Welcome to our Croatia Travel Guide. On this page you'll find all of our posts about travelling in Croatia, as well as some useful travel tips about the best time to visit, where to go, things to do, where to stay and much more.

Croatia is pretty much the film set of Game of Thrones and thanks to the hysteric fans of the hit HBO series, the country has been slammed by over-tourism for the past decade or so. But most of the crowds are concentrated around Dubrovnik (aka King's Landing) and parts of Split, so you can still get away from the worst of them quite easily. 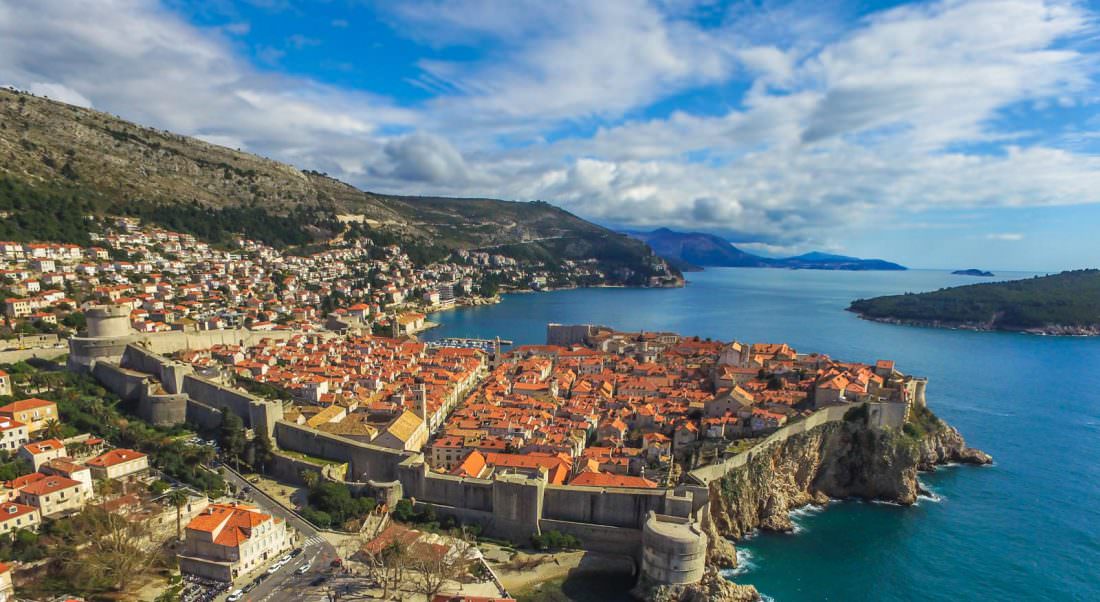 While Dubrovnik is the most scenic architectural masterpiece found in the country, visitors are often wowed by many other places that didn't appear in the TV series.

When we visited Croatia, we decided to rent an apartment in live in Split for 3 weeks before setting off on a road trip across the country. Split has a fantastic medieval center known as Diacletian's Palace, some lovely nearby beaches and a nice park set on a hill overlooking the city.

Whether you visit Croatia only for the Game of Thrones film sights, or you're here to see more of the country, it's a Mediterranean destination that impresses visitors at every turn. From perfect white sand beaches to ancient cities and pristine national parks, Croatia has it all.

Below you will find all of our latest Croatia travel blog posts which include not only our personal travel stories and experiences from travelling Croatia for more than 3 weeks, but also some useful travel information to help you plan your own trip to the region.

Game of Thrones is likely one of the most talked about TV shows of the decade. The premiere of season eight attracted a record number of over 17.9 million viewers on HBO alone; it’s obvious this series is huge, and its popularity is justified because it’s an END_OF_DOCUMENT_TOKEN_TO_BE_REPLACED

10 Things To Do in Split – A Highlight of Croatia

Croatia is fast becoming one of the best and most affordable travel spots in Europe. Split is a great base from which to explore different parts of the country. But with so many things to do in Split, it makes for a unique destination END_OF_DOCUMENT_TOKEN_TO_BE_REPLACED

We hadn’t spent much time in Europe prior to our recent 5 month trip. And now, we’re hooked on this part of the world! Check out our latest video where we share some epic highlights from travelling through Istanbul, Bulgaria, Macedonia (FYROM), Albania, Bosnia END_OF_DOCUMENT_TOKEN_TO_BE_REPLACED

We left Europe just a couple of weeks ago, and apart from seeing some of the top places to visit in Greece, England and Spain in the past, this was our first big trip to the continent. Having now completed 5 months in the region, END_OF_DOCUMENT_TOKEN_TO_BE_REPLACED

We had wanted to visit the magical city of Dubrovnik for many years, ever since we saw photos of red-tiled roofs surrounded by a towering stone wall, with the Adriatic Sea crashing against the cliff side below. Every photo we saw was simply stunning. Oh ya, END_OF_DOCUMENT_TOKEN_TO_BE_REPLACED

There are numerous things to see and do in Dubrovnik. This is one of Croatia’s – and all of Europe’s – most scenic old towns. In this article, I’m going to tell you everything you need to know about travelling to this beautiful walled city so that END_OF_DOCUMENT_TOKEN_TO_BE_REPLACED

A Guide to Travelling in Split, Croatia

When trying to decide where we would stay for a couple of weeks after the tourism conference in Turkey, we immediately thought of Croatia. After some research, we decided on Split, which is the second largest city in the country – it’s not too big, but END_OF_DOCUMENT_TOKEN_TO_BE_REPLACED

Tips For Planning a Trip to Eastern Europe

We announced our travel plans on our YouTube channel a couple of weeks ago, and since then, our days and thoughts have been consumed with planning this epic trip. As with preparing for a journey anywhere in the world, there are many things to END_OF_DOCUMENT_TOKEN_TO_BE_REPLACED

When To Travel To Croatia

May to June and July to August or even into early-September offer visitors great weather in Croatia.

In the Spring months (May - June), temperatures are moderate and the crowds aren't too bad. At this time, the sun won't be baking you while you're walking around seeing the sights and it won't be so cold that you'll need a jacket either.

In the early summer, the coast is at its best and the Maestral winds make for great sailing.

The snow starts to melt in Croatia around early-March and doesn't usually return until November.

July and August are the peak tourism months in Croatia and when I say peak... I mean peak. Hotels and restaurants can be booked up, prices sky rocket and you'll be shoulder to shoulder in many of the popular tourist destinations.

Summer is not the busiest month though. It's second to the ski season in winter, when prices on the slopes are often hiked 50%-70% higher.

This contrast between coastal Croatia and the ski resorts means that you can comfortably visit the country at any time of year and have a great time.

We visited Croatia the first time in February and spent most of our time in the cities of Split and Dubrovnik. I have to say that it was a bit too early in the season for a non-ski holiday in Croatia. Many restaurants were still closed for the winter season and it was quite cold and gloomy.

We are returning this year in May and expect a much more pleasant visit, although we're ready for quite a bit of crowds.

We recommend the below companies to help you with your Croatia travel booking, planning and insurance. We recommend them because we personally use and trust them, but the links below are also affiliate links, which means we receive a small commission if you purchase products or services from them. It will never cost you extra and we appreciate your support.