15 Eating Customs Every Traveler Should Know Before Digging In

Have you ever sat down to a meal in another country and realized that all the locals are staring at you? Not sure what you did to warrant this unnerving attention? Something as little as using the wrong hand to pick up your food or ordering the wrong thing can draw attention, and brand you as a clueless tourist in the eyes of the locals. I’ve found myself in this situation more than a few times, and having learned the hard way, I now try to avoid such awkwardness by checking food customs before traveling to a new country. To help you avoid being labeled a clueless tourist, here are 15 eating customs every traveler should know before digging in.

Who knew there were so many rules about where to place your utensils while eating? The generally accepted practice is to place your fork and knife either straight up and down or in a 10 & 4 o’clock position with the fork facing up. But if you’re dining in England or Argentina, you should set your fork face down on the plate.

You might also want to know that setting your utensils in an inverted V or alongside your plate means you’re just resting. If that’s not the case and you’re actually done eating, don’t be surprised if the waiter asks why you didn’t like your meal. 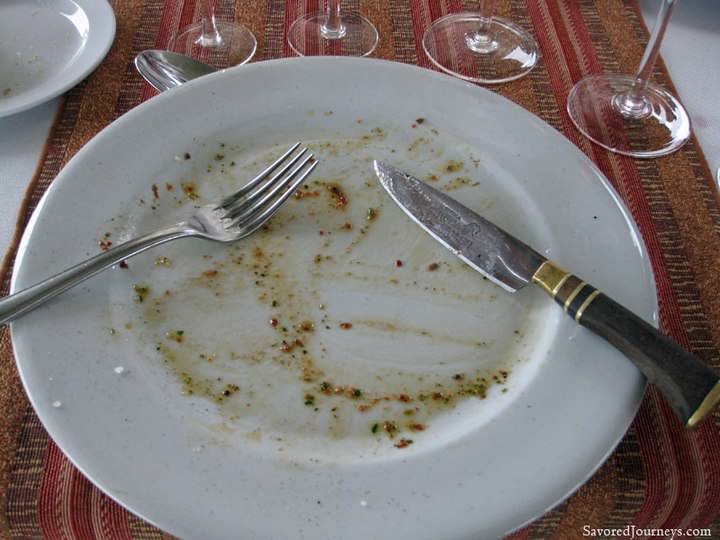 What Time Is Dinner?

In both Spain and Argentina, eating takes place much later than in the rest of the world. Lunch is generally served between 2-3pm, and don’t expect restaurants to open any earlier than 9pm for dinner. We arrived at 9pm for dinner once and were the only people in the restaurant for at least an hour. The waiter was less than thrilled. If you don’t want to embarrass yourself, show up no earlier than 10pm.

What Should I Do With My Hands?

We’ve been taught that it’s rude to put our elbows on the table, but in Spain, Russia and Mexico it’s frowned upon to put your hands below the table. They should be kept where everyone can see them, so resting your arms (not your elbows) on the table is fully acceptable.

In India and many Middle Eastern countries, you should never place your left hand on the table or touch your plate with it. Nor should you eat with your left hand, which is reserved for other functions that shouldn’t be mentioned at the dinner table.

In Chile and Brazil, it’s not acceptable to touch your food with your hands. In Brazil, even pizza and burgers are eaten with a fork. However, in Ethiopia and India, everything is eaten by hand.

In Argentina and Bolivia, there are very specific rules for how wine should be poured. Pouring wine backwards into the glass or pouring with your left hand indicates that you dislike the person for which you are pouring.

In Italy, ordering a cappuccino in the afternoon or – gasp – after dinner will surely elicit stares from the locals, who never drink cappuccino after midday. Similarly, in Spain, espresso is only drank after a meal. In Turkey, coffee is not drank first thing in the morning. A cup of traditional Turkish coffee is to be consumed only after a meal, never before breakfast. To be safe, wherever you’re headed, you should study up on your coffee-ordering etiquette. 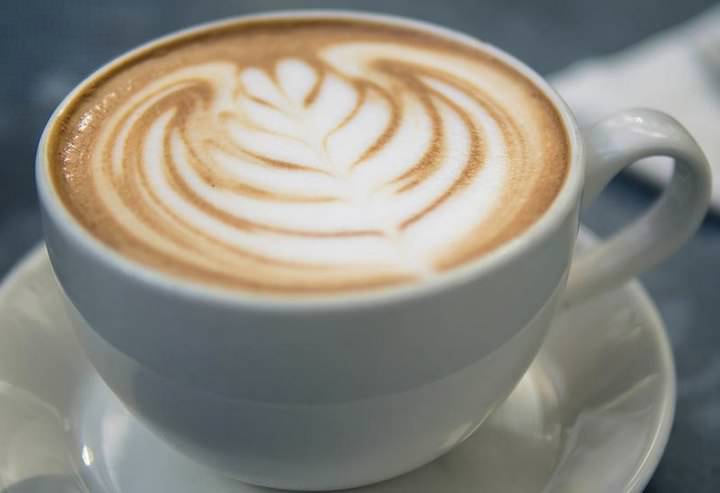 Eating With a Fork

Thailand is not a place where chopsticks are frequently used, but you shouldn’t plan to eat with a fork either. You will be given a fork and a spoon, but the fork should only be used as a means of pushing food onto the spoon. Never put the fork in your mouth.

In Europe and Argentina, you’ll always eat with a fork in your left hand and a knife in your right. If you’re doing it right, there’s no need to put either of them down, unlike in the United States where we often switch between fork and knife in the right hand. The European method is really much more efficient.

May I Get You a Drink?

If you’ve ever drank with friends in Japan or Korea, you already know that it’s a sign of respect and admiration to pour drinks for one another. It would just be sad if you poured your own. You should also be sure your drinking partner’s cup never goes empty.

In Russia, it’s considered rude to turn down a drink when offered. And once you’ve been handed that shot glass of Vodka, it’s bottoms up! There’s no sipping allowed. You can throw that rule out the window when you’re in Greece, where the national spirit, Ouzo, is meant to be sipped slowly.

In Japan and France, cleaning your plate signifies you’ve had enough to eat and enjoyed the meal, while in other cultures like the Philippines, Cambodia and Egypt, it signifies the opposite and you will either have greatly offended the chef or be served more. In China, always leave a bite on the plate to signify that you are finished.

The (Dubious) Use of Chopsticks

Who knew there could be so many rules wrapped around two little sticks, especially in Japan. But if you plan to eat in an Asian country without branding yourself a helpless tourists, you should learn these basics.

Never plant your chopsticks into a bowl of rice vertically. This is how rice is offered to the spirit of a dead person, and no one wants that reminder while eating.

Likewise, at a Buddhist funeral ritual, the bones of the deceased are passed from person to person using chopsticks, so you don’t want to be caught passing your food that way.

When eating from shared plates, use the back-end of the chopsticks to dish up food.

Never point your chopsticks directly at someone or use them to point at a dish.

Don’t spear food with your chopstick. 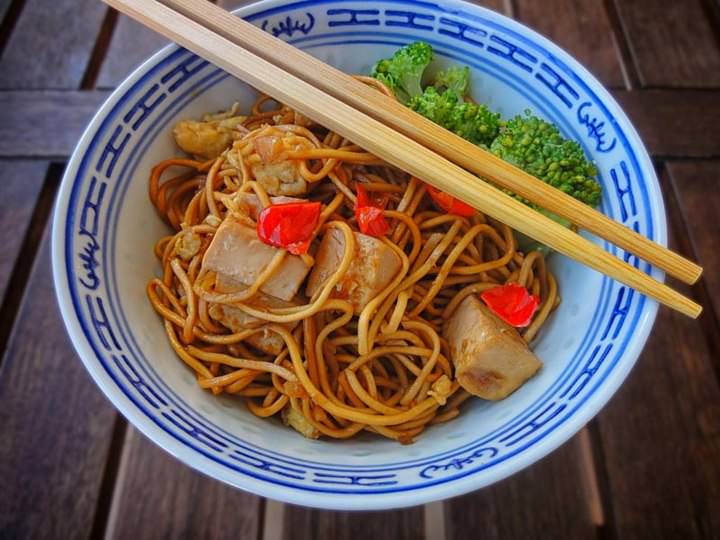 In Korea, the eldest person at the table should take the first bite before anyone else digs in, and when you’re drinking with someone older you should always turn your head or back away from them as a sign of respect.

Most of us know that it’s impolite to turn down a drink in Russia. This also applies in Japan and Korea, where refusing at least the first drink is antisocial.

But what about when you’re served foods that are questionable or are downright gag-worthy to your unaccustomed palate like fish eyeballs, deep-fried spiders and intestines? It is an insult in countries like China and Denmark, to refuse food, so the best course of action is to at least try a bite. You might also consider telling your host that you are allergic or unable to eat it due to dietary restrictions, to avoid insulting them. 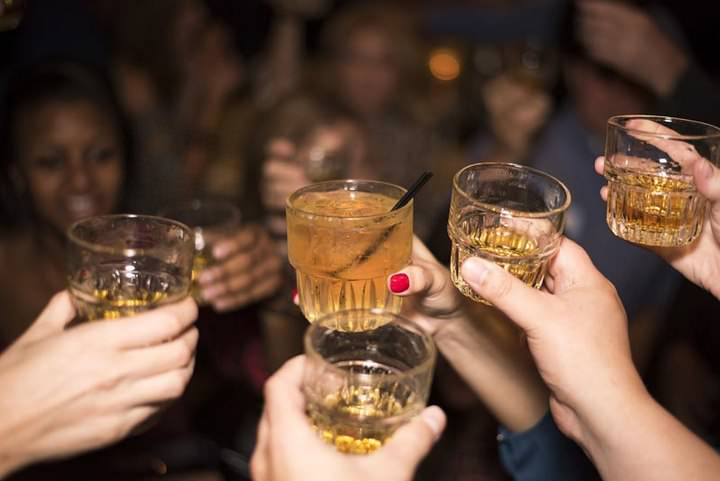 It may be acceptable in the United States to ask for ketchup or an extra side of sauce or dressing, but in some countries like Egypt and France, asking for condiments or salt is akin to telling the chef he hasn’t seasoned the food properly. If you still decide to ask for a condiment, make sure it’s one they’ve heard of. I can’t tell you how many people I’ve overheard asking for Ranch dressing outside the United States. You are guaranteed to be scoffed at or given a blank stare when asking for Ranch.

In many countries, you’ll be served bread with your meal, but do you know what to do with it? French bread is always served with a meal in France, but it’s not meant as an appetizer. It’s meant to be used as a sort of utensil to scoop up and transport food, much like a knife would be used.

In Ethiopia and India, bread in the form of Injera and naan, is always served with a meal and it, too, should be used to scoop and shovel food into your mouth. Just remember never to stick your fingers in your mouth as you eat it.

Throwing Garbage on the Floor

In Spain, we were surprised to find a trashy mess strewn over the floor of bars while participating in a traditional pinchos crawl, and were flummoxed when we couldn’t find a trash can for our napkins. Turns out you are expected, even encouraged, to toss your trash on the floor (olive pits included). The messier a bar gets, the better it must be!

With all the different views on tipping around the world, it is imperative that you check tipping customs before heading to a new country. In the United States, you’ll offend the waiter if you leave anything less than 15% (20% is expected), but in Japan or Korea, you’ll equally offend the waiter if you leave any tip at all. Many countries call for leaving your extra change or rounding up the bill, but you don’t want to be that person who violates the tipping customs.

These 15 eating customs barely scrape the surface of what is acceptable in one country and completely insulting in another, but you’ll certainly spare yourself some embarrassment by taking note of these basics. Always check the etiquette before your next International trip.

Have you encountered an eating custom that you had to learn the hard way in your travels? We want to hear about it. Share your experiences in the comments! 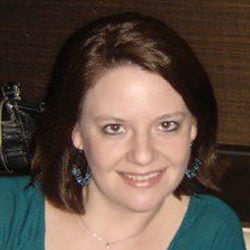 Laura Lynch is the writer and creator of the travel blog, Savored Journeys. She caught the travel bug over 20 years ago and has been traveling the world ever since. She has an insatiable appetite for culinary travel and she tells of the food and wine adventures she and her husband Nick have had around the world on her blog.