5 Drunken Decisions That Changed Our Lives

Most people would recommend that you don’t make big life decisions while under the influence of alcohol, but in our experience, this simply isn’t the case! Some of our best (and most life-altering) decisions have come while we were heavily into our favourite red wine, or deep into our 3rd round of cocktails.

Here are 5 decisions we made while slightly intoxicated which ultimately changed our lives forever.

After our first backpacking trip around Southeast Asia, we returned to Canada with the intention of saving enough money for another world trip. So the idea of travel was originally there, but after living at home for a few months the idea of “investments” and “buying homes” slowly crept back into our minds.

We eventually started considering investing in property in Brazil. We figured we would have a good chunk of change in the bank by the time we were scheduled to go travelling, but everyone was talking about Brazil being a “BRIC Economy” and the perfect place to buy property.

Our focus left travel and went towards the dream of once again owning a house. Of course, this time the intention was to flip the house to earn lots of money to spend on travel, but still, it would have delayed our travel dreams for at least 2 years. 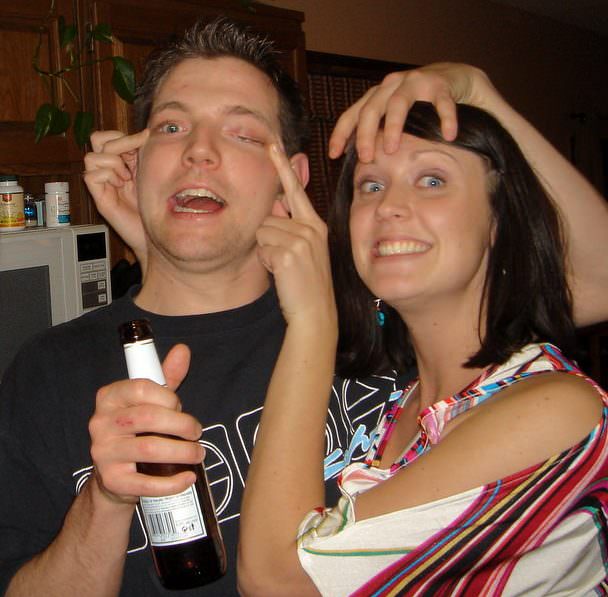 Luckily, one fateful night in our rental apartment in Calgary, we decided to make some lime daiquiris. The first went down nicely and the conversation began with our dream property in Brazil, but as the sweet nectar made its way into our bloodstream and started to affect the synapses in our cerebral cortex (I made that up), our conversation turned to travel.

By the third daiquiri, the idea of buying property in Brazil went completely out the window and we were back to talking about travel. We decided that if we bought a property in Brazil, we’d be once again tied down, and would have to work for 2 more years, which could potentially destroy our dreams of world exploration for good.

That night, we not only ditched the home-buying plan, but we bumped up our departure date from our original trip plan by three months.

The next morning we woke up with headaches and a new lease on life. The plan stuck however, and about a month later we were on a plane heading out on our second world trip.

This trip eventually led to us starting a travel blog which has now earned us far more than the best property investment in Brazil ever could have.

Okay so the original idea of starting this blog was made while completely sober (boring), but the actual focus, niche and layout of our original website was decided over a few beers.

We were travelling in the Philippines at the time and while we had already bought our domain and moved over some of our posts from a free blog account, we hadn’t really done much else with the site.

We decided to take our computers to a little cafe in the village of El Nido on Palawan Island. As the sun dipped in the sky, the funky little cafe with decent wi-fi, turned into a bumping bar with discounted San Miguel beer. Why not? We thought. Couldn’t hurt.

Three (or six) $2 beers later and our entire website was laid out on post-it notes in front of us. We decided how the menu would look, what parts of the blog we would focus on and what the theme of the site would be (at that time, budget backpacking).

Again the buzz wore off overnight, but again, the ideas stuck. I used those post-it notes (and a few hundred Google searches and YouTube tutorials) to create the site as we had planned it to be that night.

After a few glasses of delicious red wine, we decided that we should travel to Cuba before it was “too late”. A thought that many had before us, and millions had after. At one point, we nearly invited our travel insurance broker to come with us on the trip. In hindsight that wasn’t the best idea, but the plan to go to Cuba was! 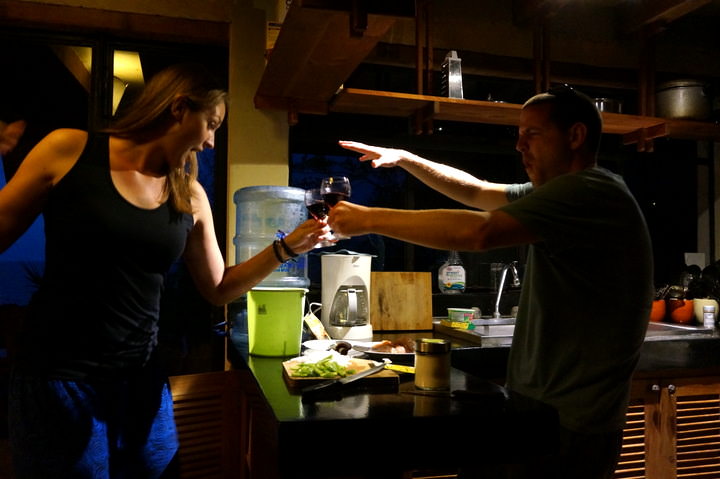 Even though we had paid for our apartment on the lake for another month, we left after just 2 weeks of planning.

We had the time of our lives in the country and while Cuba is by no means “ruined” or “tainted” to this day, it is already very different from when we went. Maybe it didn’t “change our lives”, but we would have never been able to see Cuba as we did had we not gone on that trip.

We couldn’t be happier that we decided to crack that second bottle of wine that night.

We had spent time on deserted islands in Mozambique just months before, but we had 3 locals with us. Spending a couple of days on a deserted island with no one to catch food for us, or to help us out if anything went wrong was something we had never done.

It was another afternoon in El Nido, just a few days after the blog’n’beer night. We met a couple from the UK and for some reason, we decided to drink a lot of local Tanduay rum together. 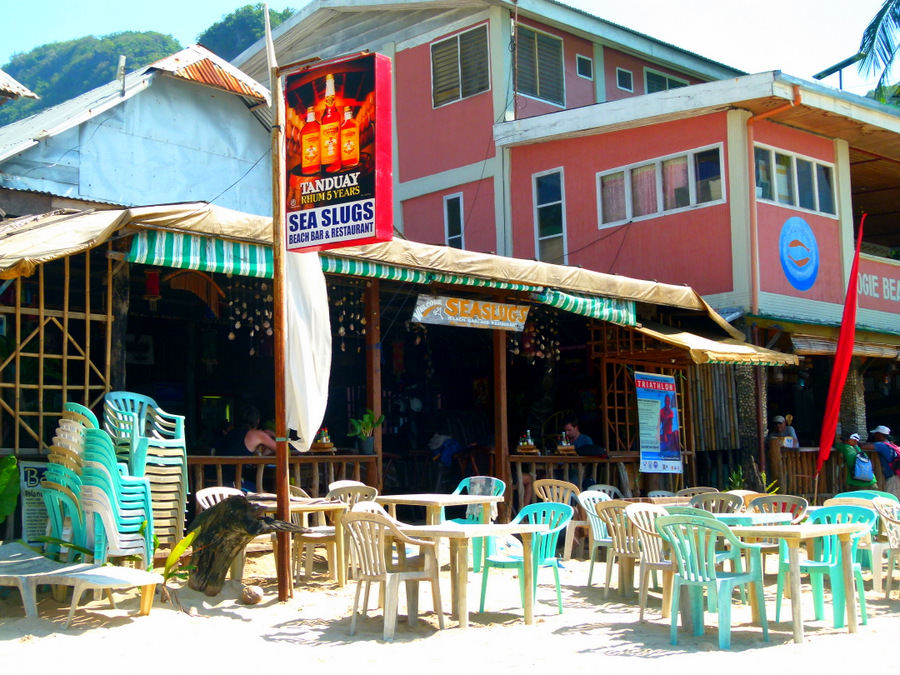 After about an hour, we were that annoying table that everyone hoped would shut-up. Dariece and I are usually the ones rolling our eyes at people like that, so we’re a bit embarrassed to think back and realize how loud we were being at this romantic beach restaurant!

Anyways, as the moon came out and the rest of the people cleared from their tables, we remained… eventually closing down the place and moving to the sand. It was there on the beach next to an empty bottle of rum, that we hatched a brilliant idea.

We were going to hire a fisherman to take us to one of the deserted islands in the sea, drop us off and leave us there for 1 night, 2 full days.

Luckily we didn’t plan to go that night (although the idea did float around). We wisely decided to sleep on it and see if we were still keen in the morning. 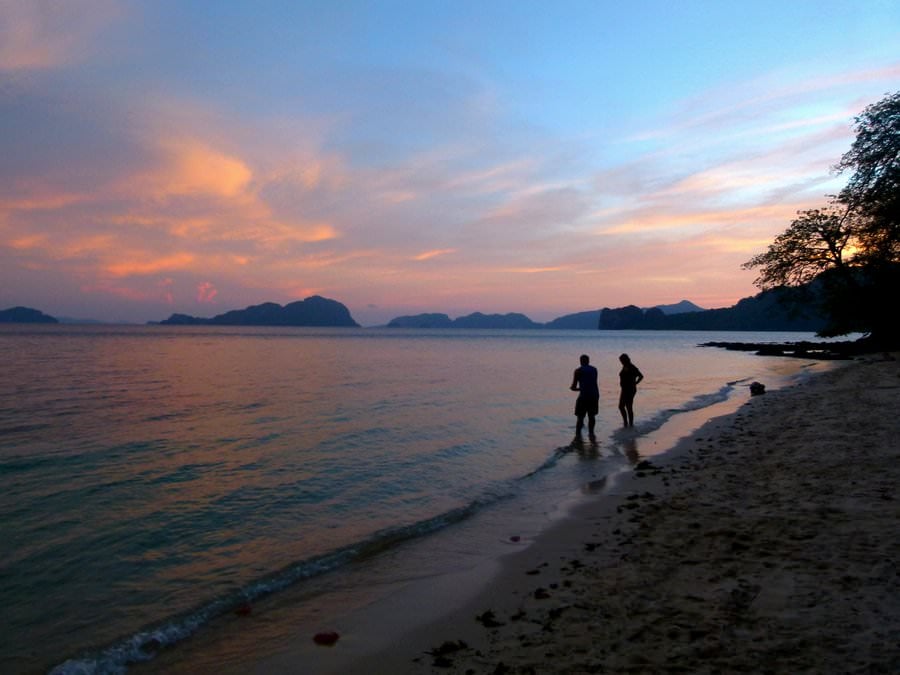 Again we woke up with a hangover, but again, the dream was still alive. We met up with our friends that morning, purchased some provisions, found a boat to take us and the next morning we were standing on a beach on an uninhabited island!

We tied knives to sticks and tried spear fishing. Failed. We tried to light a fire by rubbing sticks. Failed. We even tried to make a little shelter. Failed. Basically by night fall we were eating spaghetti and chatting by a fire that we started with newspaper and a lighter. 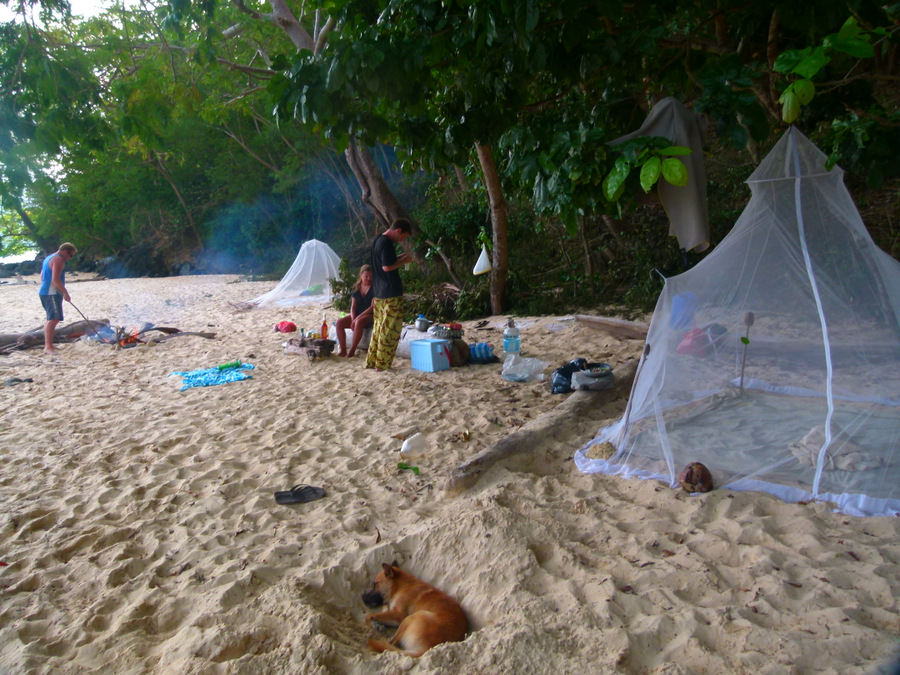 It was still a blast and we will never forget that amazing night with a couple of people that we had only known for 24 hours prior to the adventure.

This had always been a huge bucket list item for me, so scratching it off my list did change my life and gave me a greater respect for nature and made me realize how terrible I would be at surviving on a remote island if it ever came to that.

5. “We Should Start House Sitting”

Okay so maybe you’re thinking that we’re alcoholics by now, but this time we only had a couple of beers, I swear! We had just arrived in Samarkand, Uzbekistan, and during our trip through Central Asia, this was one of the few times we even saw alcohol (so maybe we were extra susceptible to its effects).

We met up with a guy from Japan and he bought us a few beers. We sat at our guest house for a couple of hours with him and chatted about travel and his home in Tokyo (we are still in contact with him to this day). After he left, Dariece and I decided to set up our first house sitting account.

We signed up at TrustedHouseSitters.com, put in some photos, created our profile and voila! We were ready to get our first job. Just a month later we had a message from Julia in Grenada requesting that we come take care of her “divine Spare Dog” in the Caribbean.

This was the dream job! A beautiful home on the beach with a furry little friend. We got that job and the world of house sitting and living in Grenada truly did change our lives drastically.

This is where our blog went from a side-income to a full-time career. This is where we realized our love for slower travel, which ultimately means that we forge friendships with local people and learn more about the culture and customs of a place.

We’ve since pet sat in Costa Rica and Barbados and we’ve returned to Grenada three times. We actually refer to this island as our home base. We’ve also rented apartments in Mexico, Guatemala and Malta. House sitting and slow travel is the way to go!

We should drink more! But in all seriousness, it seems that our best, most spontaneous decisions are always made after a sip of the sauce. While some people might frown at the theme of this post, we believe that they would agree with it 100% if they were drunk while reading it.

There have been many more great decisions that we’ve made over a glass of red wine, but they didn’t qualify as “life changing” as these 5 did. If you’re ever in doubt about a major life decision, have a glass of wine, relax and hash it out with a friend. If you wake up sober and still think it’s a good idea, then you can thank the hootch for helping you with your conundrum. 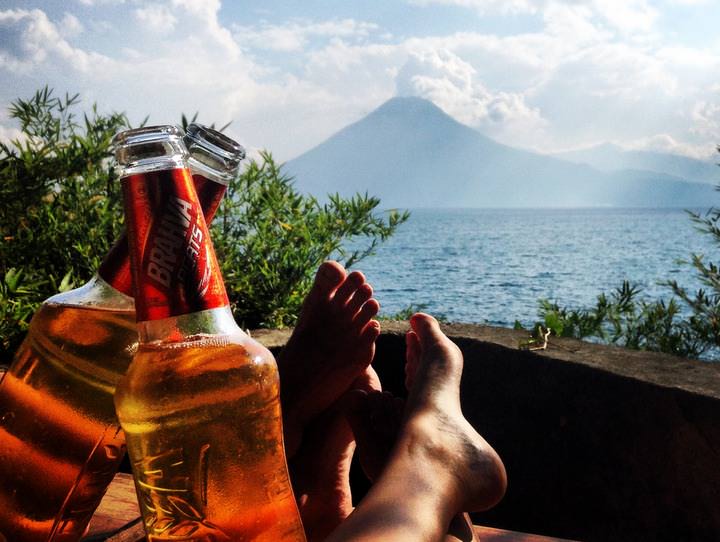 Have you ever made a decision while drinking? Did it turn out well or horribly bad? Tell us in the comments below. 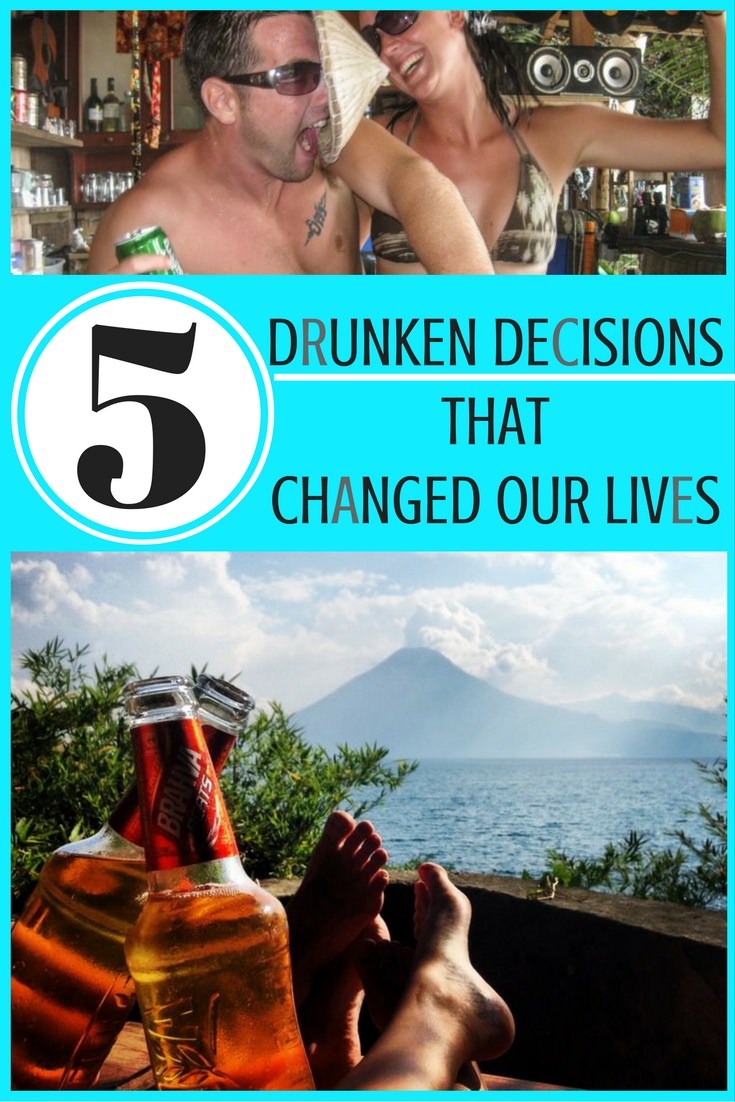 32 thoughts on “5 Drunken Decisions That Changed Our Lives”