5 of the Best Mediterranean City Breaks

The following article was written by Tom Mcloughlin (aka Backpacker Boy). Read more about Tom in the Author’s Bio at the bottom of this post.

There are many wonderful destinations to explore in the Mediterranean region. These range from small idyllic islands to bustling cosmopolitan cities that are rich in history and culture. If you’re looking for a city break in the Mediterranean, these are five of the best when it comes to natural beauty and history.

The 15th-century city wall that surrounds the beautiful Croatian coastal city of Dubrovnik is a sight to behold. Dubrovnik, which is also known as the Pearl of the Adriatic, has a rich and intriguing history.

You’ll see some fabulous views of this ancient city and the crystal waters of the sea from the top of the stone walls. Dubrovnik’s ancient wall is one of the best-preserved in all of Europe and the orange rooftops of the old city and numerous historic landmarks can be found inside of it.

You’ll come across several old forts and museums while walking the medieval cobblestone streets as well as other examples of unique architecture.

Athens has the honour of being Greece’s largest city and capital. It has been the centre of Greek culture and civilization for close to 4,000 years. It’s also regarded as the oldest city in Europe.

The ancient, 5th century BC ruins mix well with modernization to provide visitors with the best of both worlds. You go on a luxury city break to Athens with cyplon.co.uk without exploring its famous historical locations such as the Agora, the Acropolis, and the Parthenon temple, where you’ll also see the most spectacular views of the sprawling town below. Traditional Greek dishes and wines will please your palate while listening to tales of Greek mythology and Gods.

The famous port city of Marseille is a popular cruise destination that lies in southern France. It’s been a crossroads of trade and immigration since being founded in 600 BC by the Phoenicians.

The famous monument is brimming with paintings, plaques, and war medals with some of them dating back to the 13th century. The structure, which was built in Roman-Byzantine style, sits on top of the highest point of Marseille and offers some breathtaking views.

The historic city of Rome will keep you busy for days on end with its many amazing sites, restaurants, museums, and shops.

One of the most famous ruins is the Colosseum. This fantastic structure has been gracing Italy’s largest and capital city with its presence for over 2,000 years now. It was constructed between 70 AD and 80 AD and used as a venue for numerous types of events such as gladiator competitions.

Rome is truly a cosmopolitan city that also offers a wide array of influential culture, Italian cuisine, architecture and artistic treasures and there can be no better way to experience the fascinating city of Rome other than by a private tour.

The Roman Forum is another must-see site along with Vatican City the Vatican Museum, St. Peter’s Basilica, the Il Vittoriano Monument, and Piazza Venezia.

This thriving and attractive seaside city lies next to the Mediterranean Sea in Turkey’s Mugla Province. It’s home to a bustling, working harbor and certainly can’t be considered a tourist trap even though it sees thousands of visitors a year.

There are plenty of shops and restaurants to check out along with some historic ruins to explore around the scenic city. There’s a small ghost town nearby named Kayakoy, which can easily be hiked to and you’ll be able to soak up the sun, swim and paraglide at the beautiful sandy beach of Oludeniz. Museums and galleries are aplenty with the Tomb of Amyntas being Fethiye’s most-recognizable site. 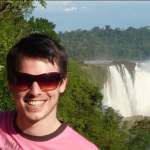 Tom is a traveller and writer at backpackerboy.com which documents his adventures around the world and travel tips picked up along the way. His favourite destinations include Honduras, Sri Lanka and Spain.