Our Travels in Athens, Greece

We arrived in Athens, Greece on May, 7th and when we arrived at our hotel we were amazed. After spending over a week in our hotel in Beirut full of plugged toilets, plumbing problems and pubic hair, we were amazed at the incredibly clean room in Athens. I guess this is Europe and the room cost us $50 but it could’ve been worth thousands of dollars compared to Hotel Valery in Beirut.

The owner seemed confused when we asked to see the room before staying the night. He looked at us with a dumbfounded expression and I was tempted to explain to him that our last room was a blanket covered, stench box with a toilet hole under the bed, so a close inspection of this room was not an insult, just a new force of habit. The room, of course, met our standards and was far more than we expected, so we took it and headed out on the town.

Our first day we took a walk down to Monistraki Square which is a really funky, cobble stone, hangout spot for both locals and tourists. On the way we stopped in a really lively outdoor market with fish hawkers yelling out their products in Greek and butcher shops offering free samples of sausage.

We must be back in the first world, some things here are ACTUALLY FREE! We were still pretty tired from our early morning flight and travel day so we headed home just as the sun was setting. This is when we first realized that we were staying in the East Hastings of Athens. Prostitutes swarmed around every corner calling out to any passing male with loud kissing sounds. We watched plenty get picked up and even more get turned down.

See Also: Our Massive Guide To Travelling in Greece

There were drunks and junkies everywhere. Dariece was a little concerned but I thought it was some of the best people watching of my life. That night we slept like babies, it could have been because the bed sheets were clean, it may have been that the mattress was more than an inch thick, or that there was no mosque blaring prayers at dawn through distorted loud speakers, or that there was no drainage pipe under our bed, whatever the case I don’t think we’ve slept so well this entire trip.

The next day we got up early (around 9:30) and went downstairs to enjoy the free breakfast that our hotel offered. It comprised of hard boiled eggs, bread, cheese, Greek yogurt, OJ, fruit, ham and coffee. It was delicious. After breakfast we headed out on a walking tour of Athens, loosely following the suggested sights in our guide book.

Because it was Sunday there was a special, changing of the guards ceremony at the parliament buildings. We missed the changing of the guards in England so it was really cool to watch this one. They were dressed to the nines and a whole marching band blocked of the street for about 10 minutes while groups of traditionally clad soldiers stomped in rows diligently showcasing their incredible balance.

Well their balance was incredible until one of the soldiers slipped on the marble ground and slammed hard on his ass. He may have seriously injured his tailbone to a chorus of gasps from the thousand or so tourists who were watching. The severity of the fall may have been why a silence befell the crowd, but that silence was quickly broken by Dariece and I laughing. We were the only ones to find the situation humorous and as the soldier slowly made it back to his feet we gained our composure and continued filming the amazing spectacle.

Mid-way through the show the crowd of a thousand or so tourists were ambushed by school children. Their teachers prodding and pushing there way through the mob of tourists trying to get the kids a front row seat. A couple of other tourists yelled at them saying that they should have come earlier. Dariece and I just laughed as the drama unfolded, although I may have thrown an elbow or two for good measure. After we had seen enough of the guards we hastily left the agitated mob, giving up our much wanted front row seats to a group of aggressive tourists.

After the show we continued on our walking tour which took us by some impressive roman ruins in downtown Athens and finally led us up to the top of The  Acropolis to its crown, and the most famous and important ancient site in Europe, The Parthenon. The Acropolis was beautiful and its Pentelic marble columns positively glow in the afternoon sun, however, after sites in Egypt and the Middle East, the Parthenon itself was slightly underwhelming.

Perhaps now we are snobs for ancient wonders. After winding our way down the hill of the Acropolis through parks and cobble stoned lanes we found ourselves back in Monistraki square were we settled in for a delicious Greek lunch of warm pita with tzatziki, lamb skewers, and a block of feta cheese drizzled with olive oil and oregano. It was amazing. It may be my Greek blood or my love for lamb, but I find the food in Greece to be some of my favorite.

The last day in Athens we didn’t end up doing to much. We had a bunch of errands to run, yes backpackers have errands. We tried to mail stuff home and do laundry but that didn’t work out. But we did manage to get new passport photos, buy groceries and Dariece got a haircut. It’s a tough life over here, tons of things to do on our days off… but we manage.

At the end of the day we were stopping to get some espresso when we noticed some skateboarders in the main square. Watching from the coffee shop we quickly noticed that they weren’t just regular skaters. They must be professional. They were attempting kickflip to nose grind on a marble rail about 10 feet high. And they were filming it with tons of high end equipment that was set up all around the square. I got some awesome footage of the jumps and some good photos as well. We couldn’t take our eyes off it and probably ended up watching for a couple hours. Not exactly what I expected to be doing in Greece but it was cool nonetheless.

The next day we boarded the ferry headed for the island of Santorini. The 8 hour journey was rocky, rainy, windy, and extremely cold. Until we realized (around the last hour or so) that there was a nice warm inside area complete with soft chairs and plug-ins for the laptop. We saw it on the way up to the deck but there didn’t appear to be any room so we just froze on deck until we realized that people had got off on different islands and left empty seats. So we went down there, plugged in the laptop and watched some Modern Family while we cruised toward our first Greek island. Santorini, here we come! 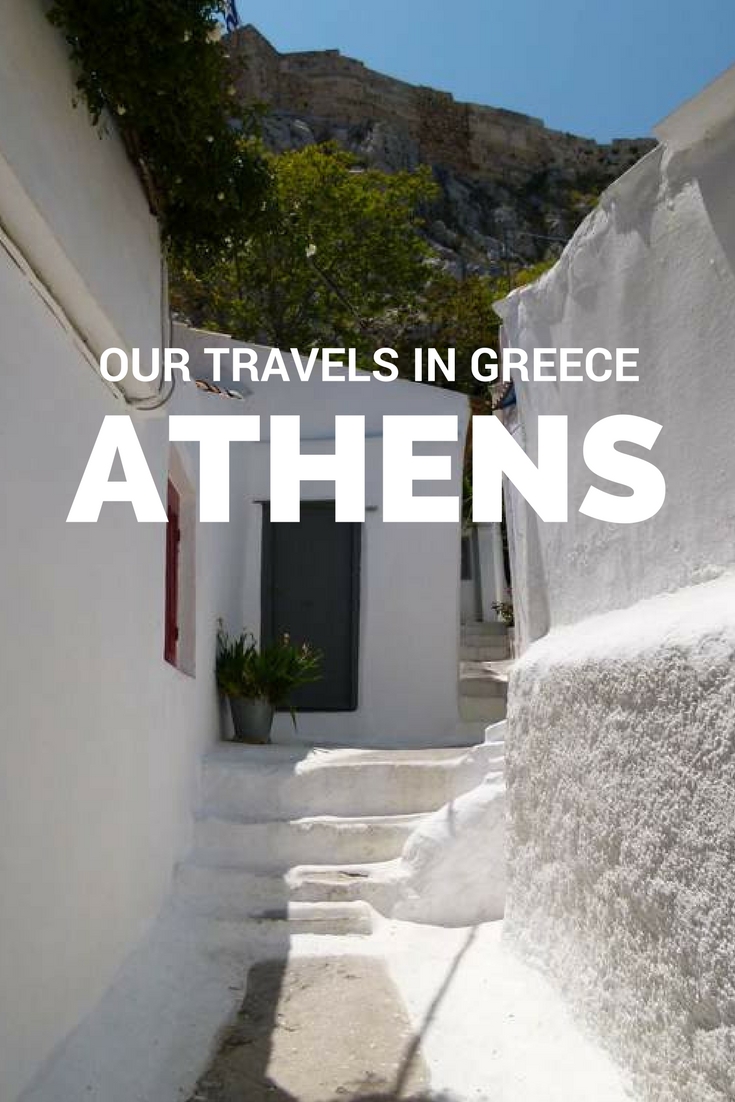 Chios Greece is quite possibly the most fascinating island we’ve been to, certainly in Greece. We’ve all heard of the popular tourist spots of Crete, Santorini, Mykonos and Corfu, but what about Chios? With medieval villages, a unique culture, welcoming locals, exquisite beaches (one of the best beaches in Greece that we saw) and traditional ...
September 24, 2022
By:
Dariece Swift

Where to Stay in Naxos: Best Areas and Villas

Naxos is one of the most varied and exciting destinations in Greece. The island has something for everyone, from stunning beaches and historic sites to lively nightlife. However, with so much to see and do throughout the island, it can be tough to decide where to stay in Naxos, Greece. The best place to stay ...
September 8, 2022
By:
Alex Tiffany

15 Best Things To Do in Naxos, Greece

The largest island in the Cyclades, Naxos is known for its varied and mountainous scenery, stunning beaches, crystal clear waters, picturesque villages, rich ancient history, and unspoilt natural beauty. Discover the best things to do in Naxos in this guide. I’ve spent time on many of the Greek islands, and Naxos is definitely one of ...
August 22, 2022
By:
Alex Tiffany
About
Contact Us
Work With Us
Start Here
Start a Blog
Privacy