Our Bout With The Dreaded Chikungunya

This Tuesday started like any other Tuesday in Grenada. We woke up, enjoyed a light breakfast and then brewed a pot of coffee to take with us to our upstairs office, where we planned to work for the day. We sat down at the computers and began plugging away. Before long, the sun was creeping into the large screened windows and I was starting to get hot. I took off my shirt to cool down and that’s when Dariece saw it…

A massive rash was covering my entire body. We both knew what this meant instantly. Chikungunya has become somewhat of an epidemic here in Grenada and the rest of the Caribbean. It’s a mosquito-borne illness similar to Dengue Fever and Malaria and the symptoms include an itchy rash, followed by headaches, high fevers, joint pain, nausea, insomnia, vomiting and diarrhea.

The virus enters the bloodstream when a mosquito bites the skin and it attaches itself to the white blood cells, then multiplies as it moves through the body. It attacks and infects the epithelial and endothelial cells, primary fibroblasts and monocyte-derived macrophages which causes the immense pain and swelling in the joints, knuckles and connective tissues.

This is not something I was looking forward to enduring, but Dariece doesn’t have a licence to drive in Grenada so we both knew that if we didn’t go get the medication right away, we’d be stranded at home without the drugs we needed to fight off this terrible virus.

So, we hopped in the truck and headed straight for the nearest hospital. We were in to see a doctor within a half an hour. He took one look at the rash and told me that I had Chikungunya and that all I could do is take antihistamine for the rash, and paracetamol and ibuprofen for the immense joint pain and headaches that were sure to follow. He smiled and told me I wasn’t alone. It was only noon and I was already his 25th case of the day!

We headed back home, ready for the onslaught that was on its way. It was a weird feeling because up until that point the only symptom I had was the rash. No fever, no headaches, no joint pain… but that was all going to change soon.

I fell asleep and woke up a couple of hours later. My joints were beginning to ache and I was running a fever of almost 40°C (104°F). I was thankful for Dariece’s health because she was taking good care of me… until I noticed a rash all over her body. Chikungunya isn’t contagious but it is likely that we were both bitten by the same infected mosquito. Looks like we were going to have to face this one together! 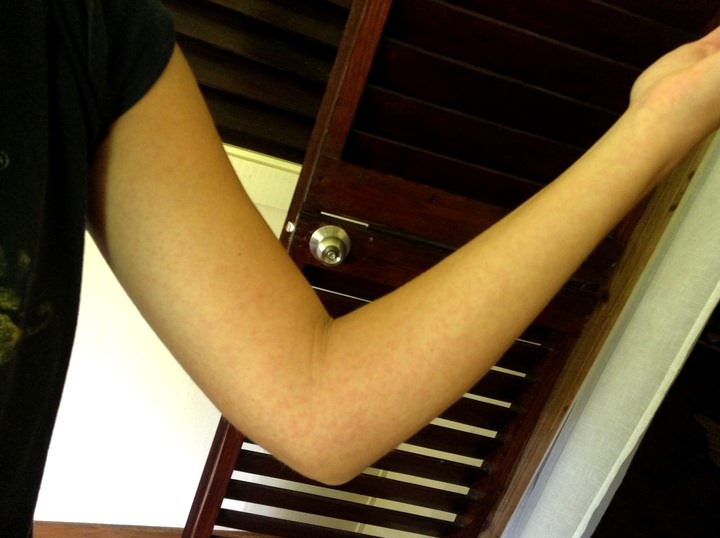 The sickness hit us both hard and by the middle of the night we were both fighting off terrible fevers. But by far the worst part of this sickness is the joint pain. I say is and not was because I sit here writing this post, over a week after contracting the virus, and my limbs and joints are still stiff and sore.

That first night was the worst. We both fought our fevers continuously, taking our pills like clockwork to try to limit the swelling, pain, and high temperatures. The joint cramps intensified and it felt like the slightest bend would cause the cartilage to crack. If I bent my elbow for just a minute and then straightened it out, it felt as though I had slept on it for an hour, so stiff was the joint. My knuckles were so tender that it felt as though I’d been clenching my fists for days on end, and my knees felt like they’d been bent backwards.

The fevers abruptly subsided after 48 hours and all that remained was the brutal rash, headaches and the discomfort of the joints. The aching limbs hadn’t gotten at all better after 5 days and the rash seemed to be getting worst, the constant itch making it almost impossible to rest at night.

Another symptom of the illness is insomnia and Dariece and I both experienced entire nights without any sleep. Most of our tossing and turning was probably a direct result of the horrible and ongoing symptoms. We did everything we could to fight off the pain. We forced back the brutally bitter local remedies of papaya and soursop leaves and lemon grass tea, but nothing seemed to ease our ailments. 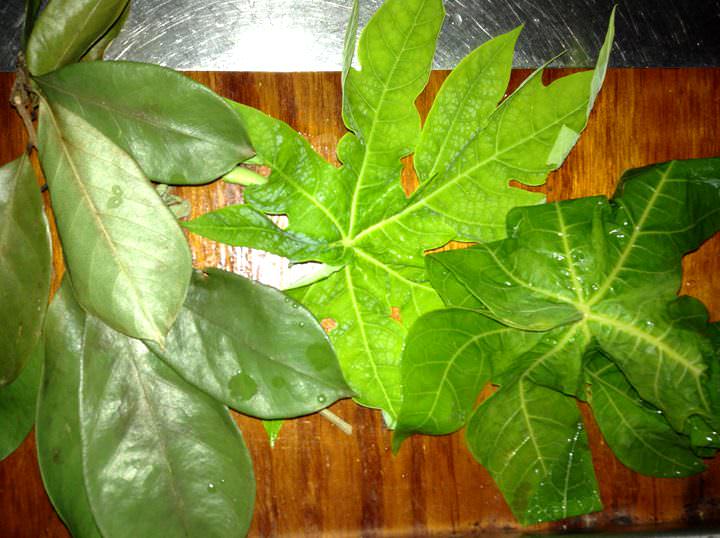 Today, more than 8 days after first seeing those awful rashes, we’re still feeling the pain in our joints, enduring the itch from our skin legions and don’t have much energy.

So far we consider ourselves lucky. Many people have complained of joint pain so bad that they cry out in agony as their elbows, knees and ankles swell to twice their normal size. Some people have had fevers of over 41°C, while others have even died from the virus. Our joint pain, while still prevalent, is definitely subsiding now, but other patients have complained of the aches and swelling carrying on for months or even years! One of our readers sent us some helpful tips on kicking the virus, and she had it far worse than us… just read her account here!

Let’s just hope that doesn’t happen to us!

While this was a nasty virus and I wouldn’t wish it on my worst enemy, we’re happy that we didn’t have it as bad as so many other suffering people in Africa, Asia and the Caribbean. Perhaps our previous sicknesses have helped to prepare our bodies for the sudden onslaught of an unwanted viral intruder. Whatever the case may be, we’re both very happy to be on the mend and we hope to be back up and out of this damn bed soon! 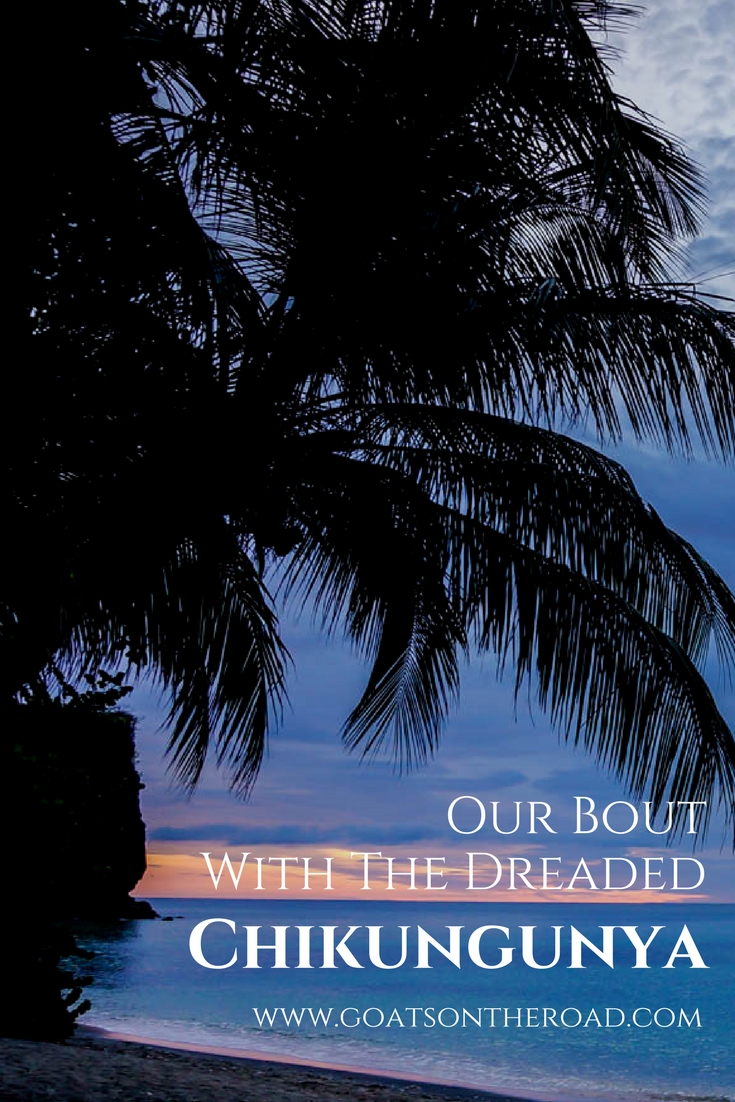 61 Best Things To Do in Grenada, Caribbean

The island of Grenada in the Caribbean is a true jewel. There are numerous things to do in Grenada, but there isn’t a lot of information online about this tiny island nation. We’ve lived here for over 5 years, so we know lots of unique things to do in Grenada and this blog has more ...
May 5, 2022
By:
Dariece Swift