Our 21 hour travel day began by us taking the hour-long train ride from downtown Istanbul to the underground train line that would take us to the airport. From there we checked in, walked around and had something to eat. It was the biggest and busiest airport we’ve ever seen. There are over 500 gates here, while Calgary only has 40 or so.

Our first flight was from Istanbul to Dubai with Emirates Airline. It was 4 hours of very enjoyable flying. The plane was massive with more leg room, big TVs on the back of the seat in front of us with over 200 movies and lots of TV shows, but the best part was the food…they gave us a menu and we had penne pasta with grilled chicken in tomato sauce, a salad, bun and butter, cheese and crackers, a big piece of chocolate cake with whip cream and a piece of chocolate…together with red wine!

The food was amazing, which is hardly ever said about airplane food. We were very impressed. We arrived at the Dubai International Airport at 2:00am and waited until 4:00am to take off to Cape Town. That leg was with Emirates Airline as well but the plane was a bit older and a little smaller…still great food and service though. We slept for about 5 hours of that 9 hour flight.

We were so excited to arrive in Cape Town! Our little Chevrolet Spark car was waiting for us at the airport and we took off towards the downtown area. The car is a standard and they drive on the left hand side of the road here, so everything’s backwards for Nick, but we made it out of the airport and to our hostel with no problems.

We were so stoked to be here that we put down our luggage in our room, had a quick shower and headed out to check out the area. Each country we visit we have to adjust the way we travel accordingly. We have to change our thinking, the way we dress, and the way we take care of ourselves and our belongings.

So far on this trip we’ve always carried our back-up cash and our passports on us at all times and we haven’t worried about leaving valuables or electronics in our rooms and if we bring out a backpack for the day there’s no problem having expensive gear with us. Things are quite a bit different in South Africa where crime rates are high…mainly in the bigger cities, like Cape Town. We don’t wear anything flashy (even cheap jewellery), we lock the extra money and passports in a safe in our room..with our padlock as extra security, I don’t wear a purse anymore, Nick has a concealed money belt instead of a wallet in his pocket. It’s all part of travelling – a new country, a new way of doing things.

We walked around our area and got familiarized with it and then headed to Long Street where there are lots of restaurants and bars. Along the way we passed some gorgeous churches and old Victorian style buildings. Our first meal in South Africa was a masala dosa, which was our favourite meal in India.

Technically it was considered eating the local cuisine because in South Africa there are many different cultures. Back in the 1600s the first slaves were brought over from India, Indonesia, Malaysia and Madagascar by the Dutch. Over the last 4 centuries the mixing of these people, the British, Dutch and Portuguese that settled here, and the local black population created the “coloured” community that exists today. Currently 80% of the population is black, 9% is white, 2% is Asian and 9% is coloured…which makes for a very diverse and interesting culture, as well as 11 official languages!

As it is winter here in the South, the days are shorter. It’s dark by 6:00pm and not light out until around 8:00am. Much different than Turkey where it was light outside until 10:30pm and the sun came up around 5:00am. The weather has been fantastic. 25 degrees and sunny today, a perfect day for going up to the top of Table Mountain by way of a 1086 meter high gondola…yes, a gondola. No one was “wiggling about” so there won’t be a ridiculous hidden camera portion in our next video. The floor of the gondola rotated so everyone was able to have a 360 degree view of the city from above and the mountain.

Once at the top the views were amazing. We went for a hike around the mountain and were able to see the Cape of Good Hope. It was a great day.

After that we headed off to the waterfront/harbour area of town. Along the way we saw some kids dressed in traditional African clothing and were singing and dancing to a drum. It was awesome. African music and dance is amazing and something I could watch for hours on end. We stopped at an “all you can eat” sushi place!!! You can imagine how excited Nick was.

After that we continued walking and made it to the beautiful waterfront area. What a sight it was…massive yachts tied up in the quay, huge gorgeous buildings with waterside restaurants attached, cobblestone lanes and seals patrolling the waters! We were able to see a few heads pop up but apparently they are out during the morning so we’ll come back again to see them.

We saw a dance group performing as well on the street. They were amazing. Men and women dancing to choreographed music consisting of bongos, xylophone and maracas; it was exactly how you would imagine traditional African dancing being. It was too beautiful to put into words.

We also went to see the new stadium that was built for the 2010 FIFA soccer championships. It seats 68,000 people and cost $571 million dollars to build! Crazy. We walked and walked and walked today and saw almost every corner of the city. PENGUINS tomorrow!! 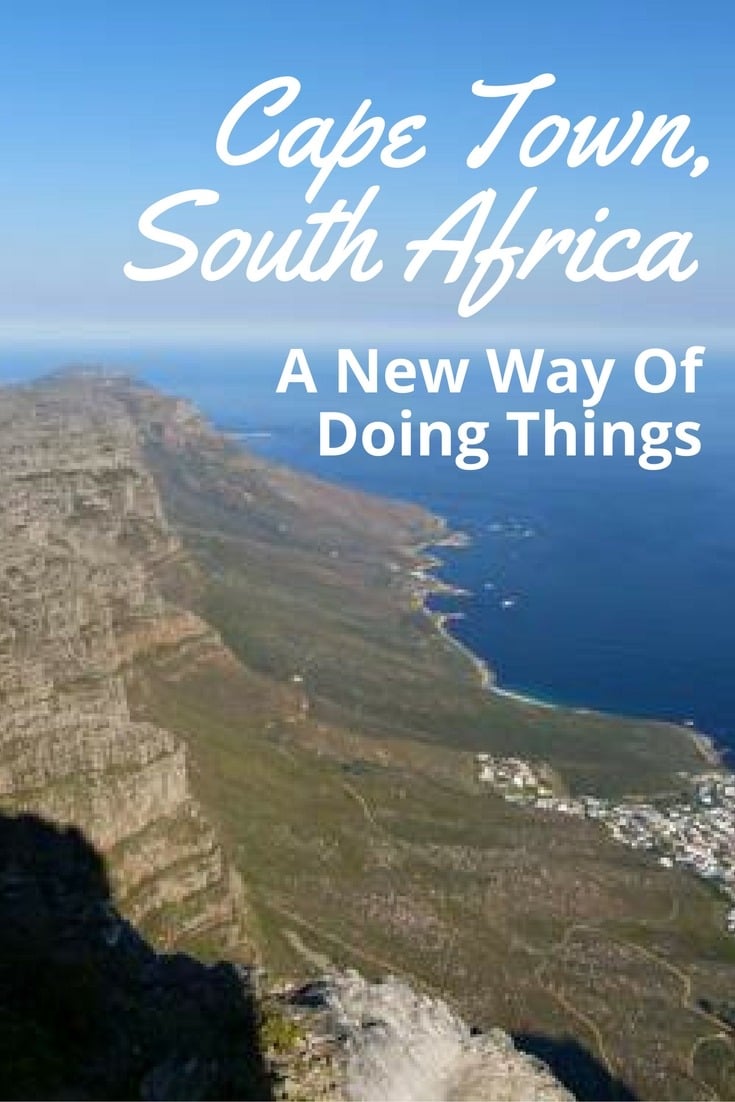 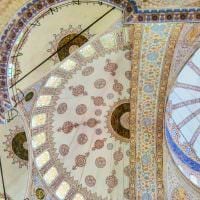 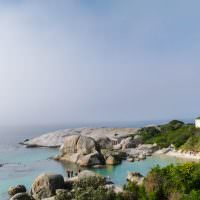