The Highly-Anticipated Journey to Our Caribbean Paradise

The moment we had been waiting for had finally arrived! This was the day we were to fly to our new home in Grenada. We had been thinking about this day ever since Shiraz, Iran, when we were offered to come to this West Indies country and pet-sit a divine dog named Spare. After enjoying two months of backpacking through Southern Mexico and two weeks on the stunning northern Cayes in Belize, it was finally time to fly to the temporary home of our dreams!

We were debating whether or not we should spend a night in Belize City before flying out the following morning. We’d heard mixed reviews about this city, with the main consensus being that it’s quite a dangerous place. We always heed the advice of locals before deciding to go somewhere and even the Belizeans we spoke to didn’t want to go anywhere near their capital city.

We didn’t mind missing out on seeing the sights of Belize City, we were quite content sipping on rum punches at the split, watching the sun set into the water and enjoying the laid-back vibe of Caye Caulker.

So, we took the risk of leaving the island on the same day that we were flying out to Grenada, via Miami, USA and luckily for us, it all worked out. We boarded the 7:00am ferry from Caye Caulker to Belize City, then took an overpriced taxi to the airport ($25USD), checked in for our flight and made our way to immigration.

After our immigration issues leaving Mexico and entering Belize, you’d think we would’ve learned to look at our entry and exit stamps, but I guess not. As we were walking to the immigration booth to be stamped out of Belize, Nick and I looked at our entrance stamp – which expired the day before.

We were only given 2 weeks in Belize, instead of 1 month!

Why the power-tripping woman in San Pedro only gave us 2 weeks was a mystery, but there we were, with expired visas, about to board a plane to our Caribbean dream home. As we made our way to the booth, we were preparing to pay a fine for over-staying our visa, or, potentially missing our flight as immigration sorted us out.

Luck was on our side again. They didn’t even look at our entrance stamp, they just stamped us out of their country and we were on our way. Again, thank you Belize for being extra chilled out and relaxed, even at immigration!

We boarded our American Airlines flight and settled in for the 2 hour journey to the United States. I’ve been to the States a few times in the past and Nick went to Disneyland when he was really young, but apart from a quick layover at the Seattle Airport, we’d never been to our neighbouring country together.

Our flight to Grenada had a 22 hour layover in Miami. So, we got ourselves a motel near the airport for the night and spent the evening walking around a beautifully lush neighbourhood and eating at a quaint little diner.

Our stop in Miami was quick, and unfortunately we didn’t have a chance to head down to South Beach or go salsa dancing at one of the happenin’ night clubs. But that’s ok, we had just spent the last 2 weeks on beaches, and would be sunbathing for the next 7 months as well. And even though we took a few salsa lessons in Mexico, we still have zero rhythm!

We slept soundly after our long travel day and eagerly awoke for our All-American Breakfast at the nearby diner. We were almost as excited for the all-american breakfast as we were for the final leg of our journey to Grenada!

We still prefer to arrive 3 hours before our international flights and It’s a good thing we stuck with that tradition; the Miami Airport has the SLOWEST service and check-in process that we’ve ever encountered.

We waited in line for 1.5 hours just to get through security.

We then made our way to immigration to be stamped out and walked through the massive airport to find our departure gate. By the end of the airport formalities, we only had about 30 minutes before our plane was to depart.

As our row was called to board the flight, huge smiles crossed our faces. It was finally happening! After waiting for this moment for four months, we were on our way to our first overseas pet-sitting job. Nerves, curiosity and excitement crept in as we boarded the plane to Grenada, a country we had never been to before, but one we would call home for the next 7 months.

Stay tuned to hear about our life on the adventure-filled, stunning island of Grenada! Click Here to find out how you too can find the temporary home of your dreams! 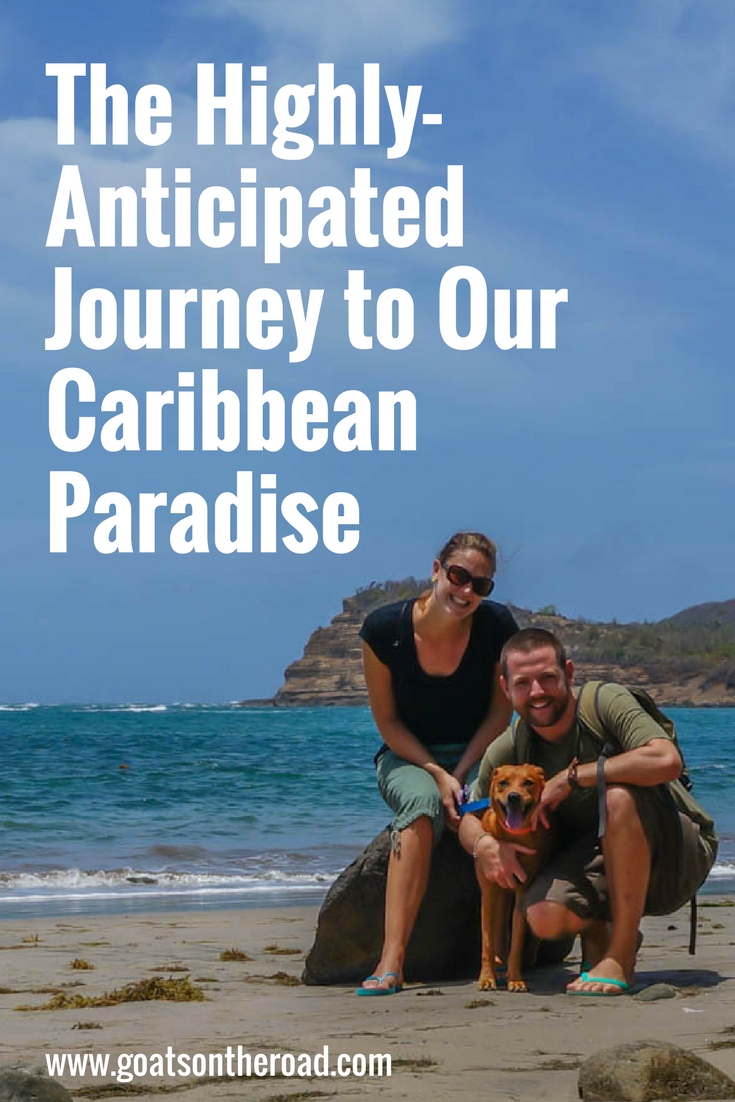 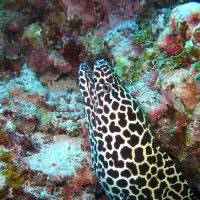 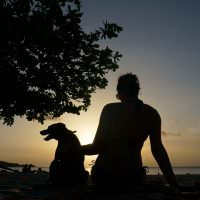 Living in Grenada – Our Caribbean Paradise (With Video)

14 thoughts on “The Highly-Anticipated Journey to Our Caribbean Paradise”