Our last day in Yangon was spent hanging out, recovering from our overnight bus journey, having a nap and chatting with other travellers. We had our final sweet tea, samosas and noodle dishes and were off at 5:00am the next morning to the airport. We slept most of the plane ride and shared a taxi to Khao San Road with a German couple.

We had mixed feelings about saying goodbye to Myanmar. It was one of the most traditional, organic and untouched countries we’ve been to, with some of the most friendly, most genuine people we’ve ever met. However, after having not seen a speck of sand in over 3 months, and after having been freezing cold for 2 of those months, we were dying to lay on a beach.

It was scorching hot in Myanmar, about 30 degrees, but it was a dry heat…with no beach in sight. Landing in Bangkok is, as always, like walking into a thick wall of moist, humid air. Our skin was instantly moisturized, our nasal passages cleared up and my hair became instantly wavy. Since we’ve been to the city many times and done all of the best things to do in Bangkok (and since we were so anxious for the sea and sand!) we only spent one night in the Capital City. 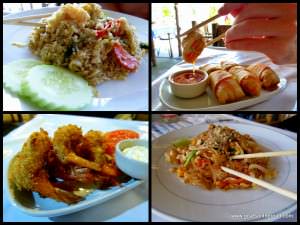 The following day we were off to the island of Koh Phangan. This is one of the more popular backpacker spots in Thailand, known for its “full moon party”. Well, actually, it’s known for its half-moon, full-moon and shiva-moon parties. Basically, if the moon is out, there’s a party!

The parties consist of all night dancing, drinking, music (trance, house, rave – music we hate) and to fuel the 30+ hours of debauchery? Drugs – speed, mushrooms, weed, ecstasy, cocaine or laughing gas. Even though the full moon party is one of the top things to do in Koh Phangan, we had purposely avoided coming to the island in the past because of it. However, we had heard there are beautiful beaches here and figured we should come and see what all the fuss is about.

We boarded the beautiful overnight bus from Bangkok to Surat Thani, slept on a bench for about 2 hours until 7:00am when we boarded another bus to take us to the pier. The ferry arrived and we took the 4 hour boat ride over to our chosen island. We were pleasantly surprised when we arrived at Koh Phangan.

This wasn’t the crazy island we had heard so much about, was it? It was quiet, the beaches were practically empty and there were hardly any tourists walking around. We would later learn that people come from all over Thailand and beyond for the week surrounding the Full Moon. Apparently there are usually between 20,000 and 30,000 people on the beach! Insane. I guess we’ll find out if this is true tonight.

We are staying at Lighthouse Bungalows and it is perfect, absolutely what we were looking for. It’s located on the southern point of the island so we have an unobstructed view of the sea and of the neighbouring island of Koh Samui. A pleasant breeze blows in our hut at night to cool us down while we sleep.

In behind the hut is thick jungle, home to monkeys, snakes, monitor lizards, geckos, millipedes, spiders and toads – that’s all we’ve seen…so far. We’ve spent many days practicing our yoga, lazing in our hammocks listening to music and reading. Just across a small bridge is a beach that is practically to ourselves, called Leela Beach. The water is clear, the sand is white and the naked old man doing yoga is priceless! Some things should not be done naked.

We have the option of staying at that beach, or, we can walk for about 10 minutes and be where all the action is – Haad Rin (Sunrise Beach). That’s where all the bars, restaurants, shops and parties happen. We are literally (in our opinion) in the best spot. Close enough to go for a drink if we want, but far enough away that we feel like we’re totally secluded and on our own private island.

The beach at Haad Rin is one of the nicest ones we’ve seen. There’s not a single rock, shell or piece of seaweed in the water, the sand is pure white and the gradient from shore into the water is a nice steady slope. We’ve spent many days there throwing around a frisbee, playing paddle ball and beach volleyball with other travellers…oh, and having some beers too.

During the evenings, we have been going to our favourite Thai restaurant (My Friend Restaurant) and trying out many different delicious Thai dishes, watching the fire twirlers on the beach, enjoying a glass or two of wine on our balcony or watching movies. One night the beach near us, Leela Beach, was having a seafood BBQ. It was $10 per person, which is well over our dinner budget so we walked away. We then decided to go back and figure out what we got for that price. Well, it turned out it was an all-you-can-eat buffet of freshly caught seafood! We were so shocked. We had a whole white snapper fish, 2 thick tuna steaks, 4 barracuda steaks, 12 prawns, 2 baked potatoes, potato salad and green salad. It was the best deal ever.

Our time here on Koh Phangan is (sadly) coming to an end. We will have been here for almost a month. Time flies when you’re relaxing. It has been so refreshing to stay put for once. We love travelling, moving around and seeing different things, but after doing that for 13 months, we were ready to unpack the backpacks and be settled for a bit.

We are boarding a boat back to Surat Thani on March 10th, then an overnight bus from there to Kuala Lumpur in Malaysia. It will be a long journey, but we love Kuala Lumpur and are looking forward to spending a few days there before flying out to the Philippines. 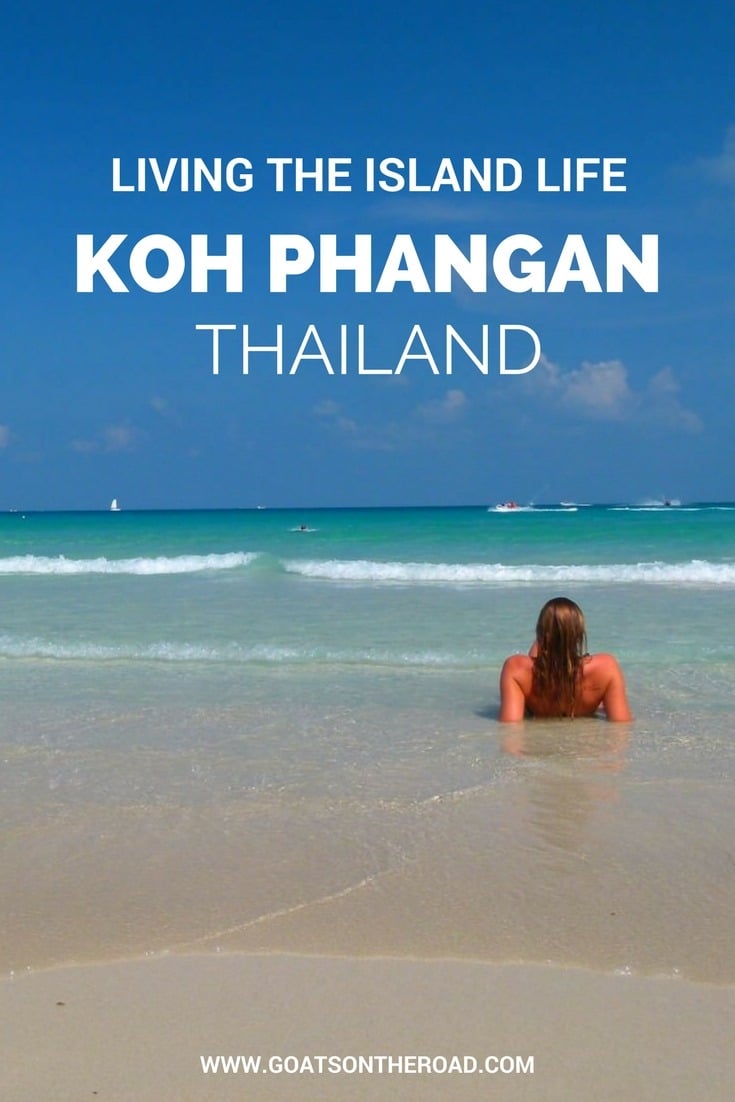 7 Best Places to Live in Thailand for Digital Nomads

Working remotely in Thailand is what dreams are made of. This article will list the best places to live in Thailand for digital nomads. Imagine working beside a swimming pool or beautiful beach and taking breaks to eat pad Thai while soaking up cool, cosmopolitan cities or amazing nature — all of this is possible ...
October 17, 2021
By:
Rose Munday

Cost Of Living in Thailand: A Guide for Digital Nomads

You may find it hard to believe, but the cost of living in Thailand for an entire month (including everything) is most likely less than your rent payment at home. As digital nomads, we’re constantly looking for places to stay for a couple of weeks, a month, a year, and Thailand is always one of ...
January 12, 2021
By:
Dariece Swift
About
Contact Us
Work With Us
Start Here
Start a Blog
Privacy