Brighton & London: Let’s Stop In For A Pint

Well, the plan to get up at 3:00am (to avoid jet lag) for 3 days before flying out backfired…horribly. We got on the plane and couldn’t sleep at all, it was so uncomfortable, the lights were on practically the whole time and we were much too tall for the seats! However, we arrived in England and the adrenaline of being in a new country and being back on the road woke us up. We were greeted by our friend, Surj, at the airport and made our way back to his and Nicky’s house in Brighton and after a couple hours of visiting, we went down for a much needed nap.

We spent the afternoon walking around Brighton with Surj and he showed us the sights.

Went to an area of the City with lanes that were lined with shops, pubs and restaurants. After about a 10 minute walk Surj suggested we “stop in for a pint”…we figured we should do as the locals do and agreed. From there we met Nicky on her lunch break…and had another pint. After that we went down to the pier and had some AMAZING fish and chips. They were nothing like what we would have back home. It was a whole fillet of cod with thick cut chips and a delicious tartar sauce. We devoured those and continued on. Nicky had put us on a VIP list for a new pub/bar that was opening and we were supposed to get a free drink.

Since we’re backpacking and are on a strict budget, we had to jump at any sort of freebie and made our way there. The bouncer asked for our ID and as Nick and I are 26 and Surj is 35, it was a good start to the night…and then we realized it was free drinks until 8:00pm, which was the best news ever because it was only 6:00! Nicky showed up and the party began. Once 8:00 hit the whole place cleared out (surprisingly. lol). The 4 of us went back to Nicky and Surj’s house for some more drinks, a dance party and late night pizza. Great first day in England.

The following morning, with a slight hangover, we got on the hour long train to London.

We were sooo excited to see all the sights that we have seen on tv growing up. First stop was Big Ben and the Parliament Buildings. We were lucky enough to go inside and see an actual debate that was going on. It was so interesting in fact that we stayed for a whole 10 minutes before leaving!

Next stop was the Tower of London and the Tower Bridge. Stopped in at a pub for a pint and some lunch, went to Buckingham Palace, the Ritz hotel (one of the rooms there is $18,000 a night!), St. Paul’s Cathedral-which was massive and beautiful, went to Chinatown for a late night dinner buffet, saw some cool street performers and went to a pub for a pint (water for Dariece). After a long, exhausting, great day in London, we made our way back to Brighton.

The next day we went and saw our friend Michelle, had some lunch, drinks, walked around Brighton and ended off with some cake and coffee. I hadn’t seen her in about 6 years, but it felt like last week. The following day Surj, Nicky and us made the 2 hour drive out to see what our English friends call “a pile of rocks”…aka Stonehenge. The English aren’t as amazed by the rocks as we are, but we thought it was pretty interesting.

From there we went to Nicky’s hometown, Portsmouth. Went to the naval base and saw some of the massive ships that were used in the war, stopped in for a pint and went to a castle!!! From there we went to a pub to watch a “footie” game and have some pints. After the game we went to a friend’s house for a Sunday roast dinner. This tradition needs to make its way to Canada. It’s a mini Thanksgiving dinner each Sunday!! The food was sooo good.

Went back to Brighton and packed up our backpacks and went to bed…off to York in the morning to see our friends Rachael and Richard. 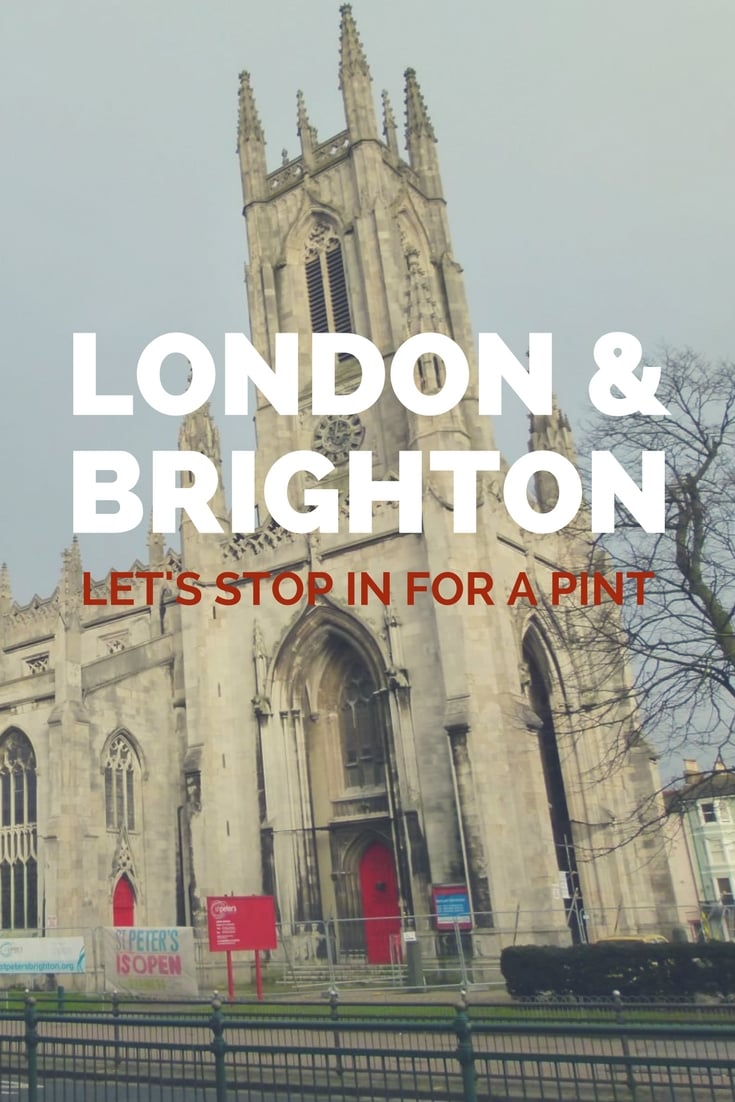 Our First Backpacking Trip – Where It All Began!

How Can We Make Our Way Around The World, When We Can’t Even Get Out Of London?