Our Trans Mongolian Railway Journey: From Beijing to Ulan Bator

It was like Christmas morning, only better. The day we had been planning and anticipating for months had finally arrived! We were up at 6:00am for our Trans Mongolian Railway departure day. We were both so excited that we couldn’t sleep the night before and even though we were totally exhausted, we were still buzzing with excitement.

We arrived at the Beijing train station around 6:45am, after navigating our way through the subway system in this massive city – which was surprisingly easy to do. We shuffled our way into the packed railway station and up to the second floor. We only waited for about 10 minutes before they called out our train…it was time to board!

Riding on the famous Trans-Mongolian Railway was something we had both wanted to do for a long time, and being greeted by the train attendant wearing white gloves was like a dream come true. There were many modes of transportation that we could have taken to get from China to Mongolia, but we both love travelling by train and were really looking forward to this journey.

We stepped onto the train and found our compartment. It was just us and another young guy from Germany. There are usually 4 people to one compartment in 3rd class, but we only had three. We lifted up the bottom bench seat (which doubled as my bed), put our bags underneath and got comfortable.

Not long after that, a man came around with sheets for our beds and tickets for a free lunch and a free dinner in the restaurant car. What?! Free food on the most famous train in the world? We were totally shocked, especially because we were in 3rd class and not 1st…or even 2nd for that matter.

As soon as we got on the train, our backpacker mode totally kicked in and before we knew it, we were chatting with other travellers about where they had been and where they were going. We were all sharing travel stories and giving tips to each other as well. We both just fell back into the joys of backpacking, and instantly realized how much we had been missing that during our year of teaching English in China.

We were maybe an hour into the journey when the landscape totally changed from concrete city life to rocky mountainous ranges! Set between the crags were small, jade coloured lakes with local people fishing. The sky was a gorgeous blue colour, the clouds were fluffy and white and the scenery was spectacular!

We were all staring out in awe of how lovely everything looked – especially Nick and I, we hadn’t seen mountains and really clear, blue skies like that for a while.

As the day went on, the landscapes continued to change – from rising, jagged peaks to flat farmland with lots of corn crops and rice fields. After that, we came to some flatter areas with rolling green hills, before the scenery changed yet again as we approached the border town of Erlian, revealing dry landscapes dotted with industrial plants.

The border crossing was a bit of an ordeal…a 4 hour ordeal! We pulled into Erlian around 8:15pm and didn’t end up leaving there until midnight. We knew it would be a long waiting time while the train had its wheels changed over from the Chinese size to Mongolian track size, so we decided to go inside the train station to exchange some money and buy some food.

As we were standing in line to buy our food, the train whistled and chugga, chugga, choo, choo’d its way down the tracks and out of sight. We both looked at each other with the same thought in our heads…did we just lose our ride to Mongolia?!

In the end the train just had to move up the tracks (but totally out of sight) in order to do the wheel change over, which would have been fine if they had let us back on the train. We could have been laying down sleeping in our beds but instead we were locked inside the station, so bored and sitting in uncomfortable chairs for 3 hours. Not to mention the fact that our bags were left on board, totally unattended.

Around 2:00am, we were allowed back on the train and as soon as our heads hit the pillow, we fell into a deep sleep. The following morning was beautiful and we just sat and looked out the window at the flat, dry, dusty desert surrounding us. We had arrived in Mongolia and were in the Gobi Desert!

During our last hour on the train we left the desert scene and it really started to look like the Mongolia we had pictured in our minds all of the months leading up to this journey. Gorgeous green steppe, rolling hills, herds of livestock and the typical yurt homes dotted the landscape all around us.

The train was hugging the mountains while gliding its way effortlessly around the bends. After 30 hours of being on the train, we arrived in the capital city of Ulan Bator. Seeing the rolling hills and the yurts was the perfect way to end a perfect journey on one of the most famous trains in the world.

Here’s A Quick Video Of Our Journey. Check It Out! 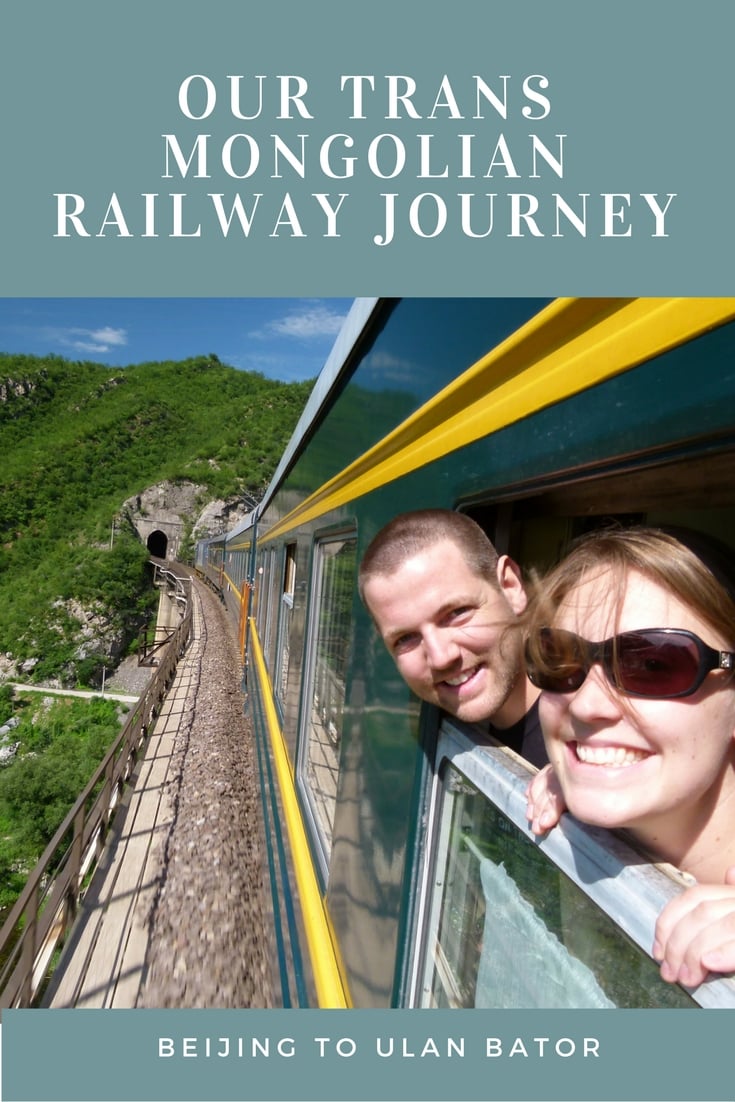 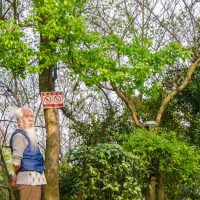 Goodbye China! We Will Miss You… 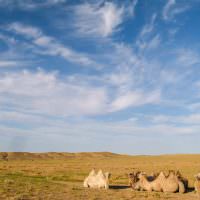 27 thoughts on “Our Trans Mongolian Railway Journey: From Beijing to Ulan Bator”