We all woke up at 3:45 am and headed down to the bus station to catch the 4:30 bus North to Pemba. Each morning became harder to wake up as our bodies were slowly running out of fuel. We slept for most of the 10 hour bus journey but woke up every time the bus stopped near a village. In Africa, many villagers make ends meet by selling various goods to the passing buses. You can pick up anything from faucets to live chickens right through the bus window.

Seeing the locals buying chickens at every stop and being woken up constantly by their “bock-bock-bocking” gave me a great idea. At one of the stops I purchased a live chicken from one of the villagers for just over $3 and he passed it to me through the window with a big smile.

I was probably the first “Mazungu” (white person) he had sold his poultry to. As I made my way up the aisle towards where Henry and Alice were sitting, the locals on the bus began to roar with laughter at the Mazungu with the frango (chicken). When I reached Henry’s seat I plopped the live bird, flapping in his lap. He grabbed it by the legs and looked at me with a such a dumbfounded look that made the chicken worth its weight in gold.

“What am I supposed to do with it?!” he exclaimed, clearly already frustrated by the flapping, cawing chicken on his lap. I said: “It is my present to you, you must take care of it, his name is Henny.” Henny is a nick-name I gave Henry when we first met so seeing as I was giving him a hen, it seemed like a suitable name for the bird.

Just then Henny’s legs came untied and it began frantically flapping and attempting a brave escape from Henry’s untrained grasp. One of the locals snatched the bird with calm dexterity, grabbed a hair elastic from Dariece’s hand, and quickly bound the hen’s legs together which seemed to calm it down.

The bus was full of laughter as Alice chose a new seat away from Henny and Henry, while the German and his new flightless friend sat nervously side by side in their seats. The locals found it even more funny when Henry and I attempted to feed the bird coconut biscuits and water.

By the time the commotion died down we had arrived in Pemba. Upon arrival it became obvious that the four of us were completely unfit to care for a live chicken seeing as we were all scared to touch it and didn’t know how to hold it without it flailing around like, well…. a chicken with it’s head cut off.

So, mostly due to Alice’s animal rights speeches and general anti-Hennyism, we ended up giving Henny to a very happy, very hungry looking local who promised he would not eat Henny and he would raise him well. My guess is that Henny was on the BBQ within the hour, but Alice felt better when the bird was out of our hands. Mine and Henry’s vision of travelling the world, playing ukulele, and dressing up our live chicken faded, as did the image of the hungry local disappearing down the dusty street carrying our feathered friend.

Although we had a lot of fun on the bus and during our long travel day, the accumulation of hours spent on the road were starting to wear us down. Tensions began to run a little high as our exhaustion and frustration with African travel set in.

We hadn’t fought, but it was clear that everyone was running on empty and with short fuses. We agreed, after much debate, that it was best to relax on the beach in Pemba for an extra day before heading North to the Quirimbas Archipelago.

It’s a good thing we did. We all felt better after sleeping in until 7:00am and spending a relaxing day at the beach. The girls stayed in the beachside restaurant while Henry and I played in the sea with the kids from the surrounding villages. We built sand castles, held them by the arms and hurled them into the water, and boosted them up to do backflips. All in all it was a great day.

That night it became apparent that staying the extra day was a good choice, Henry got talking to a German man named Urik who owns a hotel on Ibo Island, the exact island we were heading to. He explained where to catch the bus and said we could stay at his hotel.

The next morning at 7:00 am we went to the bus stop to catch the bus but quickly realised we were about 3 hours too late. Go figure, bus at 4:00am. We took a taxi to the junction outside of town where we spent a couple hours flagging down every vehicle that passed by asking for rides. In between passing cars Henry gave me some ukulele lessons as I struggled to learn the most complex of all ukulele songs, Tears in Heaven by Eric Clapton.

After hours of ineffective ukulele practice and hitch-hiking, Henry called Urik and to our amazement he was on his way to the island with some supplies (he wasn’t planning to leave that day, but changed his mind).

So he picked us up and we jumped in the back of his jeep thinking we had an easy lift. Turns out the famous acronym T.I.A (This Is Africa) rang true once again as we took our seats on propane tanks and milk crates in the back of his very full jeep.

Shortly after departing, Urik’s recently serviced trailer (which we were pulling behind us) lost a wheel and crashed down the deserted dusty road. When Urik finished cursing he explained in an odd way that we would get a couple of locals to watch the trailer while he drove us to the ferry.

So back in the jeep we got and headed to the ferry going mach 10 down the bumpy dirt path towards the sea. On the way one of the jerry cans in the back began to leak and the fumes became nearly unbearable. Luckily I was distracted by my new instrument, but by the time we arrived we all reeked of petrol and felt light headed. Except for Henry, he was sitting up front speaking German with his new friend Urik.

Urik left us to return to his trailer and as things go in Africa, we sat under a giant baobab tree, sweating profusely and waited for a ferry which never came. As the sun started to get low on the horizon, we all started planning where we would camp for the night. These islands, and indeed all of Northern Mozambique, is generally seldom visited by tourists. This was very apparent because the four of us were virtually the only Mazungus we had seen since Nampula. It also became clear that the word “ferry” refers to a fisherman’s boat who picks up passengers if he happens to be going to Ibo Island. It was 4:30pm and Urik’s boat had yet to show.

Luckily, another Mazungu hotel owner named Linda, came to the shore to pick up supplies and offered us a ride. On the way we passed Uriks boat which was running late. We sailed to Ibo just as the sun set on over the baobab tree where we nearly slept, casting a long shadow on the smooth, dark sea, which reflected perfectly the reds and yellows from the late African sky.

When we arrived in Ibo we stayed at a hotel Linda recommended named “The African Pot“. Owned by a French chef expat, The African Pot will go down as one of the best guesthouses we have ever stayed in. The rooms were clean and well decorated, the staff was friendly, and every meal was prepared to perfection by the amazing chef Stephane.

The next day we hung out and got in some much needed relaxation. Little did we know that all the exhausting travel, the bumpy bus rides with chickens on our laps and kids puking was all going to be worth it because the next week became a perfect testament to why we travel. The four of us had become close friends and as we planned our island tours and sailing trips, we knew we were in for an epic adventure. 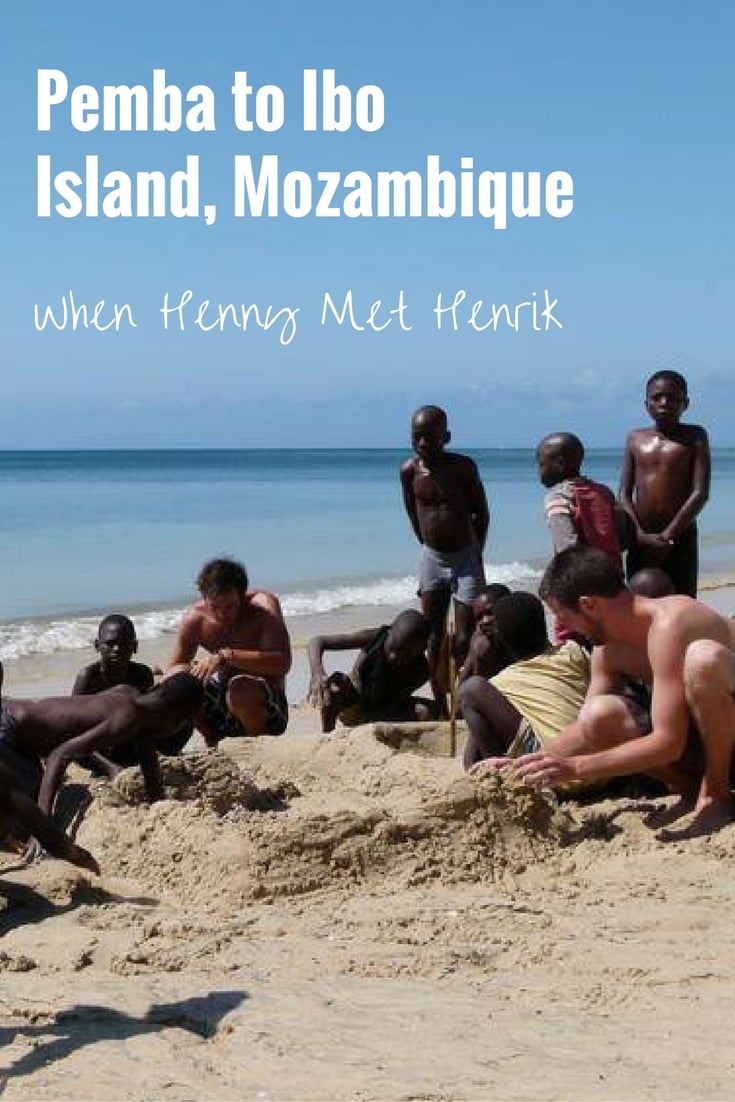 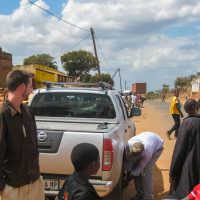 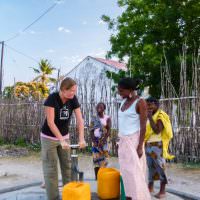 One thought on “Pemba to Ibo Island, Mozambique – When Henny Met Henrik”