If you are travelling to the Philippines, it’s likely that your first port of call will be Manila. While it’s largely a city overshadowed by the far more popular destinations within the same Philippines archipelago, the attractions and places to visit in Manila are plentiful.

Metro Manila is the metropolitan region surrounding the capital, Manila City. This region itself is composed of no less than 16 cities, all portraying a unique character. Although each possesses a different charm making them worthy of a visit, the older historic town is where most of the top places to visit in Manila are centred. 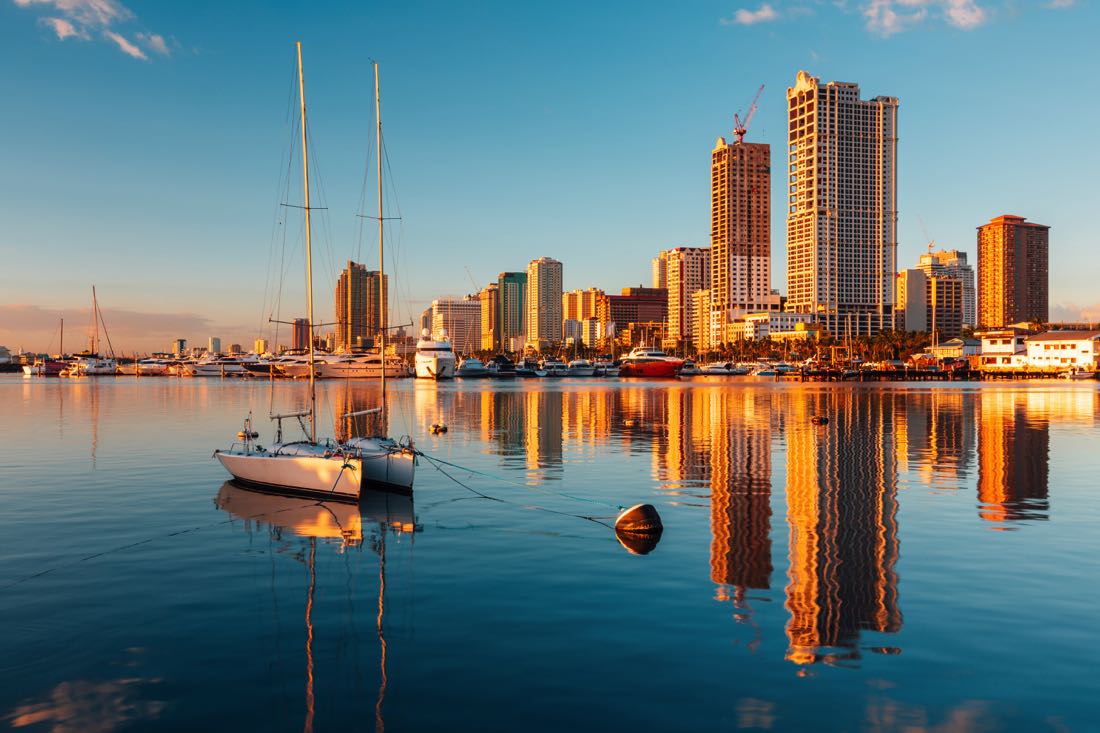 The Philippines was for many centuries a Spanish colony, and it comes as no surprise that the more historical places to visit in Manila have a Spanish flair, be it in the architecture, religion, or simply in the street name.

The top places to visit in Manila are mostly within walking distance of each other. If you are set on exploring the city by foot, you should also check out this post on a walkable day tour of Manila City.

Named after the country’s national hero, inclusive of a huge commemorative monument, this park is a welcome relief from the hustle and bustle and traffic which plagues the city. Spread over an area of 58 hectares, this urban park has as a centerpiece the tallest flagpole in the Philippines (32m) commemorating the country’s independence.

The park is divided into three sections, with the middle section considered as the park proper, and home to an artificial lagoon equipped with a dancing fountain. The lower side of the park incorporates the Manila Ocean Park.

*Note: Goats On The Road doesn’t condone the captivity and cruelty of animals, and doesn’t agree with visiting aquariums and zoos. We urge you to be aware of where your tourism dollars are being spent. To learn more about being a responsible travellers, see our article here. 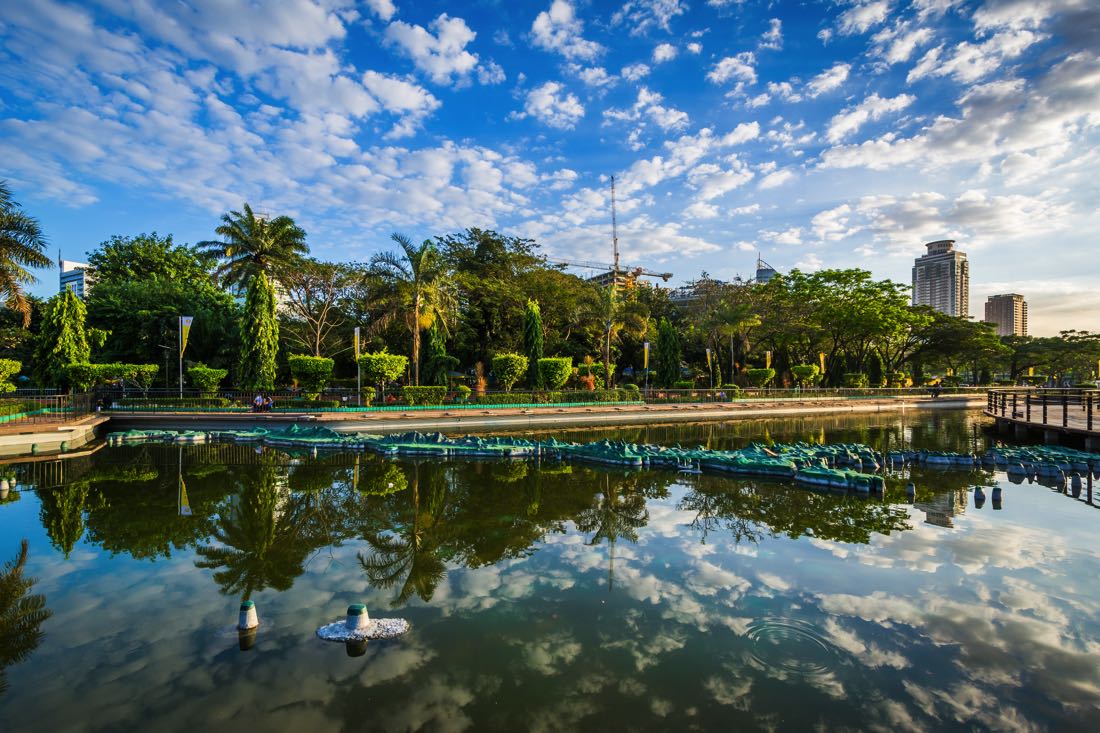 Entrance to the park itself is free and unrestricted, but at the sides, one can find a number of curated themed gardens which are worth visiting. The highlight amongst these is the Orchidarium which showcases the country’s rich variety of orchids alongside a butterfly pavilion.

The park is one of the more popular places to visit in Manila and you should expect the place to be very busy, particularly on Sundays and public holidays.

Looking for more articles about the Philippines?

It’s no secret that the city of Manila has a lot of traffic, and traffic pollution. To get away from that smog, head to the Arroceros Forest Park, an incredible green space in the city.

This 2.2-hectare (5.4-acre) park offers a breath of fresh air due to its 8,000 plants and 61 types of trees. Here you’ll find couples, families and solo wanderers just enjoying the natural beauty.

If you’re feeling overwhelmed and wondering where to go in Manila to get some peace and quiet, the Arroceros Forest Park is the best place to do just that. The park is open from 7:30am to 6:00pm.

3. Intramuros (one of the best places to visit in Manila)

Intramuros, which literally translates to ‘within the walls’, is the fortified historical centre within Manila city. Within its perimeter, you’ll find both the Manila Cathedral and Fort Santiago, the latter forming part of the same defensive structure. The whole area is mostly closed off to vehicles, reserved only for residents and special permit holders. 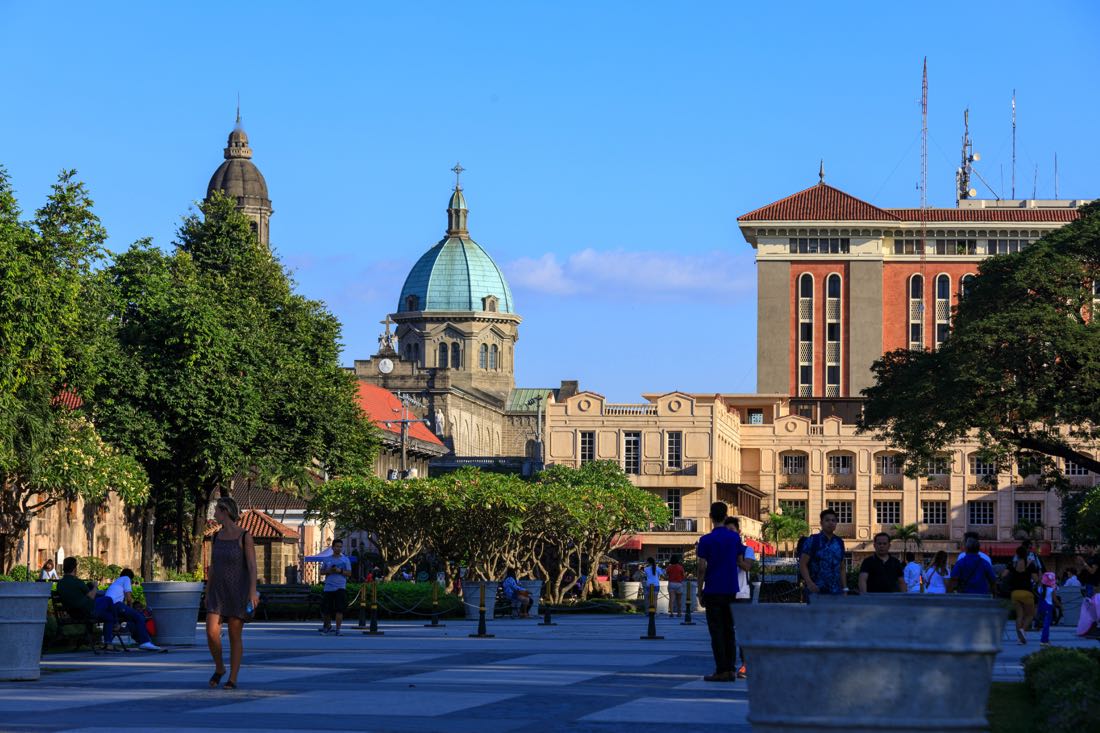 Parts of the original wall structures are still visible, although the city itself was punished considerably in WW2. It is estimated that only 5% of the original buildings survived, and just about 40% of the wall was left intact.

Nevertheless, recognising the historical importance of the site, the government of the Philippines set up the ‘Intramuros Administration’, tasked with restoring and maintaining the buildings and the surrounding walls. They are doing a good job, making Intramuros one of the best places to visit in Manila.

Currently guarding the banks of a heavily polluted and stinky Pasig River, the fort has an even darker history. Named after St. James, the patron saint of Spain, the fort originally protected the regional Spanish authorities during their rule, and was an important centre for the international spice trade.

Over the years, the fort, moat and adjacent Intramuros walls have seen multiple alterations, particularly during the American rule, which saw the moat converted to a strategically important … golf course! The oddly sited abomination is still pretty active today. 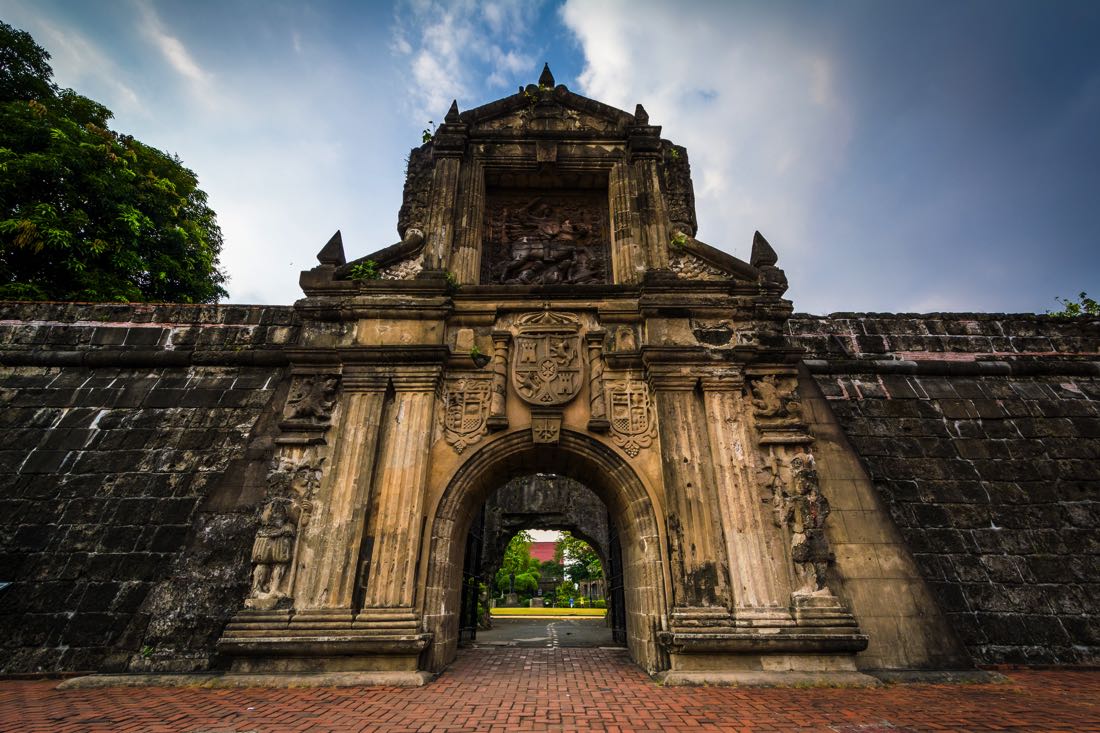 The darkest period for the fort came during WW2. The Japanese Imperial Army used the cellars to keep prisoners of war in inhumane conditions, before slaughtering all closer to the end of the war. The cells have recently been refurbished and are open for visitation.

On the grounds of the fort, you may notice a trail of stainless steel footprints. More recently, at the turn of the 20th century, the fort was the location where the national hero and demigod Jose Rizal was imprisoned until his execution.

A mock-up of his cell has been reconstructed and the footprints indicate his last steps from the cell out of the fort towards his execution spot.

Where to Stay in Manila

Here is a list of the top 3 rated, affordable properties in Manila. Click on the links and check them out for yourself! 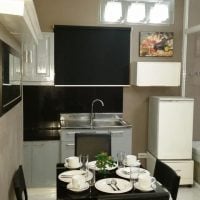 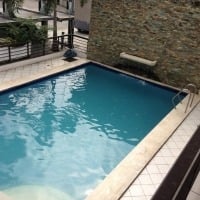 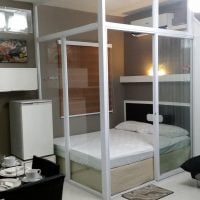 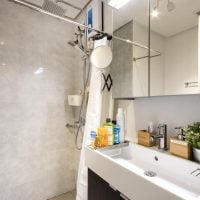 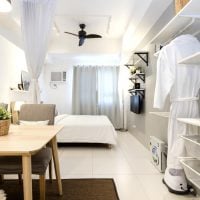 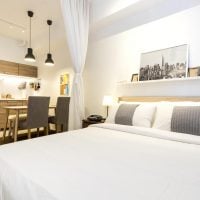 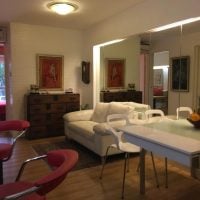 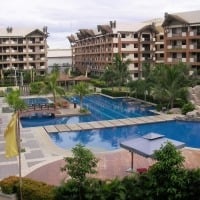 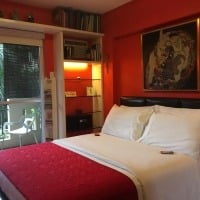 ☞ Click here to see all accommodation options available in Manila on Booking.com

Commanding great views from the Fort Santiago park, and situated in the Plaza de Roma (formerly Plaza Mayor), roughly in the middle of Intramuros, the next item on the top places to visit in Manila is the Manila Cathedral.

The elements were never very kind to the original sixteenth-century building. On several occasions and over the centuries the church has been destroyed by various natural calamities. It has always been painstakingly rebuilt by dedicated parishioners, even after WW2 when all but parts of the facade were flattened.

If you are wandering around the area at noon, the belfry is equipped with a carillon mechanism operating seven bells to some sweet tunes. The Cathedral was visited in 2015 by Pope Francis in what marked a huge event for a very Catholic Philippines. 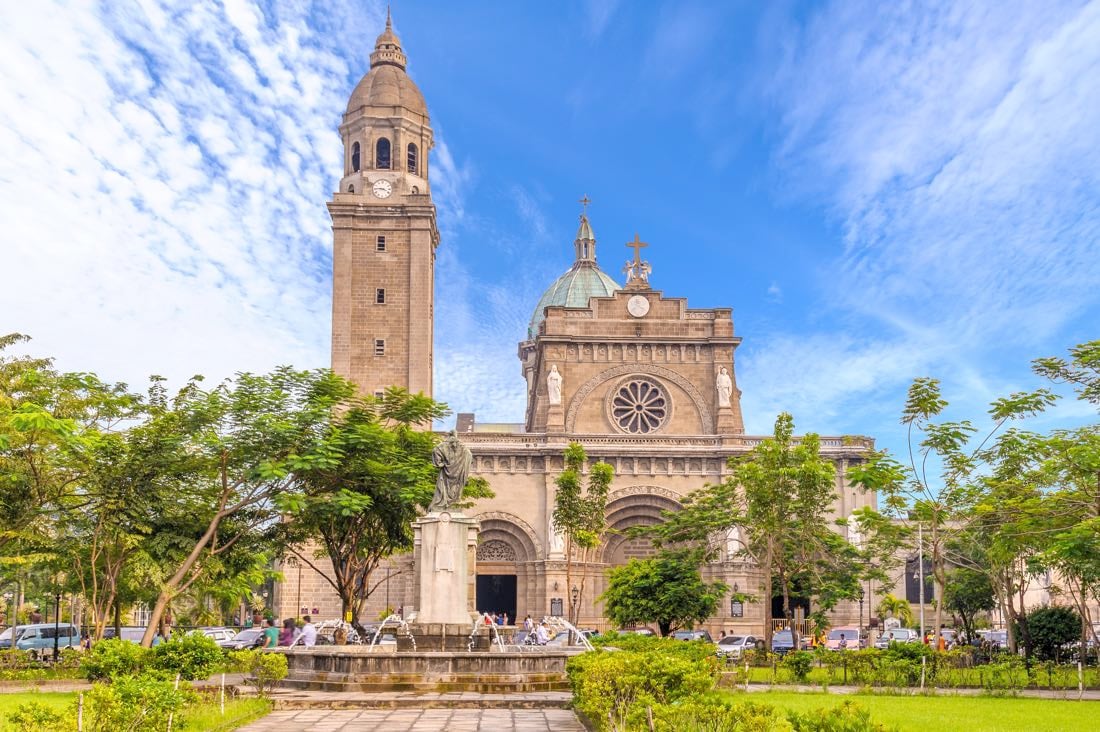 6. Quiapo Church and the Black Nazarene

Another religious-themed landmark on the list of best places to visit in Manila is the statue of the Black Nazarene (Nazareno Negro). Together with the ‘Santo Nino’ statue in Cebu city, it’s the most revered religious icon in the Philippines.

The statue is thought to be miraculous at the touch. It was carved from mesquite, a dark wood, and depicts a dark Jesus on his way to the crucifixion. It has resided in the Quiapo church, known as the minor Basilica of the Black Nazarene since the 18th century, and is open for veneration twenty-four hours a day.

Indeed, the basilica never closes, acting as an after-hours shelter for the homeless. The place is cleaned early every morning and re-adopted as a place for veneration.

A small market that is set up just outside of the Basilica in Plaza Miranda sells mini reproductions of the statue as souvenirs. It is also home to more pagan activities like fortune-telling, magic potions and card reading. 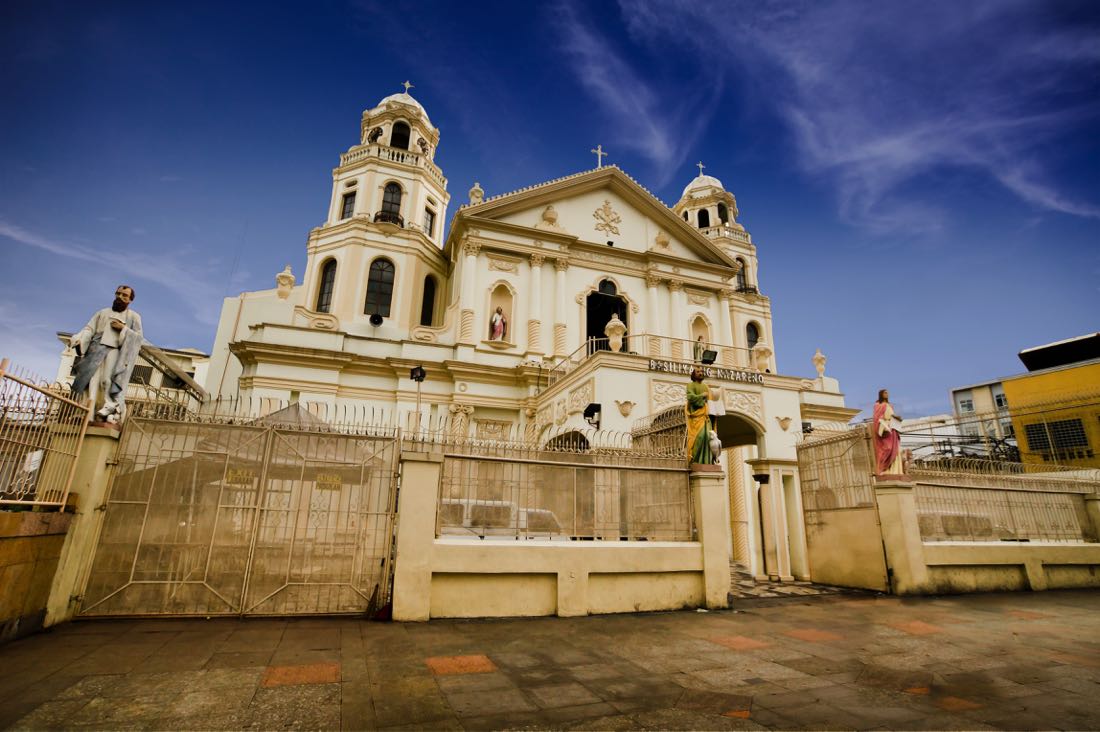 7. Explore the Streets of Binondo (Chinatown)

It seems all major cities have their own piece of China, yet few can lay a claim to having the first Chinatown in the world. Established in the late sixteenth century, it was the Spanish who located this settlement for Chinese Catholics. It’s close to the Quiapo church, and not too far from Intramuros, allowing them to keep a watchful eye on their neighbour.

As with any respectable Chinatown, the tight roads frolic with all kinds of culinary adventures. You’ll also find busy fruit and vegetable markets, many cheap gadgets and original-imitation designer brands. All of this makes Binondo one of the most interesting places to visit in Manila.

Be warned though, the place can get very busy, and pickpocketing episodes are very common.

Binondo is also home to the Minor Basilica of Sto. Lorenzo Ruiz, dedicated to the Philippine’s first saint. As is the case with most of the churches in the Philippines, the landmark has been subjected to a history of earthquakes and calamities. WW2 was also again not too kind on this area. 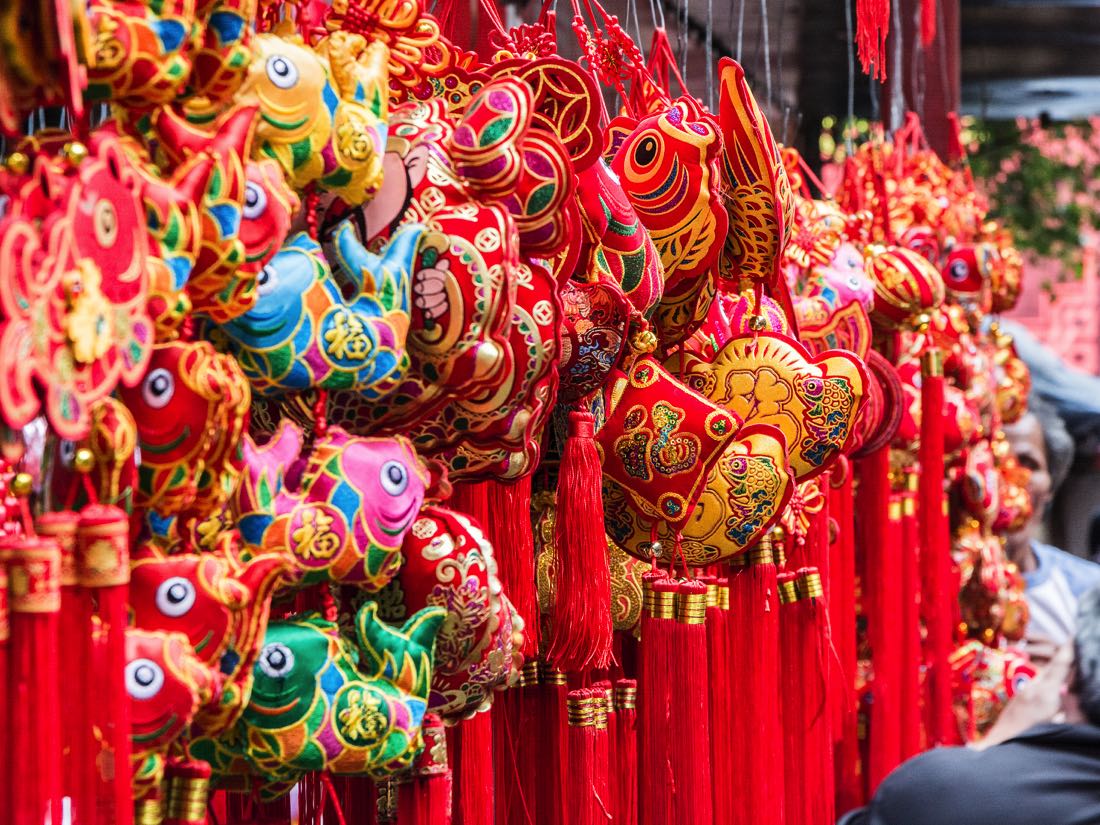 Last on this list of places to visit in Manila is a fitting conclusion to a busy few days exploring the city. Walk down to the Manila Bay waterfront and enjoy a relaxed stroll whilst chasing the amazing sunset. Enjoy interacting with the locals who will be eager to snap a picture with you, and discover the treasure that is Filipino hospitality.

The waterfront also offers many opportunities for adventurous foodies, as the street food is plentiful, and sometimes mysterious. 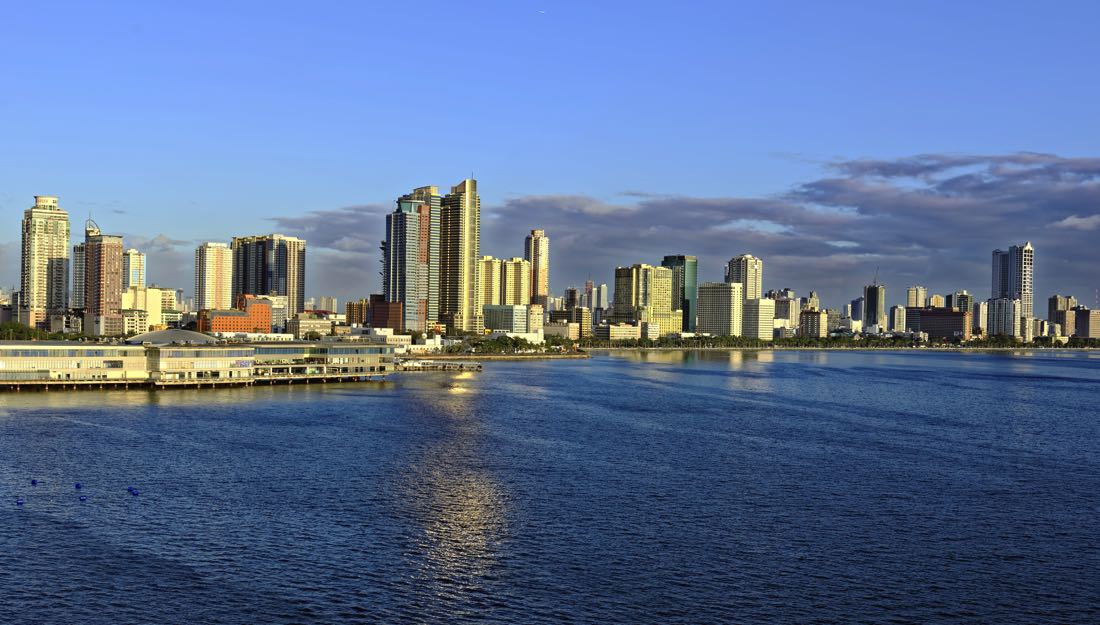 Ready to explore these must-visit places in Manila?

After spending some time in the remote areas, islands and beaches of the Philippines, Manila is the perfect spot for catching up with society. As with any respectable capital, it is a fast-paced city, struggling between deeply rooted tradition and an urge for modernisation.

This struggle creates many contrasts, the huge and modern mega malls on one side, versus poorer shacks a few blocks away. Combine all this with the city’s very rich historical background, and you get an almost surreal experience which is hard to ignore.

You will either love Manila or hate it, there’s really no in-between. But to help ensure you get a well-rounded picture of the city, make sure to check out the places to visit above.

Images in this article are courtesy of Shutterstock.com. 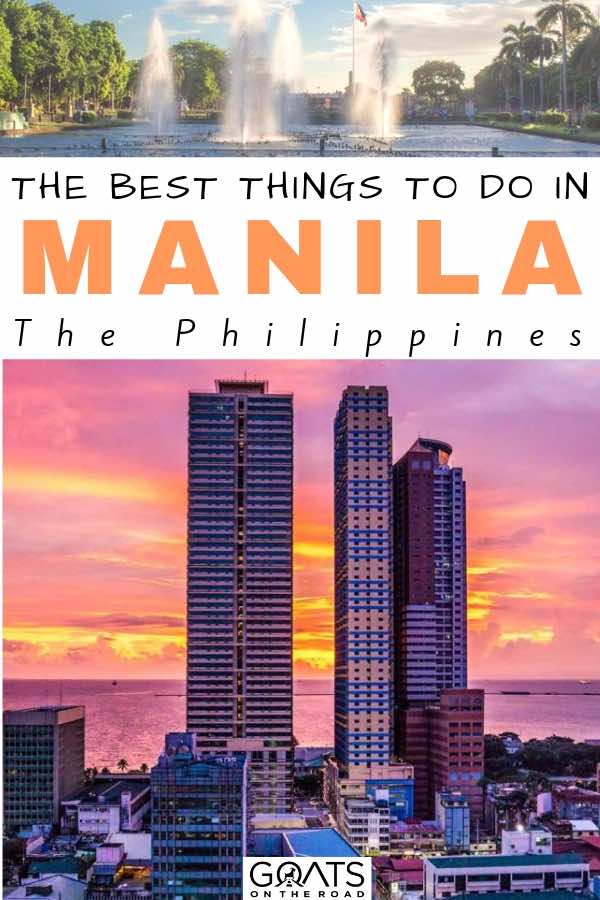 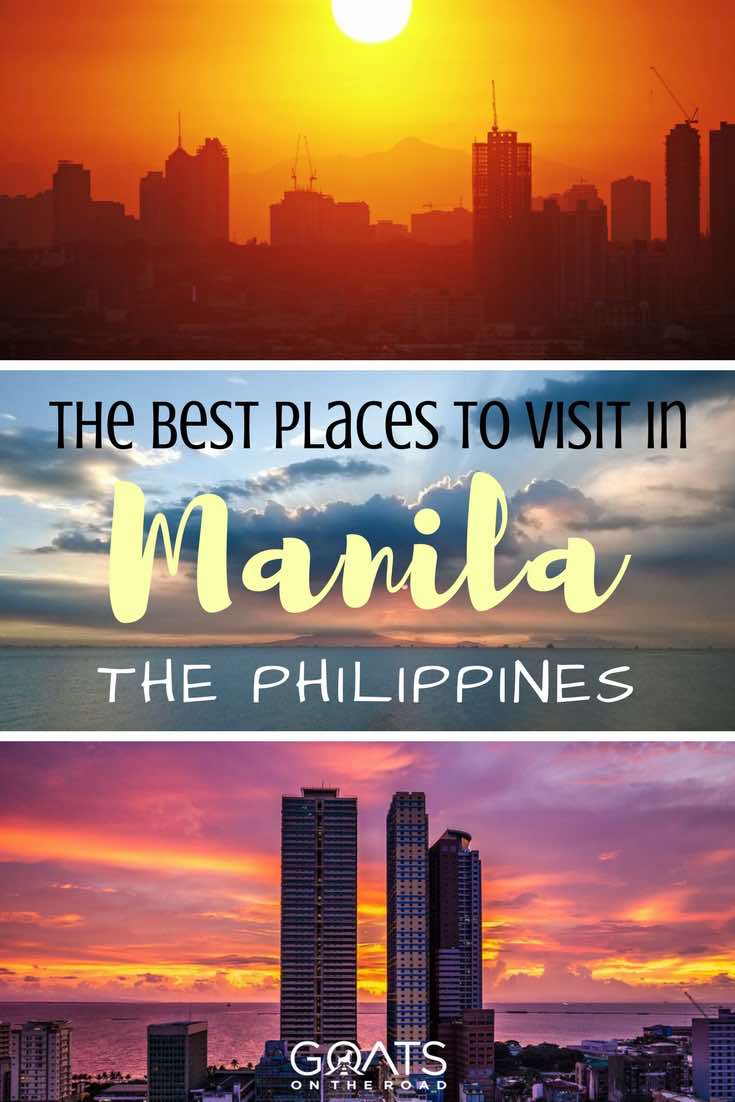 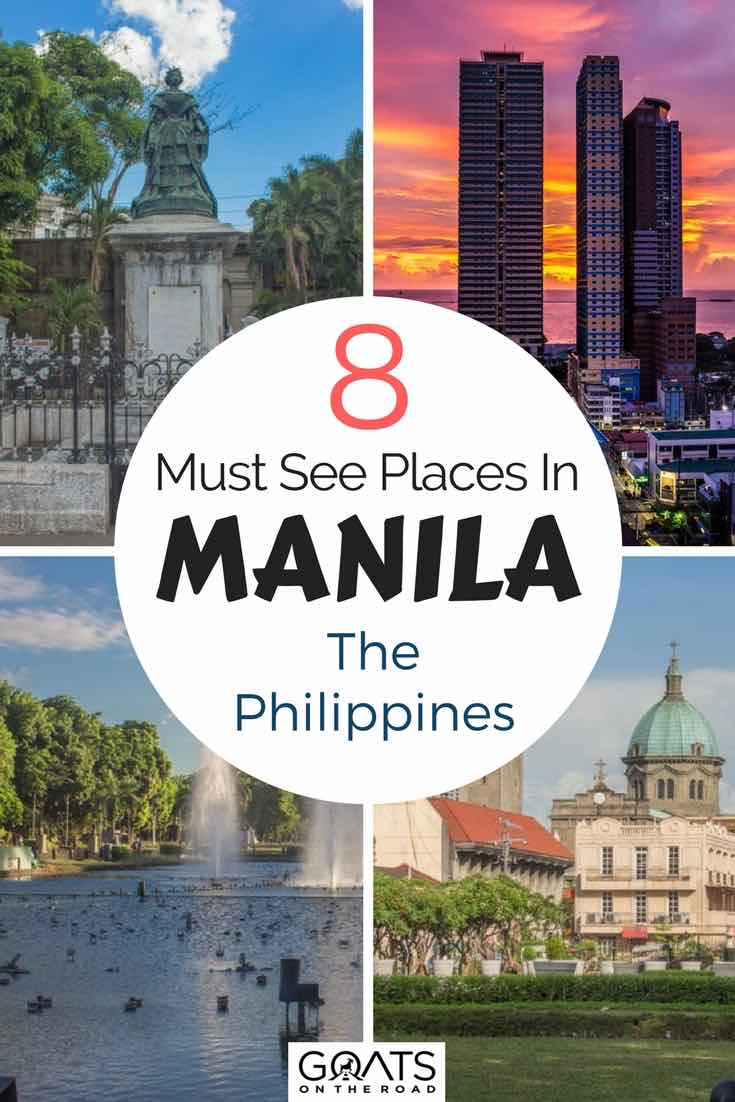 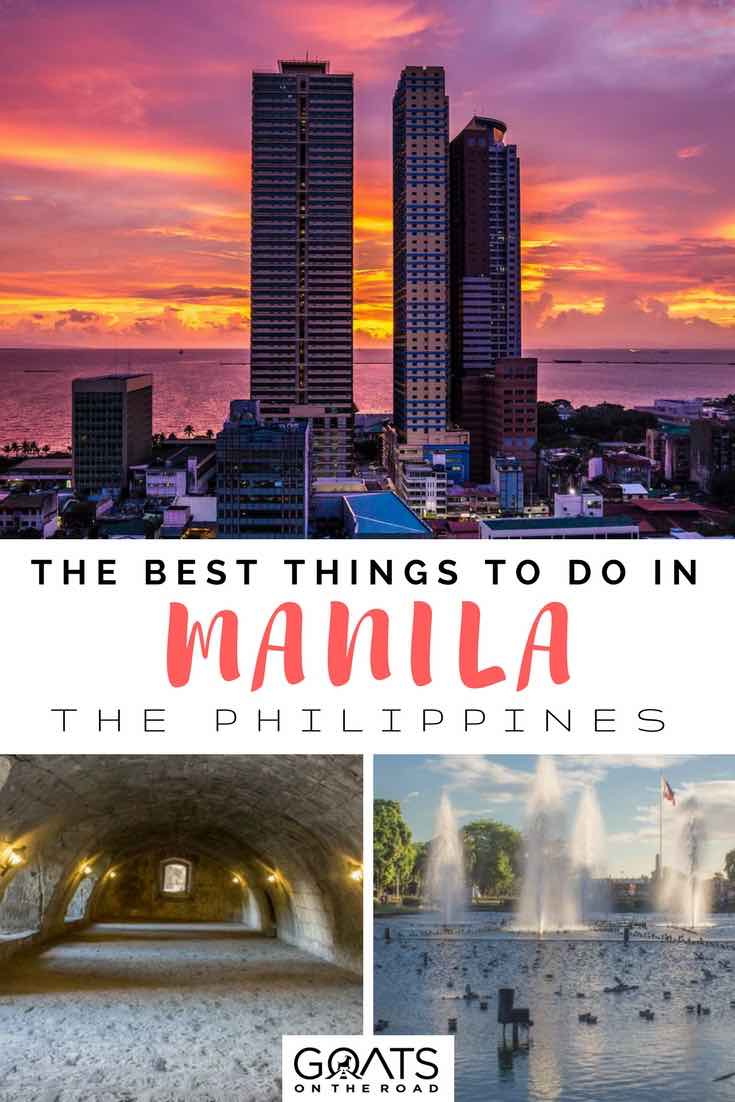 Hailing from the tiny island of Malta, Nikki is a thirty-something-year-old lover of food. A mechanical engineer with a passion for travel, Nikki has traded his full-time job for an indefinite trip around the world with his better half, Michelle, with whom he has also co-founded the travel blog Cheeky Passports. They have travelled to over 60 countries on 5 continents.