The Day When I Got Trampled By A Donkey

**Goat Note: This is the first guest post on our new travel series: The Day When…

We’re happy to have our friend Jessica from A Passion And A Passport contribute to this series. Check out this story from her travels…

Before I get into the days activities, I’ll start out by saying that I have completely recovered from the incident, both mentally and physically… I also feel it necessary to say that Birthright Israel could not have prevented this by any means.

I’ll set the scene: Somewhere in the middle of the Negev, blazing hot outside our Bedouin tent, with my new-found friends from my Birthright trip to Israel.

It’s not everyday when I’m in the middle of the desert.  So why not do it all?!
I was an on all time high just getting off the back of my camel I had ridden a moment earlier, so when my guide motioned me over to a donkey, I was all for it. The camel ride was rather smelly and bumpier than I had imagined, so I thought, piece of cake, it’s just a donkey. 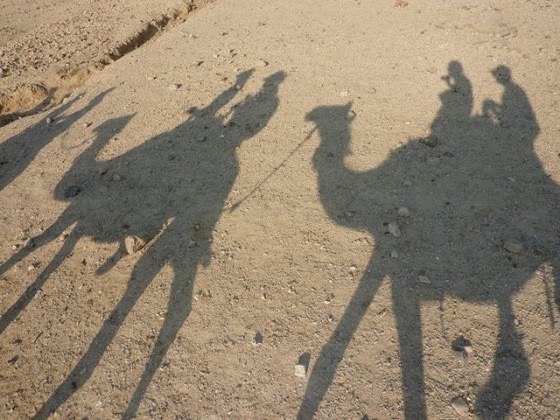 I was wrong from the very moment I laid eyes on the furry thing.

It took all my manpower just to get on top of that thing!  Being a rather petite girl, I had a difficult time swinging my legs over the back of the donkey.

Once I finally got my balance and sat up right, I was ready to go with the rest of the group. Who all found it rather easy to get on.

Only a moment or two later…

CRASH. I had lost all senses, and was completely unaware of my surroundings.  It felt like the whole world was crashing down onto my already sore body, and I was in the middle of a dream.  I remember just laying there, on the sand in the middle of the desert, not really entirely sure what I was doing on the floor.

Then I opened my eyes, and it hit me.  The donkey, which I had struggled to get onto, had just collapsed beneath my eyes.  Mind you, I was still ON the donkey.

My left leg was pinned underneath the donkey’s body.  Unable to move a muscle, and most likely due to sheer fright, I just laid there.  Not sure what I was supposed to do (since this obviously was not an everyday occurrence), I simply didn’t do a thing.

It all happened so fast.  All in a few seconds. 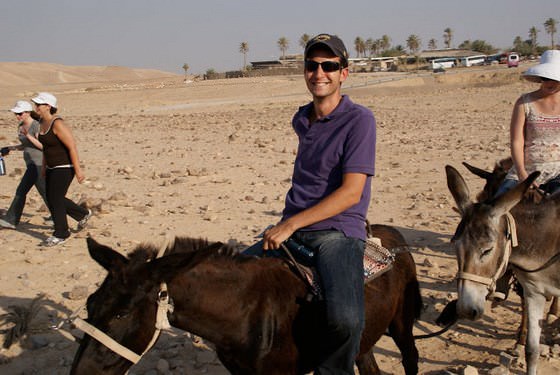 It was only a moment or two before my then fiancé (now husband) came rushing over to me and pulled me out from under the donkey.  Can you see why I married him? What other girl can say that their husband saved them from a donkey?!  He was my knight in shining armor, except he was wearing basketball shorts and an oversized t-shirt.

Unaware of the tragic event that had just occurred a moment earlier, he helped me rise to my feet.

Thankfully, I walked away (more like limped away) with only some minor cuts and bruises.  The event could have turned out much worse.  I could have broken a bone, which would obviously mean a trip to the hospital and most likely a cast.  Even worse, I would have been sent home from the trip (tour rules state that if any participant requires a hospital visit, they are sent home immediately). 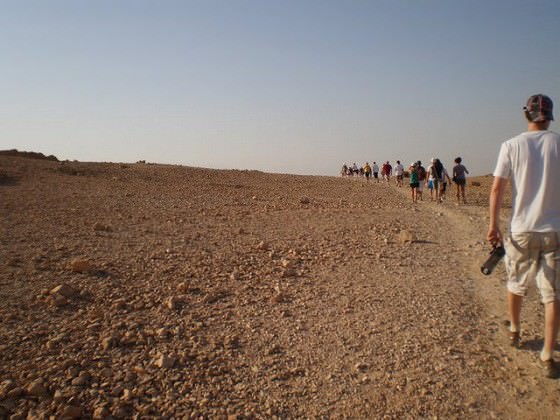 I really lucked out. I was still able to hike up and down Masada the next morning, and float in the Dead Sea despite all my cuts and bruises.

The leg did turn some wacky colors for the rest of the trip, but my new friends took great care of me and were all very supportive.

My only regret: Not having a picture of the scene, with the donkey sprawled out on top of me.

Jessica is the creator and lead writer at A Passion and A Passport.  She is attempting to travel the world as much as possible to control her wanderlust, all while holding a full-time job and starting her career.  She is not a long-term traveler; she simply travels over long weekends and breaks from work. Her goal is to show others that travel is possible without being on a RTW trip, and cheaply at that as well!  She hopes to inspire others to get up and explore, whether it be in their own backyard or 15,000 miles away.