Tofo, Mozambique – The Most Memorable Dive Yet

While travelling in Tofo, Mozambique, our new German friend, Henry, came back from a dive and said it was amazing. He saw some sharks and a huge small-eyed sting ray, the rarest ray in the world. As he explained the dive site I knew I had to plan to go the next day. He said the visibility was good and the fish life was abundant.

I walked straight to the dive shop and booked a dive for the following morning. That afternoon, the four of us sat in the bar with a massive map and planned our itinerary through Mozambique for the next few weeks. The night was spent enjoying beer to the sound of waves crashing on the ocean while chatting with all of our new friends. This is what backpacking is all about.

I woke up at 7:00 the next morning and rushed to the dive shop to get on the boat and head out for my first Mozambican dive. On the 1 hour boat ride out to the dive site we spotted upwards of a dozen Humpback Whales jumping and splashing in the open ocean. The ride out was worth the cost of the dive just in whale watching.

I joked with the dive instructors and said if we see humpbacks on the dive I would buy them all beer later. They laughed and explained that they have hundreds of dives in the area and have never seen a Humpback on scuba. An ocean photographer came with us to document the dive, hoping to catch the rare small-eyed sting ray on film.

We jumped off the boat and descended to the coral formation 28 meters below the surface. The visibility was probably 25 meters so I was happy right away. During the first few minutes of the dive I was astonished at the size of the fish around the site. All of them were larger then I was used to and made the abundance of life seem more pronounced.

While I was swimming around checking out the fish life I noticed that my regulator (breathing mechanism) was acting up, a potentially serious problem. An uneasy feeling instantly crept over me and for this reason I stayed within arms length of the dive instructor the whole time, perhaps she was wondering why I was tailing her so close.

As we came over a small sea mount she tapped her tank to indicate that she saw something. As I came up behind her I saw a giant 2 meter wide, small-eyed sting ray glide past us, gracefully swooping his wings through the water like a soaring eagle. Suddenly I heard a more frantic “TING TING TING” of her rapping on her tank and I thought, “what could be better then this rare, giant ray?”

I turned around on the spot to see 3 semi-truck-sized Humpback Whales swimming through the water not 15 meters from us. I couldn’t help but to scream my excitement underwater! We were all cheering audibly while the massive whales slowly meandered past us.

Just as the whales disappeared into the shadows and the excitement subsided, my regulator drew its last functioning inhale and began to pour air continuously into my lungs. I was still able to breath but it became extremely laboured. Luckily I had kept close proximity to the dive master so I swam directly to her and got her attention. I kept relatively calm, knowing from my training that I am able to deal with these situations. I communicated to her with universal diver hand language that I was having problems with my regulator and she immediately helped me switch to my alternate one.

When I attempted to inhale there was nothing, no air. This is when I made a mistake and broke a pivotal diver’s rule, I panicked. It only took 4 or 5 seconds for her to give me her alternate regulator to breath from and although I could draw air with no problem, I was already hyper-ventilating. The other Dive Master came to my aid and we ascended immediately.

During the ascent I couldn’t catch my breath until we were doing a 3 minute safety stop 5 mtrs from the surface. That was the first time I ever felt fear while diving and hopefully my last, making this dive the best, and the worst dive in my life. Luckily the malfunction happened AFTER we saw the whales. If I had missed that experience because of equipment problems I would have been extremely disappointed.

Because the boat was doing another dive and I was planning to leave Tofo, they dropped me off at shore. Unfortunately there was huge waves on shore so they had to drop me off way out and I had to swim in. It was a little bit freaky bobbing around 100 meters out to sea in waters where Great White Sharks frequently roam, so although I had no energy, I frantically paddled for shore, getting tossed around by big waves the whole way in.

When I finally reached the sand I was drained and told Dariece we should stay another night, plus I had to buy the Dive Masters beer for spotting whales and saving my life. But more importantly, I had to buy the video from the ocean photographer for proof that I dove with Humpbacks!

We checked back in to our beach bungalow and made a plan to leave Tofo and meet up with Henry and Alice in Vilankulo the next day. 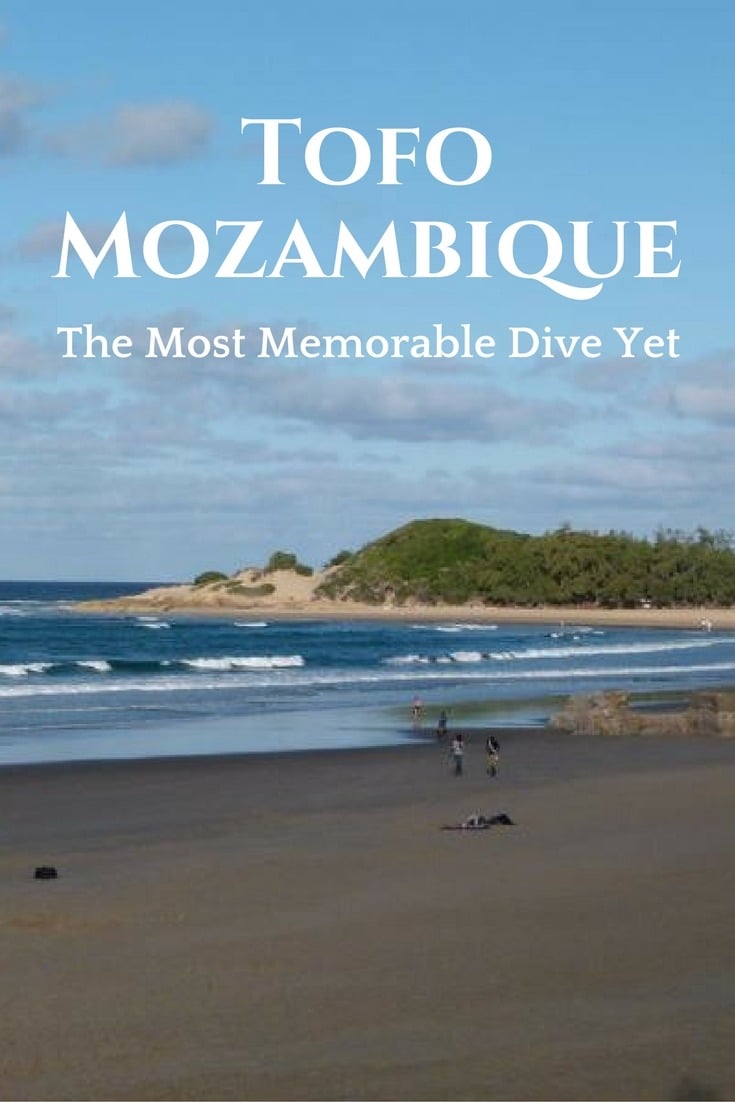 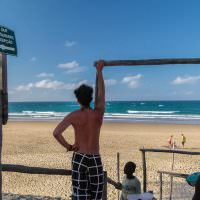 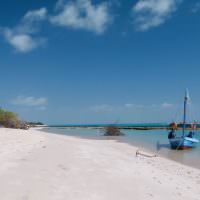 2 thoughts on “Tofo, Mozambique – The Most Memorable Dive Yet”