Nearly every traveler to southwest China’s picturesque Yunnan province passes through the town of Dali, with its postcard-ready slender pagodas and peaceful stone-paved streets.

But few travelers, including the growing number of Chinese who visit the region, know an even more fascinating enclave lies just a 30 minute bus ride south of Dali, past pine forested hills in a place known as the Dacangzhen Valley.

Dacangzhen is home to one of Yunnan’s oldest and most tenacious Muslim communities, who have steadfastly kept their traditions and faith alive in this corner of devoutly Buddhist Yunnan.

Exploring the valley is a fascinating glimpse of what happens when the Far East meets the Middle East, a cultural mélange kept alive by locals who are more than happy to share their story with the few outsiders who make their way here. 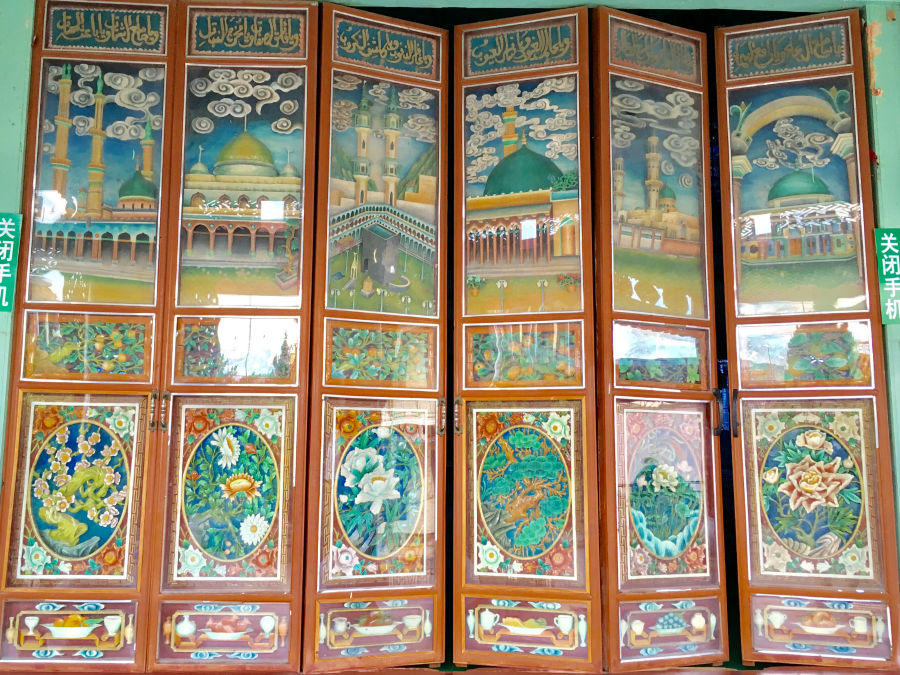 Driving down into the Dacangzhen valley from Dali, you first pass the small town of Mamichang, with a striking reminder that this is not just another ordinary corner of China.

A towering ceremonial stone gate stands at the start of an otherwise humble road leading up to the hillside town, carved with dramatic flourishes that would seem more at home in Baghdad than Beijing, and topped with a large crescent moon. The message “Mamichang welcomes you!” is written in large black brushstrokes – in both Chinese and Arabic. 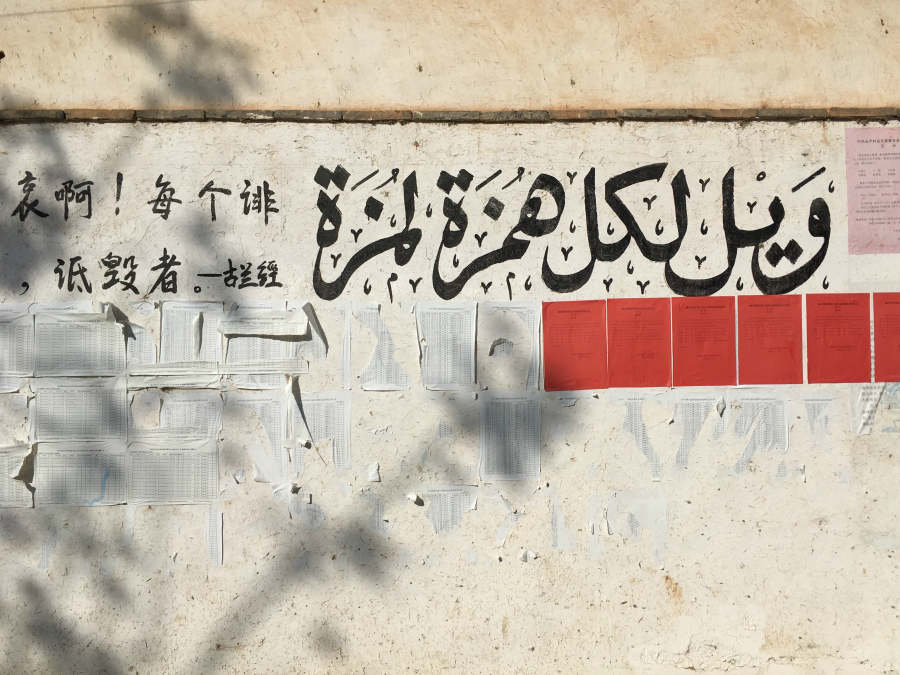 It’s a steep climb to the top of the hill, but the traveler’s eye is constantly drawn upward by even more hand-painted Chinese-Arabic slogans splashed across the town’s stark white walls. The messages are an intriguing, sometimes confusing mix of government sloganeering, motivational aphorisms, and quotes from the Qur’an and the Prophet Muhammad.

Crowning the hill is the town’s mosque, an intriguing mix of Islamic faith and Chinese sensibility. The pointed eaves of the minaret call to mind the famous slender pagoda in nearby Dali, while the folding wooden doors of the prayer hall display elaborate, multi-colored carvings of Mecca, Medina and other holy sites half a world away. 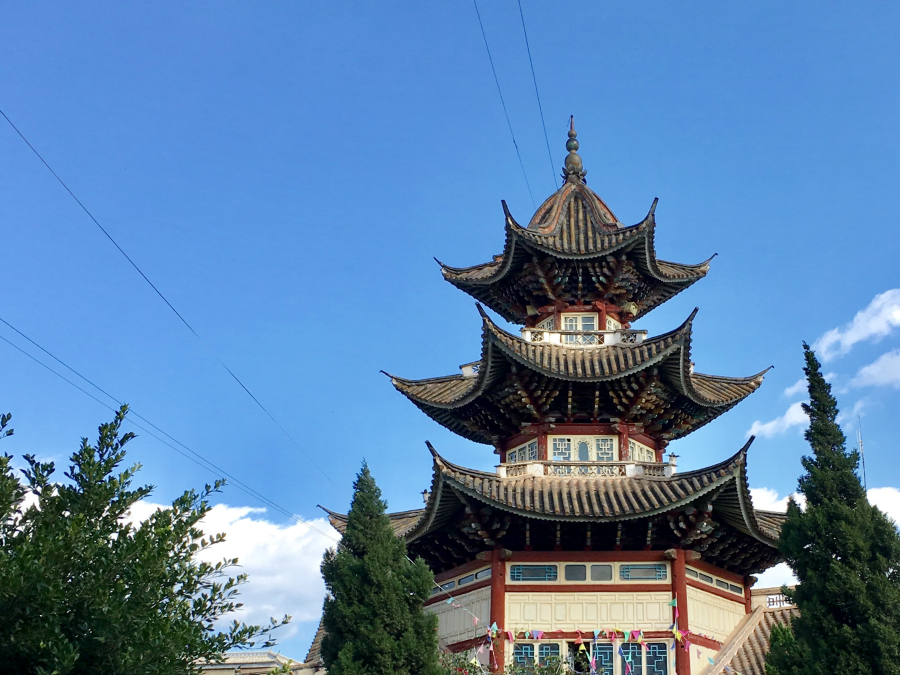 The mosque is a popular place for the town’s older residents to gather, chatting and gossiping in Chinese, but greeting each other with the Arabic blessing “salaam aleikum.”

Spend some time getting a feel for this very unique place, but don’t forget there’s plenty more to see. You should have no problem flagging down the local equivalent to a tuk-tuk at the bottom of the hill, and can speed on to your next destination.

Donglianhua is a very rare kind of place: a tourist town without tourists.

The local government decided to develop the town as an attraction in 2008, paving the roads and installing helpful signs and markers in Chinese, English, and Arabic, explaining the town’s history and making it impossible to get lost. However, outside of the major Chinese holidays, Donglianhua is virtually a ghost town, with a small handful of locals outnumbering the even smaller handful of visitors. 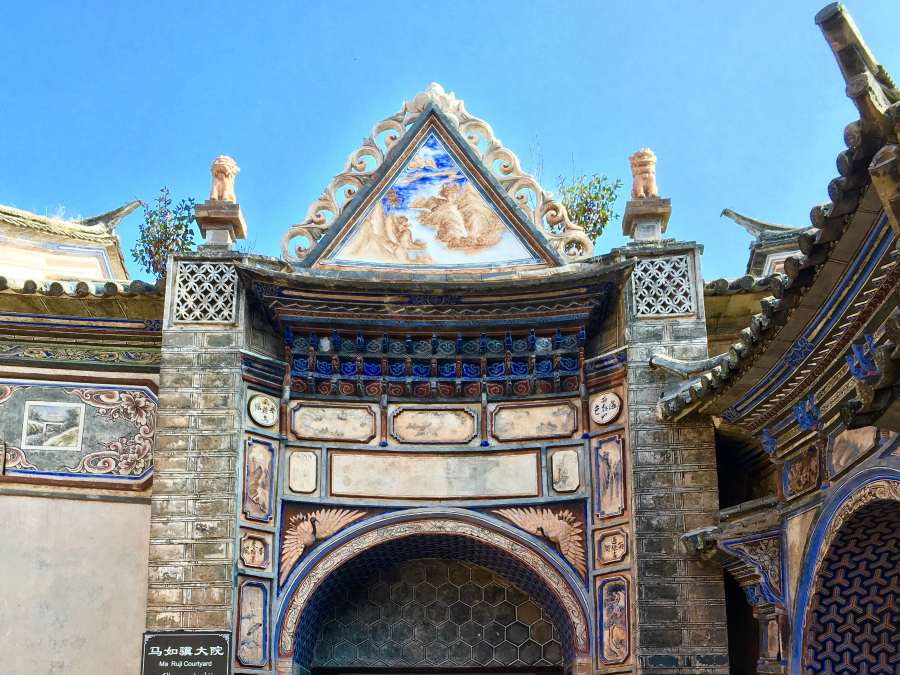 The centerpieces of the town are the mansions of the Ma brothers, who for centuries dominated the trade routes that passed through the Dacangzhen valley. The largest and most elaborate (and only one that charges for admission) is the home of Ma Ruji.

It’s easy to lose track of time exploring the colorful stone carvings and murals that start above the main gate and continue throughout, discovering unexpected details such as two fake clocks convincingly painted on either side of the main courtyard. Climb the rickety steps to the top floor of the mansion for a view across the old tile rooftops of Donglianhua and out to the mountains rising beyond. 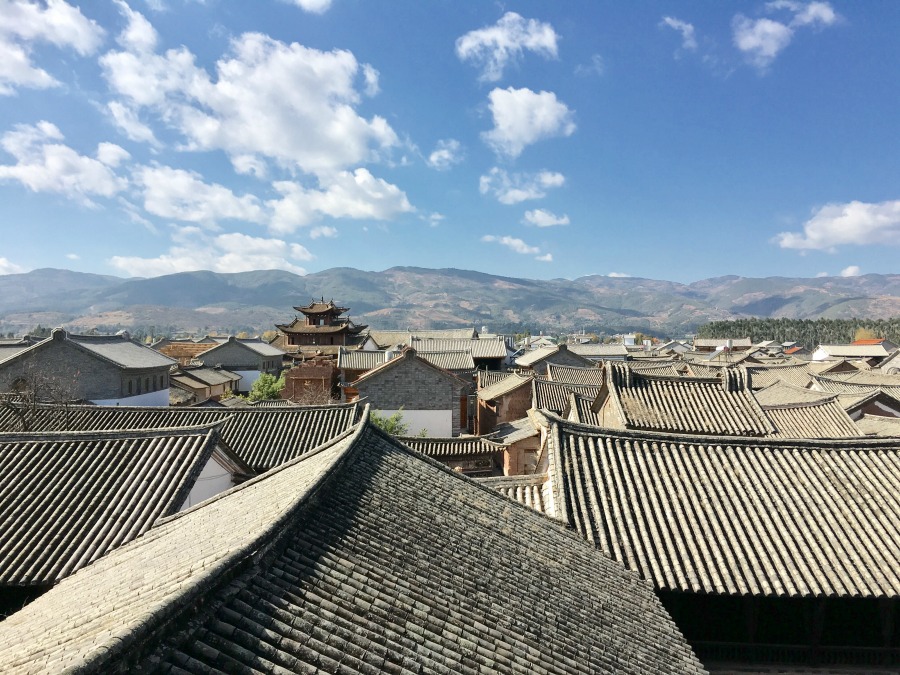 Also worth checking out is the Mansion of Ma Ruqing, which despite being set aside as a local landmark is also still the home of several local families. As strange as it may feel to step into their living space, the residents are more than welcoming, and if you go in with a smile and a few words of Mandarin, will be happy to show off the ancestral hall, with signs and photos explaining the Ma family’s rise to power and tumultuous exile after the Communist victory in 1949, scattering the clan from Taiwan and Thailand. 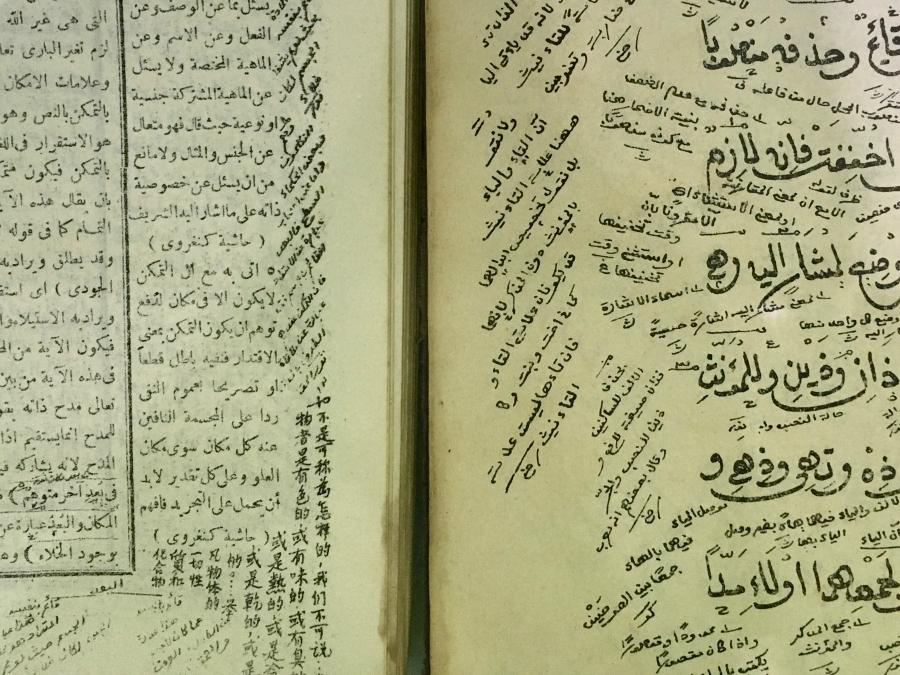 Make sure to check out the town mosque, as well. Without the crescent moon above the gate and weathered Arabic signboards lining the entrance of the prayer hall, there is nothing to distinguish it from a Chinese temple, and a very stately one at that. A tiny, two-room museum beneath the main pagoda-like minaret explains Donglianhua’s history (only in Chinese) and includes some interesting antique artifacts and photos.

If you are searching for the historical roots of Dacangzhen, head to Xiaoweigengcun. It was one of the earliest settlements in the valley, a fortress for the Central Asian troops who first brought Islam here, as shown by the town’s name, which literally translates to “small walled mound.” 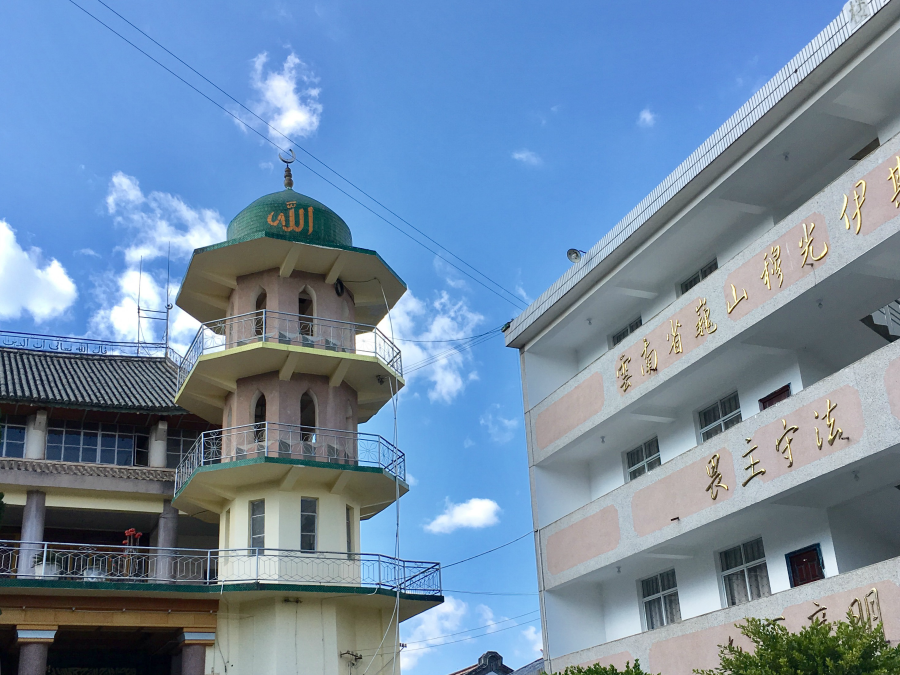 It was also the scene of a bloody rebellion against Chinese rule in the mid 1800’s, which resulted in the complete destruction of the village and the massacre of nearly all its inhabitants, a tragedy that the locals still commemorate every year.

A quiet place, Xiaoweigengcun comes to life five times a day as the men of the village gather for prayers at the mosque, led by their imam, easily spotted in his long white robe and bright yellow turban.

As in Donglianhua, the arch of the gate is topped by a very Chinese-style minaret, this one slightly tottering to the side and a little worse for wear. But across the dusty courtyard is a very different sight – the main prayer hall, built in the mid-1990’s in a very modern and vaguely Turkish style, with boxy bright green onion domes rising from every corner. The mosque is very literally the center of village life, with homes and shops radiating outward towards the fields beyond. 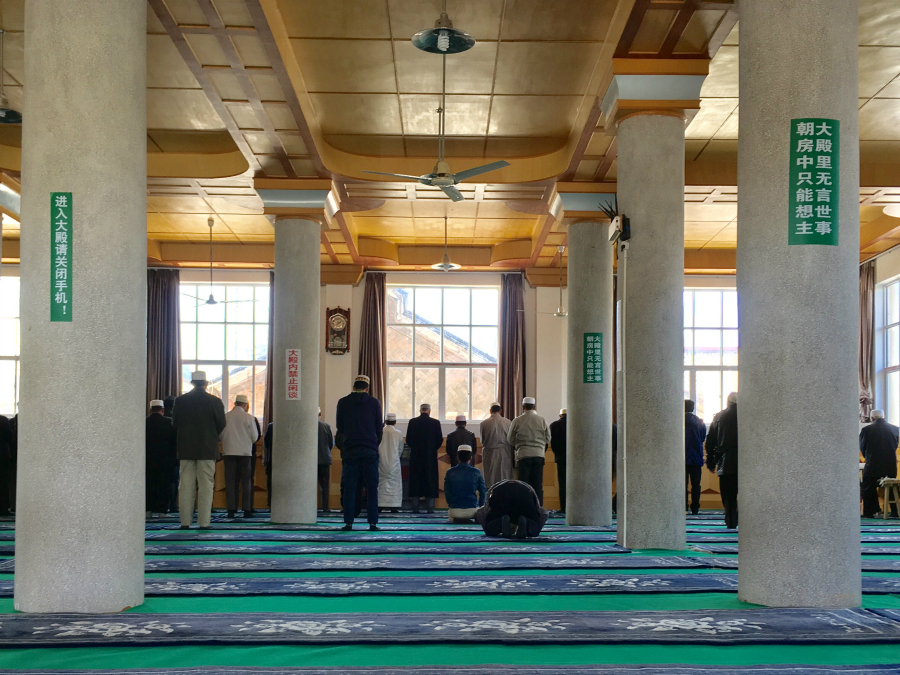 The narrow, whitewashed alleyways provide a stark contrast to the earthy streets of Donglianhua. You’ll find some doors flanked with red scrolls bearing Arabic blessings (an Islamic take on a traditional Chinese New Year’s custom) and others mounted with cloth banners displaying intricate serpentine and geometric designs, vaguely resembling some language neither Arabic nor Chinese. These are Taoist talismans, indicating homes belonging to Xiaoweigengcun’s non-Muslim minority, with characters written in a sacred script decipherable only by the Taoist priests who wrote it.

If you’re visiting on the weekend, be sure to stop by Yonghecun, a small riverside town that hosts a bustling street market every Sunday. After a day spent on empty roads and quiet villages, the crowds that flock to the market are a welcome surprise. And while mosque gatherings are largely a male affair, the market is dominated by women. Muslim housewives in their multicolored and sequin-bedecked headscarves provide a stark contrast to the dour blue and grey outfits of the men.

Despite the Middle Eastern influences that permeate Dacangzhen, the food here is thoroughly Chinese. You’ll find the same classic dishes sold in other Yunnan villages, albeit with pork replaced by beef or mutton. One of the most popular is erkuai, a quick snack easily whipped up by roadside vendors, with vegetables and meat wrapped up inside a thin, almost translucent rice cake. 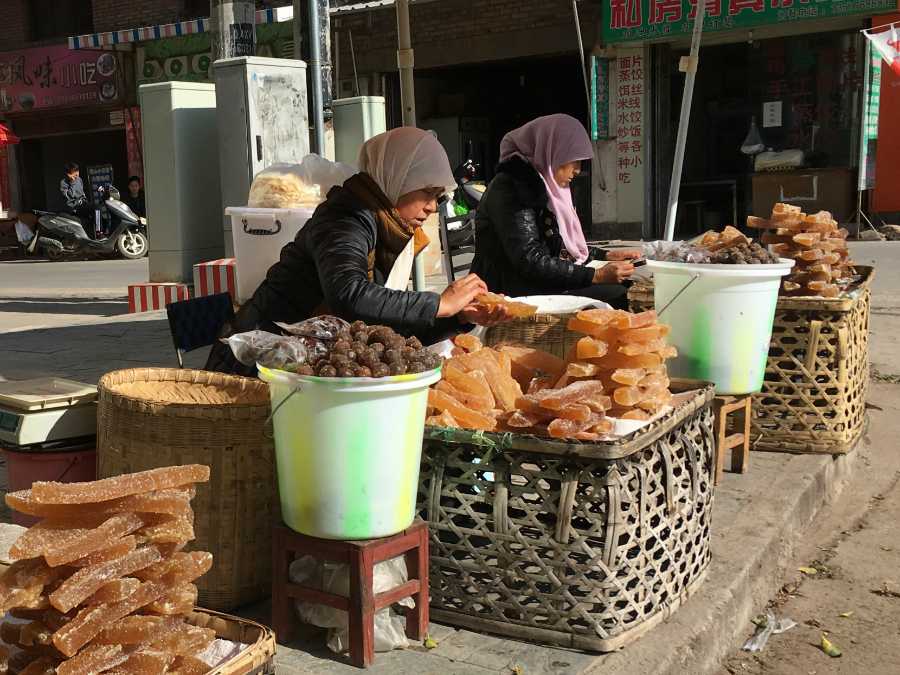 The market also features some unique Dacangzhen specialties. The stars of the show are the candied melons, looking almost fluorescent in sparkling sugar-coated orange and green. For curiosity’s sake, it’s hard to resist buying a slice, but be warned that they taste even sweeter than they look. You’ll also find several bakers selling local pastries – a rarity in non-Muslim villages. The flavors here are a bit more subtle, with cakes and pies stuffed with nuts and sweet red beans.

It’s the perfect place to fill your belly and your backpack, taking along a few snacks to enjoy on the short trip back to Dali.

Dacangzhen is a truly unexpected surprise, providing a journey back into the region’s colorful and tumultuous history, and a glimpse at a very different way of life that seems a world away from the reality of modern China. Whether you visit for just an afternoon or stay to explore even longer, a trip to the Muslim villages nestled in this quiet valley is a refreshing and eye-opening detour, and a reminder that in a place like Yunnan, there is always more than meets the eye. 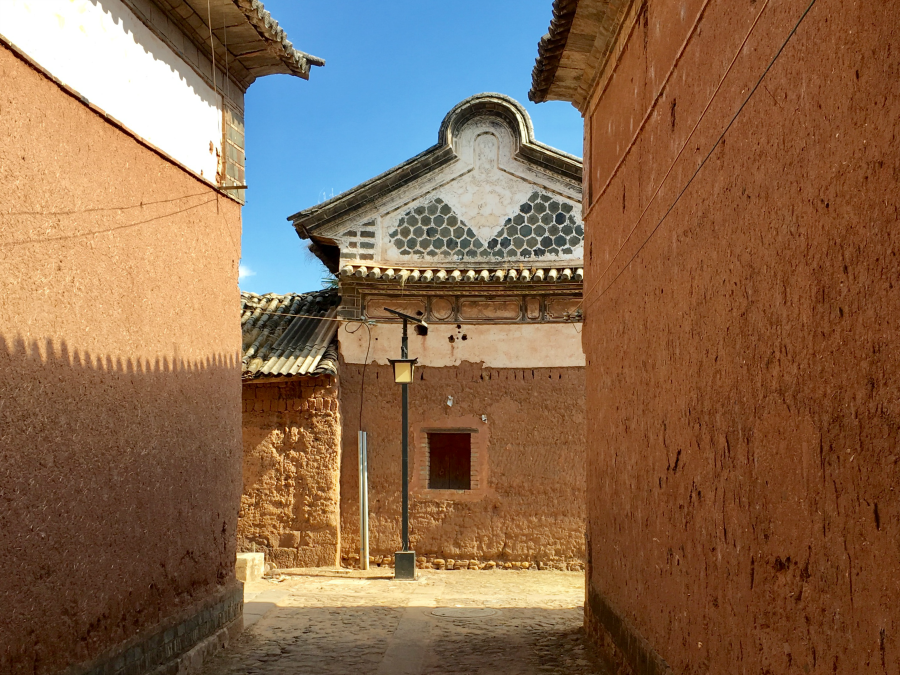 Getting There and Getting Around

Getting to Dacangzhen from Dali takes only a quick half-hour bus ride from the southwest bus station (西南车站), at the southern tip of the modern Xiaguan district. Buses typically leave every ten minutes, starting at 7:30am and ending around 7pm, with the trip costing 14 RMB ($2) each way.

The best – and pretty much only – option for going between the towns in the Dacangzhen valley is to flag down one of the tuk-tuks that you’ll find rumbling down the otherwise empty country roads. Depending on the distance, a ride should cost between 10 to 15 RMB ($1.45 – $2), but could be a bit lower if you’re sharing space with other passengers. 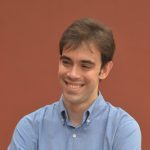 Based in Beijing, Michael is fascinated by the surprises hidden just around the corner from the well-worn tourist trail, but is just as willing to venture into the foothills of Tibet or bike down country roads in Vietnam, as long as he knows there’s a good story waiting at the end.

2 thoughts on “The Villages of Dacangzhen: Southwest China’s Best-Kept Secret”