Living In China: Quirks Of The Culture

Living abroad is totally different from just travelling through a country. We’ve been able to really get to know about the Chinese way of life, their customs and culture. It’s amazing how much we’ve learned from living here, apparently we didn’t know anything when we travelled here for a month!

We thought it was time to let you in on the quirks of this interesting country, its people and its ways of life.

1. When you’re born, you are 1-year-old. Huh? Yep, you’re never a month old, or even a day old, you come into this world as having already lived a whole year! If that didn’t seem odd enough, when it’s Chinese New Year, you age another year. So, for example, if you were born in January you would be one year old, then in February (Chinese New Year), you would be 2 years old…but in reality you would only be 2 months old! It’s so confusing. We always ask our students: Are you 9 in Chinese years, or actual years?!

2. Writing someone’s name in the colour red is a big no-no. Even though the colour red is very lucky here in China and many things related to money and prosperity are red, you would never write someone’s name with a red pen. Doing so means that they will die soon or that you want them dead! The reason for this is that in ancient times the names of the deceased were written in red on gravestones and plaques.

3. Chopstick etiquette. There are 10 or more “rules” to eating with chopsticks, but I’ll just tell you a couple of the major ones. The first is that you never stick your chopsticks vertically in a bowl or rice; doing so represents feeding the dead or death in general. Another interesting chopstick rule is to never point chopsticks (either when being held, or when resting on your plate) towards another person at the table. It’s considered bad form.

4. Drinking and eating quickly. Chinese people always seems rushed when they’re eating…and drinking. They arrive at a restaurant, place their order, the food shows up in 5 minutes, they scarf it down, take quick shots of the local booze and then leave after about an hour! Definitely different from an eating experience in Canada – no appetizers, deserts or coffee here!

5. Saying “you’re fat” is ok. definitely don’t come to China if you are slightly self-conscious about your appearance! To the Chinese, being honest about how someone looks is the norm. Whether they say you’re fat, ugly, handsome, beautiful, have a big nose or a big butt, it’s all ok and no one gets offended by it.

6. Lots of ass, but no cleavage. If you come to China in the spring and summer, you’ll see the shortest skirts and shorts you could ever imagine! The women here will wear 5 inch heels, shockingly short skirts, but a very conservative top. Cleavage is never shown in China and Chinese women are very shy about it.

7. Dress for the weather and acclimatize. Chinese people don’t like to use the a/c or the heating unit. If they’re cold, they’ll just wear more clothing. If they’re hot, they’ll suffer through it! They think that going from hot to cold is bad for one’s health.

8. Drink warm drinks. Drinking cold beverages causes stomach aches. You’ll always see Chinese people drinking hot water or at least room temperature water. They believe that this aids in the digestion of food. Also, if you drink cold water, they believe that your body will use energy to warm it up.

9. No PDA! As with most Asian countries, showing any “personal displays of affection” is inappropriate. In the more modern cities, you’ll see some younger couples strolling hand in hand, but you’d rarely see anyone hugging and definitely not kissing.

10. Staying warm. If you’re warm, you can never catch a cold, get the flu or get sick. Nick was coughing and a Chinese friend said “how can you be coughing, it’s warm outside”. It was such a Chinese thing to say. All the foreign teachers loved it.

11. Spring is a date on the calendar. Chinese people wear their winter clothing until a particular date. It doesn’t matter what the actual temperature is outside. It was literally 32 degrees last week and Chinese people were wearing winter coats, pants and boots. Our students come to class in 4 layers of clothing with beads of sweat dripping down their little faces, but hey, it’s not spring time yet!

12. The sitting month. For the first month after delivering a baby, the mother is expected to remain in bed and stay warm under many layers of blankets. She is not allowed to shower or brush her teeth during this time. Doing so could cause her to catch a cold, give her a headache or loosen her teeth and make her gums bleed. And of course, no cold foods should be eaten – she needs to stay warm. There are many beliefs and traditions surrounding pregnancy and birth, but these ones really stand out!

13. Farts aren’t funny. Our students fart in class all the time and we’re the only ones trying to keep a straight face! It seems that any bodily functions are acceptable in public. Farting, burping, slurping, picking your nose and anything else that we would consider to be poor manners in the west, it totally normal here.

Chinese culture is the oldest in the world and living here has been so eye-opening. We love learning about new cultures and ways of life, it’s the best part about travelling to a new country! Living here has given us a completely different prospective about China and its people…who truly are some of the kindest in the world.

Have you lived abroad and learned interesting things about the culture? We’d love to hear from you! Leave a comment below.

10 REASONS WHY LIVING ABROAD IS AWESOME! 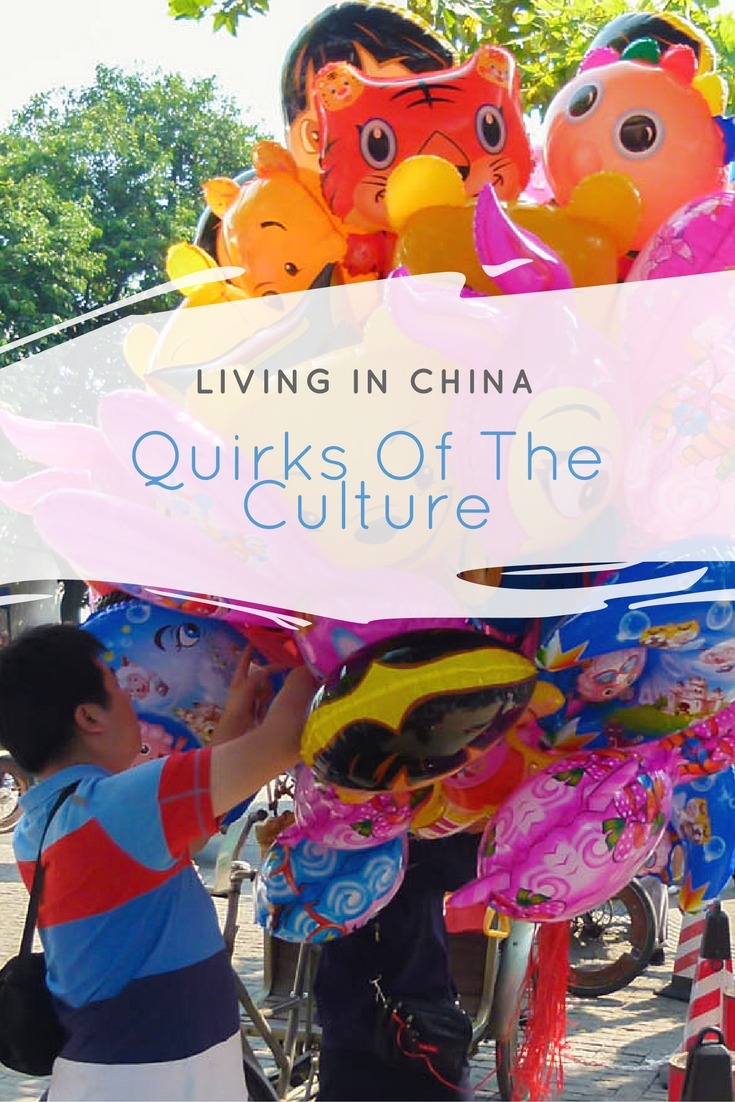 Accommodation can take up a large section of your travel budget and sometimes it’s the biggest cost of your trip. Learn how to receive free accommodation with the tips in this article. Staying in cheap places can stretch your budget a little further, but when you need to pay for a roof over your head ...
January 26, 2023
By:
Layla Turner

Check out our new Digital Nomad Visa Calculator Tool! Enter your salary in the tool below and find out which digital nomad visas you can apply for based on your earnings. As digital nomads, we’re fortunate to have the option to live and work around the world from our laptops. But, due to immigration rules, ...
December 8, 2022
By:
Dariece Swift