We arrived in Hong Kong during a dramatic lightning shower that caused a little bit of turbulence in the aircraft. The dense fog and rain seemed like they would never part but then we finally dipped below the  grey storm cloud we were rewarded with fantastic views of the Hong Kong skyline. We landed on Chep Lap Kok Island, where the international airport is located, and took a bus over to Kowloon. Most of the way we couldn’t see any of the famous views from the windows of the bus because they were drenched in water which cascaded from the sky like a faucet. Finally the rain cleared long enough to see the bright, Vegas-like lights that epitomize one’s visions of the sprawling metropolis.

We checked into our tiny room at New Kowloon Hostel in Mirador Mansions. I guess I should clarify what “the mansions” are for those who have never been to Hong Kong. Most accommodation is far beyond a backpacker’s budget in Hong Kong so many travellers and locals choose to live or rent a room inside these massive buildings. There are two “Mansions” in the Kowloon area the Mirador Mansions, where we stayed, and the Chungking Mansions. These towering structures boast upwards of 1800 rooms each all of varying stages of mould and decay.

Our room actually wasn’t bad. People get scared into believing that all the rooms here are rat ridden, mould covered cesspools, but in reality there are only a few places that let their rooms fall under such disrepair. Many of the “Hotels” within the mansions have clean tiled rooms, with nice bathrooms and a/c, but all rooms share the common funky smell that seems to emanate from the cracks in the walls and the floor. Our room at New Kowloon was decent, if oddly shaped, with a couple of narrow beds, a/c, a bathroom, and a window to the outside. But the room did have a dank smell that seemed to go away when we ditched the feet-smelling sheets and pillowcases into the hallway. After our room in Beirut we could probably be satisfied in a slum.

We had a good sleep and woke up in the morning to start our day. To our surprise the rain had cleared and the sun was shining! A perfect day to check out the famous skyline and maybe hike up to Victoria Peak to see a city view. We packed our stuff and got ready to go out for the day, but we soon found out that our room had been booked for the night and they were unable to give us another. We arrived during Labour Day holiday time in Hong Kong and it becomes very busy. We spent the next two hours frantically searching the mansions for a rat-less room that we could afford. Luckily we found one that was listed in our guide-book and checked in to Cosmic Guest House. The room wasn’t as aesthetically pleasing as New Kowloon, but it lacked the smell of dirty underwear so we were happy. Cosmic also helped us sort out our China visa which saved us some time at the embassy. We finally got to go out and check out the city around 11 am, by which time some clouds had moved in and ruined our chances of seeing views from Victoria Peak. No problem though, there is so much to do in Hong Kong, we just picked up a map and set out on the town. First we headed straight for Hong Kong Island. Some people may be surprised that Hong Kong actually comprises of a small archipelago of 234 islands. We visited four in total so I guess you could say that we have a lot left to see in this tiny autonomous state. We hopped on the ferry which cost us $2 Hong Kong Dollars on the octopus card and we set out across the wavy waters of Victoria Harbour and finally set foot on Hong Kong Island itself.

We headed straight for the Central Mid-Levels, the longest covered escalator system in the world! You basically just hop on and start the climb up the hill, if you want to go to a particular street to do some shopping you just step off the escalator at the correct road sign and carry on walking. It is actually a really cool (and easy) way to check out the area.

We got off at the Wong Tai Sin Temple to check out some traditional Taoist architecture and culture. The temple was interesting but the aroma of 4000 sticks of incense burning became a little too overpowering so we left the temple to go find some lunch. We decided to just stop at the first busy restaurant we saw, which ended up being a nice little noodle soup shop. We enjoyed our meal with a delicious and cheap San Miguel ($1), I guess we’re not fully out of the Philippines yet.

Next we took the train over to the “Trendy” area where all the malls and high fashion shopping is. The area was actually really nice, busy but nice. There was music on the streets, and a poverty themed sidewalk art show that was quite moving. We also stumbled across a very hectic street market where they were selling everything from lobster to pigs ears. The fish section of the market was especially interesting, they had all sorts of ocean critters to choose from. By this time we were pretty exhausted, we had walked constantly for 6 hours and we were ready for a rest, so we headed back to the room for a bit.

After a 30 minute chill out, we tired of the cramped, white tile confines of our Cosmic room, so we headed out again. This time to see if we could get ourselves a table at the cheapest Michelin starred restaurant in the world. Anyone who knows about Gordon Ramsey, or has the Food Network at home, knows that the Michelin Star is the ultimate guide to international fine dining. We arrived at Tim Ho Wan only to see a line up of 20 or so potential diners. It looked like we would be waiting for a while, but luckily our confused faces and white skin got us (and the two other tourists that were waiting) to the front of the line. We ordered on the street while we were waiting by ticking boxes that were adjacent to indecipherable chinese characters. Luckily a local woman who was also waiting in line, gave us a brief description of the dishes and we entered the restaurant confident that we made some good choices. We sat down and soon thereafter, our table was being covered with various, steaming bamboo weaved dishes.

Some were dumplings, some were dim sum, some were noodles and all were delicious. Being one of our first “real” chinese food dishes, we may not have been able to discern whether or not it deserved a Michelin Star, but it didn’t matter, the food was light, flavourful and delectable. We left the restaurant stuffed to the brim, we even had to leave some food on the table, and the entire meal cost less than $8 for both of us! Now we can say we’ve been to a Michelin Starred restaurant, and because tipping is against the local culture, we can say that we didn’t even tip. Gordon Ramsey eat your heart out. 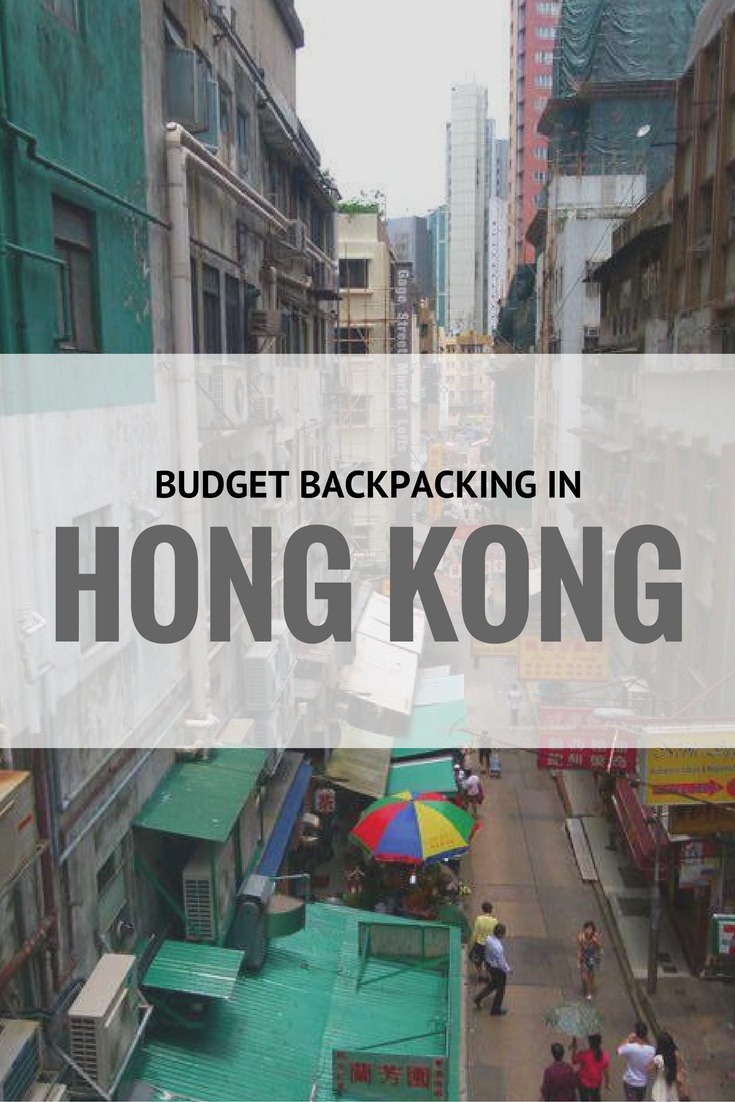 Fast internet. Impressive co-working spaces. Ample networking opportunities. Dumplings (obviously). Hong Kong has begun to embrace its entrepreneurial spirit and Digital Nomads are taking notice! This is a city of unparalleled energy, and having been based here for the past six months, I have a really good grasp of what it’s like living in Hong Kong. ...
August 25, 2021
By:
Aaron Radcliffe