We’ve done our time in England travelling around on busses and trains, slept at our pleasantly hospitable friend’s house and travelled around the country with relative ease. We flew to Spain and took busses to our Marriott resort. We’ve taken busses to other cities in Spain and spent the day, ordering food and asking for directions, but where’s the challenge?

It sometimes just doesn’t feel real. For weeks before we left, my excitement for the trip dwindled and I just couldn’t fathom the journey ahead of me even though I have been on one before. You would think that the closer I got to leaving, the more excited I would become, but strangely it was the opposite. Then in the days and hours leading up to my departure I felt almost like I was in a strange dream. My emotions couldn’t match the anticipation of what was to come. Then landing in England I had the strange sensation like I was on a 2 week holiday, a feeling I don’t remember having at the beginning of my last trip. Walking through the streets of Brighton, sitting in a restaurant in York, boarding my flight to Spain, all felt like an end was near and I would be back at work in no time. Perhaps it was the vacation like feel of Europe. Or maybe it was the fact that I was yet to be challenged by the regular stresses and confusion of backpacking.

Europe was very similar to home. What set it apart was the amazing architecture, beautiful scenery and our hilarious friends who spoke English, but English that was a completely different language to the one we spoke. But much of the travel aspect felt the same as home. Restaurants serving international food in the same drab candle lit atmosphere as an Earl’s in Canada. Pubs playing sports games with guys drinking pints and yelling at the television. Waiters speaking English and expecting tips. Nice accommodation at expensive prices. MacDonald’s on every corner, and transport that runs like clock-work. No hagglers or hustlers, no tuk-tuk rides or street shops, no sidewalk drama or people watching. In comparison to other destinations we’ve seen (even Mexico) it just didn’t feel like travelling. It felt like going to a different city in Canada. Albeit an amazing and beautiful city, still just another city.

So perhaps that’s why I was still in my strange dream like state. I hadn’t had the SHOCK of landing in Bangkok and having all my senses assaulted at every turn. Sure there’s MacDonald’s in Thailand, and people speak good English in Indonesia, and they expect tips in India … but everything is so incredibly and beautifully different. Every corner is something you wouldn’t see at home. Every smell is one that either lures you in or punches you in the face. Every sound makes your head turn. It’s what travel is all about, that feeling of being lost in time, lost in space, and lost in culture. It’s a feeling that you crave after you’ve had it and I’ve been following it around the world ever since my first taste of it.

So it’s no wonder when we finally got off the ferry in Tangier, Morocco, and took our first steps on the continent of Africa, I felt that feeling come rushing back. Immediately people were running over to grab our bags, guides started coming out of the woodwork to show us a hotel, or a carpet shop, or a restaurant. Within minutes the hassle started getting under my skin and bugging me. But then I remembered: this is what we came for. The constant smiles and “no thank-yous” are what third world travel is about. The hustle, the noise, the smells, the people, the stress, the laughs, the air … this is all travel. It’s all backpacking. It’s what I came for. It only took a couple of minutes off that ferry and I felt awake and alive again. And although I haven’t fully relaxed and re-entered the mind state of backpacking, that first step onto African soil was a huge step into this trip and what it means to me. 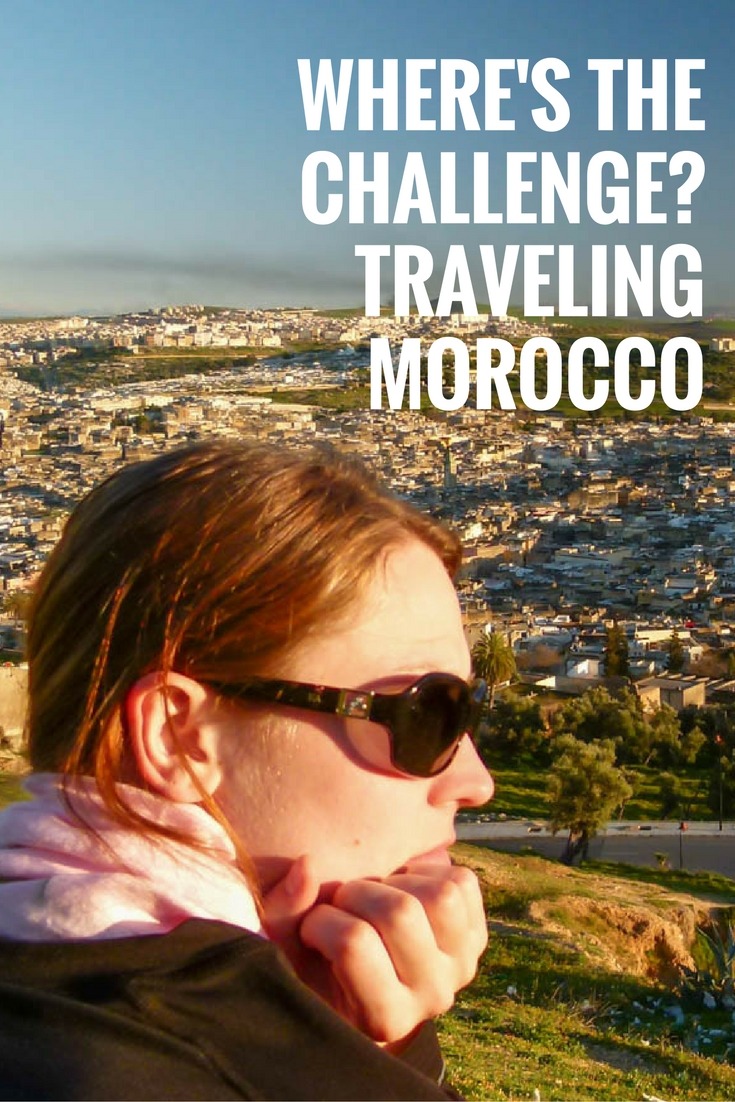 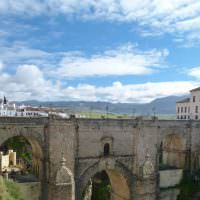 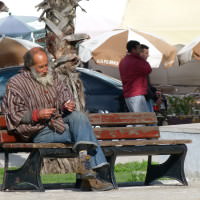