We arrived in Xi’an after a long train ride from Chengdu. We opted for the only budget backpacker option, “hard sleeper” class, which means that there are 6 bunks per berth, 3 stacked vertically on each wall. We ended up with the middle bunk this time, which is far better than the top bunk we got stuck with last time. The middle is the best in the hard sleeper class because it gives you enough room to sit up, plus it means you get the bunk to yourself all day. On the bottom bunk, other people sit on your bed during the day, and the top has no room. So we were pretty happy with middle, except for one problem, the a/c wasn’t working in our car. All the other train cars were blissfully cool and unaware of our sweltering existence on the only car with no air conditioning. So needless to say it was a sweaty, uncomfortable sleep complete with the lingering cigarette smoke that we’ve now come to associate with Chinese trains.

We know that there are some tour operators available that offer Xian Tours, but we were travelling at this time independently. The uncomfortable train was not the end of our journey.

We arrived with little sleep and hopped on a local bus to take us to our hostel. A cab is always an option and after 20 hours on a train, it’s tempting; but we’re trying to remember our backpacker roots and not spend needlessly in China. Immediately the bus passed through an entranceway in the enormous ancient wall that rims the city. Built in 618 AD the wall has been partially decimated by communist rule, but still protects one of China’s best examples of a walled city.

We checked into our hostel, Xiangzimen, which was just inside the walls. The old building was well decorated and had excellent traditional carved mouldings and entranceways typical of olden day Chinese homes.  China is very well suited for budget backpackers and every hostel here seems to be of great value for money. Our main reason for coming to Xi’an was to see one of China’s most famous sights, the Terracotta Warriors. Over 2,000 years ago, the emperor and ruler of the Quin Dynasty, Qin Shihuang built himself a tomb. In this tomb he believed his life would go on after death and for this reason he needed to assemble himself an army to protect him in the afterlife. So he had 70,000 people carve 7,500 soldiers over a period of 37 years. The soldiers were placed at strategic points around his gravesite. Each soldier that was carved has its own unique face and the entire army was placed in battle order, separated by rank and rule.

Over the millennia, many people have broken into the tombs, trashing and robbing everything in their paths. With so many soldiers to destroy however, the thieves must have become tired and left the remaining soldiers intact. What’s left now is an ongoing excavation of one of the world’s most incredible archaeological sites. Many soldiers still stand proud as they have for 2,000 years in a deep tomb that has now been mostly dug out for tourists to view.  As we walked around to the different pits to view thousands of these intricately carved masterpieces, the sheer size and difficulty of emperor Quin’s task became apparent. How anyone could lead so many people to carve so many perfect soldiers is unbelievable. So many of the men stand headless or limbless, but the grandeur of what they once were still emanates from the tombs, giving the visitor a real thrill of history, (even if they’re not history buffs).  Many people died during the creation of the Terracotta Warriors from starvation and maltreatment. The emperor was also responsible for creating much of the Great Wall of China where 1 million men died in the efforts. He was a brutal leader who forced labour on the masses, but what he created from their efforts is truly astonishing.

After visiting the warriors, we had the night to explore Xi’an town before hopping on our train to Beijing. The town itself is awesome and worth a trip without the Terracotta Warriors. There is some old drum and clock towers and other sights to see, but the best part of Xi’an was the Muslim district, complete with one of the largest mosques in China, The Great Mosque. Some of these entrance fees are a little steep for the budget backpacker’s budget, they are worth a look, even if just from the outside.

We walked around the narrow lanes, where we could choose from a plethora of street foods and candies. We had heard of a famous lamb soup in Xi’an, so we tucked into one of the small street side restaurants and did our best to order a soup in English. Of course, being in China, there is no English spoken, so we were delighted when a young college student sat next to us who was studying English. He explained to us that we first order the dense, chappati like flatbread, break it up into the empty bowl, and then bring the bowl to the kitchen to be filled. It took us a good 10 minutes to finish breaking the bread up into the bowl and by the time we got our soup back we were starving. The broth was delicious and the bits of lamb were so tender that they fell apart as we picked them up with our chopsticks. The bread soaks up some of the broth but never becomes soggy because it’s so dense and the entire soup will go down as one of the best soups we’ve ever had. A true delight for the tastebuds, and the wallet as this budget backpacker meal comes in at under $2! We can see why it is so famous in Xi’an.

After dinner we headed to the train station to get on yet another overnight train. This time we were on a “soft sleeper”, a class above all the other trains we’ve taken in China and not the usual choice for budget backpackers.  So far we had been 0-for-2 on trains in China so we were hoping that this one would be better. 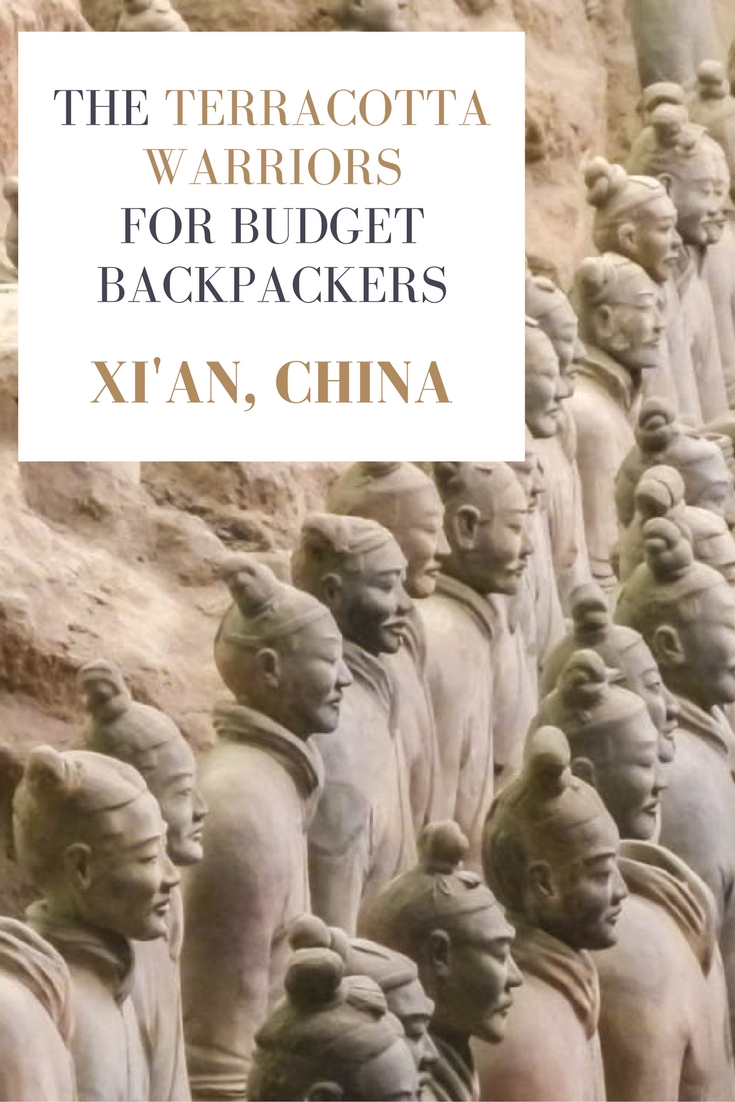 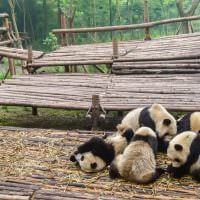 Chengdu, China: Our Visit to the Giant Panda Breeding Research Base 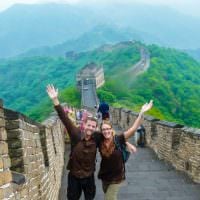 3 thoughts on “Xi’an, China – The Terracotta Warriors For Budget Backpackers”