From Petra we made our way by local bus to the capital city of Amman. We based ourselves there for 6 days and did some planning and day trips to other cities. The hotel was amazing, run by an English woman, it was immaculate with a nice common area with free wi-fi and free breakfast. After a couple of days we met back up with Toni and Bernie and decided to rent a car to explore some more of the country.

Jordan is a little bit hard to get around by public transport and most people take a taxi, which is not only costly but not nearly as fun as having your own car and freedom. Our first stop was Mt. Nebo, the place where Moses was said to have seen the Promised Land, he was also buried here (apparently). It was a bit hazy that day but on a clear day Israel and the Jordan Valley would have been perfectly visible.

The highlight for me, however, was the groups of younger girls that decided to put on some music and start dancing at the lookout! They were what we call the “Modern Muslim”, wearing tighter Western styled clothing, lots of accessories, not caring what anyone thought and actually enjoying themselves in public.

Next stop on the road trip was the Dead Sea! Something we’ve been wanting to see for a very long time. The Dead Sea is the lowest place on EARTH and has such a high salt content that nothing can survive in there. Rather than going to the public beach where all the locals are, we decided to pay one of the posh resorts along the sea to use their facilities for the day. This included their own private patch of sand/sea, the use of 4 swimming pools and lounge chairs.

The four of us headed down to the water first to see what all the hype was about. There was chunks of salt along the shore, which was very very sharp so we had to maneuver ourselves into the water very carefully. We backed ourselves in and just ‘sat’ down on the water and floated!!! It was so bizarre that it was hysterical. Nick and I were cracking up (as usual) and enjoyed every minute of it.

We laid on our backs, then our fronts and tried to be in a standing position but our feet would instantly shoot back up to the surface. Nick got some water in his eyes and I got some on my chapped lips and man did that ever sting! After awhile of floating around and being overly buoyant we got out and applied some of the mud that the spa had on offer, put it all over our bodies and let it dry out in the sun before rinsing it off in the Sea. Our skin was soooo smooth afterwards, quite the spa treatment. We spent some time at the infinity pool before packing up and heading back on the road.

Next stop was Wadi Mujib Nature Reserve, also known as the “Grand Canyon of Jordan”. The amazing valley is about 1km deep and over 4kms from one edge to the other. We were there to do some hiking! We changed into our shorts, left everything in the car, put on our life jackets and headed out. We walked along a crystal clear, warm, rushing river most of the way, getting completely drenched.

We were right in the gorge and had amazing views of the canyon walls around us during the hike. After walking for awhile in the river, it came to a small waterfall with some ropes…time to hike up the boulders and through the rushing water! Everything was so wet that it was hard to get a grip on the ropes but we all did it no problem.

There were 3 different waterfalls to climb up and the rest of the time was spent hiking through the rushing river, quite a workout for the quads. At the end of the 2km hike was a massive waterfall, we were able to go in behind it as well. That one wasn’t for climbing up though, just for hanging out at and enjoying the scenery. While we were there, waist deep in water, we all felt something on our legs, I figured it was maybe a plastic bag or something brushing against us, but nope…there were loads of small fish sucking on our legs!! I was out of there so fast.

Made our way back to the start which was much more fun than the way there. Instead of climbing up the smooth rocks and waterfalls, we were able to slide down them! It was so much fun that me, Nick and Bernie climbed back up the waterfall 3 times just for the slide down. It was one of the most exciting things we’ve ever done. We obviously weren’t able to have our camera there so we just have some pictures of us all after the hike was over. That was the end of our road trip, had so much fun and returned the car just as the rental agency was closing.

The next day Nick and I took a local bus to the Northern City of Jerash to see the amazingly preserved Roman ruins. Excavations have been going on for 85 years but about 90% of the City is still undiscovered! The ancient Roman city rose to prominence in the time of Alexander the Great (333 BC).

We met up with an American girl and spent a few hours there exploring the ruins. We found the theatres to be the most interesting of all though. They were massive and could hold 5000 spectators. The whole area was well preserved and we enjoyed walking though the sites along side many goats, birds and lizards. We parted ways with the American and Nick and I had a nice picnic lunch in the shade – tuna salad again today! After that we headed back to Amman.

Because of the recent unrest and near civil war in Syria, we had to make some decisions about where to go next. In the end we decided to skip Syria, which was unfortunate as we were really looking forward to going there. Insha’Allah we will make it there soon. We made the decision to fly to Lebanon. The following day we found out the border between Jordan and Syria had been closed anyway. The whole ordeal really through us off but our decision to fly to Lebanon turned out to be a great idea! 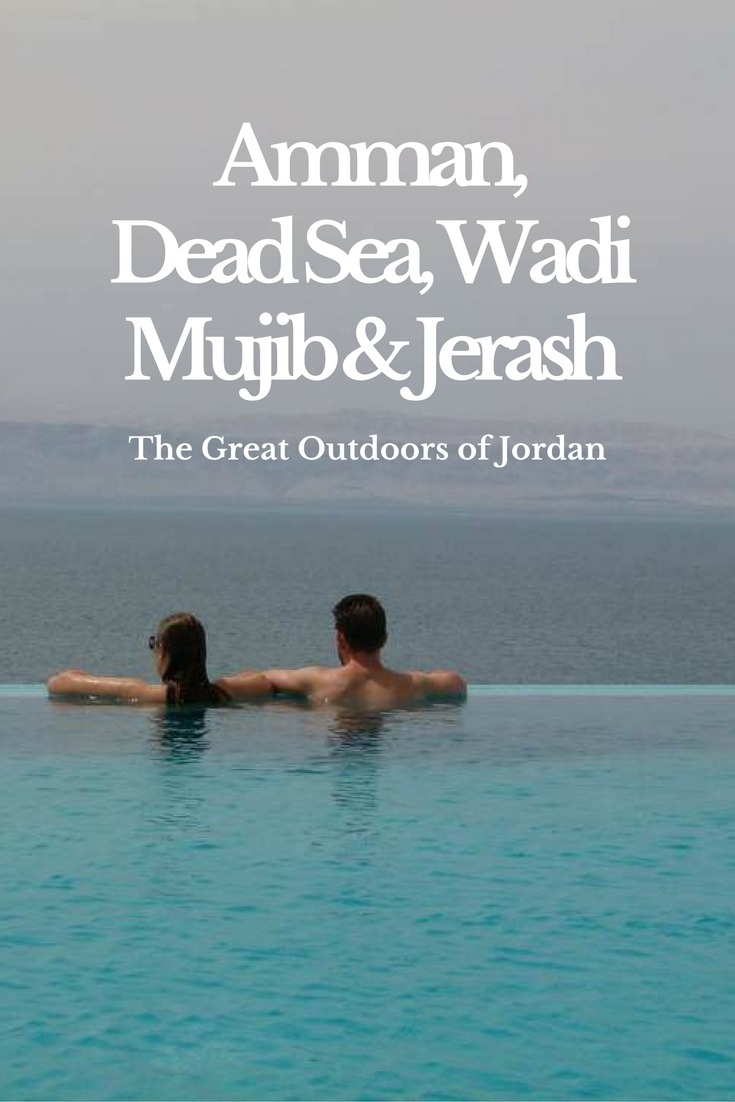