We arrived in Van in the evening and checked into our hostel we had booked. Had a quick bite to eat and were off to bed…totally exhausted after the hotbox of a bus ride! The next day we went to see the Van Castle, set high up on a massive rock overlooking the lake. There were only a few people there so we basically had the whole area to ourselves. Since being in Eastern Turkey we have been able to count the number of foreign tourists on our hands, it’s been great.

We hiked up the rock to see a mosque and some amazing views down below of the remains of Old Van City, which was destroyed during WWI. We then hiked down the rock and decided to go around it at the base as well to see what we could find. We were greeted by some kids who wanted to say ‘hello’ and have their picture taken and we also saw two men shearing sheep.

What a process: first they have to catch the sheep, then give them a drink of milk with a sedative in it to calm them down, then they hog-tie them on their sides and once the animal has stopped kicking and freaking out, they cut off all of the hot wool with a massive pair of scissors…then the sheep carries on much happier to be rid of its coat.

Around the base there were Armenian inscriptions on the rock, tombs cut into the rock and parts of old mosques, hammams and buildings from the Old City which date back to the 1500s! We headed home after that and relaxed and wandered around aimlessly before meeting up with some other backpackers from our Hostel-Philip (Germany), Moson (Iranian, born in Bangladesh, living in Vancouver) and Lucas  (Switzerland).

We all went for dinner and then to a teahouse to have chai and play backgammon, which is exactly what all the local men do every day and every night. There wasn’t (and never is) a single woman in there so they all kind of looked at me funny when I came in and sat down during “men time”.

After 2 nights in Van we took yet another bus to the City of Kars…Van to Kars, maybe there will be a ‘truck’ city next? That bus ride ended up being a nice temperature, thank God. We found our hotel (after some help from a local) and went out for dinner. Kars is known for its honey and specialty cheeses so along the way we stopped into a little store to sample some of the goods.

The honey was sooo delicious, sweet and sugar free and the cheese was a different texture, sort of like jerky but really good and not too salty. We ended up sitting with the manager and his friends for awhile chatting and having chai and taking pictures. Yet another great encounter with the local, hospitable people. We were planning on transiting through Kars on our way to Georgia but decided to stay two nights instead….which I’m glad we did because the next day we went out to the ancient city of Ani on the border with Turkey and Armenia.

Ani was once a great prosperous city perfectly situated on the East-West Silk Road trade route. The Byzantines took over the city in 1045, then the Persians in 1064, then the Kingdom of Georgia, then the Kurds until finally the struggle for power over the city was taken by the Mongols in 1239. As they were (are) nomadic, they had no use for the city so they just abandoned it and moved on.

As time went on, an earthquake toppled much of the city and trade routes changed and Ani became less important. So, here it has sat in ruins since 1239! The setting for Ani was surreal, totally breathtaking. The ruins are dotted all along grassy plains covered in flowers with a rock cut river on both sides and rolling hills in the distance. We spent 3 hours there walking around and seeing all of the old ruins. Each of the old buildings were amazing but we had a few favourites.The Church of the Redeemer (dating from 1034-1036) stands as a tall building….but only 1/2 of it is there. The other half of the church was struck down by lightening in 1957.

Next was the Church of St. Gregory the Illuminator. It’s set on the cliffside overlooking the gorge and river down below. The relief work and frescos (pictures) of the bible and Armenian church history inside of the church are in such amazing condition even after all these years.

There was one mosque at the site which is said to have been the first mosque built by the Seljuk Turks in 1072. The style of the mosque was completely different than the other ones we’ve seen on our travels: the shape was more rectangular rather than circular, and there were no domes, it looked like an odd church actually. We climbed the twisting narrow stairway all the way up to the very top of the minaret and enjoyed the great views of Armenia in the distance, the rushing river down below and an overlooking view of all the ruins on the plateau.

The building that stuck out the most for us was the massive well preserved Cathedral built in 937. Whenever Christians took the city of Ani, it was a church. When Muslims ruled the city, it became a mosque. Inside it was so spacious and there was lots of details and inscriptions on the walls. We’re so glad we decided to spend the extra day in Kars and make our way out to Ani, a place that many people who come to Turkey never have a chance to see.

We headed back to the hostel and had some downtime and research time. We were planning to pop into the neighbouring country of Georgia for a few days and needed to figure out how to get there and what to see once there! 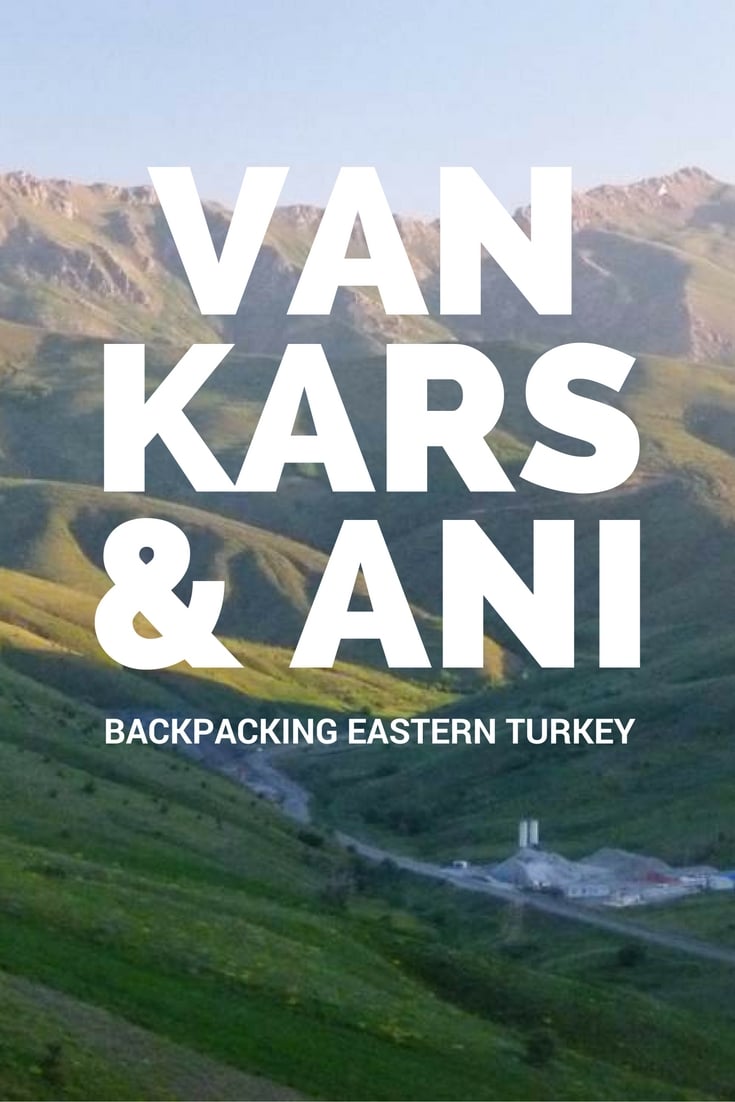 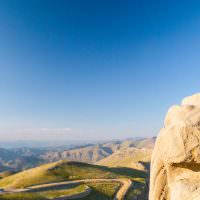 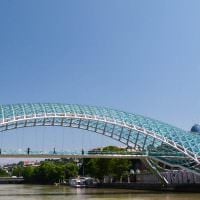 Tbilisi, Georgia – A Quick Trip Through The Caucasus Countries