15 Things You Didn’t Know About Goats

Aren’t goats the best? If you’re wondering can goats swim, do they like water, or if they sleep, you’ve come to the right place. Learn all this and more about goats in this article.

We call ourselves Goats On The Road for three reasons.

Who doesn’t love goats? If you’ve ever seen a baby goat, you’d know that goats are one of the cutest animals alive. But there is a lot more to goats than you may think. They are smart, fashionable and absolutely hilarious.

Here are 15 things you may not know about our favourite nomadic livestock.

1. Goats Are Responsible for Cashmere

If you’re in the fashion business you may have already known that cashmere is made from goat fur, but this was news to me. I was reading a post on this blog and I was shocked to find out that goats actually produce this expensive and luxurious wool!

If you’ve ever smelled a goat before, you may be surprised to find out that people actually wear their fur. Cashmere has been manufactured in Nepal for thousands of years. The fiber is also known as pashm (Persian for wool) or pashmina (Persian/Urdu word derived from Pashm) for its use in the famous handmade shawls of Kashmir. 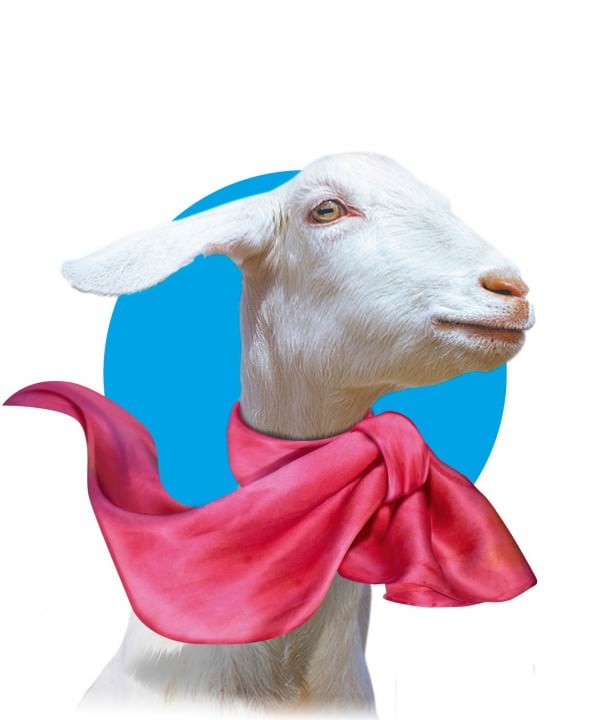 Despite being represented as shy and introverted in the 12 animal Chinese Zodiac, goats are actually very social. They frequently communicate with each other and mothers can recognize their “kid’s” bleat even after a year of being separated.

Long ago in the Ethiopian highlands, a goat herder named Kaldi noticed that his goats were acting a bit strange. They were hopping up and down and running in circles into the wee hours of the morning.

He soon realized that their strange behaviour was due to their consumption of a certain berry. The berry soon became known for its energetic properties and word about its amazing effects spread into the Arabian Peninsula, and from there it was transported and traded around the world.

The Dancing Goat Coffee Company in the UK has clearly heard of this legend. Today coffee is the world’s second most traded commodity (next to oil). Thanks, goats!

We all know that goats are a quirky animal, but their scientific name, Capra aegagrus hircus, actually derives from the Latin word Capra, which means quirky, whimsical, fanciful and apt to change suddenly.

5. Goats Have Eyes in The Back of Their Heads

Well, not literally, but goats have a strange, rectangular pupil that allows them to see 320 degrees around them. Their oddly-shaped eyes also grant them great night vision!

Goats actually vary greatly in size from small 35 lb pygmy goats to giant 240 lb Boer goats! Both species are raised for meat and while Boer goats clearly have more fat to feast on, pygmy goats are known for their high-quality milk.

Actually this is a controversial myth.

In reality, goats don’t faint, but the Tennessee Fainting goat has a condition of the central nervous system called congenital myotonia, in which their muscles become temporarily paralyzed when they panic.

The condition causes no pain, but the animals do fall over. No matter what causes them to tip over, it is hilarious, but you shouldn’t go around screaming at goats to make them faint… just watch it on YouTube instead!

8. Give Two Kids a Buck and Call Them a Trip

Young goats are called kids and adult male goats are bucks (or billies). Females are called does (or nannies) and a group of goats is called a trip.

That’s right, wild goats are like Chuck Norris, they don’t sleep, they wait.

This is actually a controversial topic but many goat specialists (yes there is such thing as a goat specialist) say that wild goats never sleep. Others claim that it’s a “tree falling in an empty forest” situation and the goats actually do sleep when nobody’s watching.

10. Goats Were the First Animals to be Domesticated

Recent genetic analysis confirms the archaeological evidence that the wild Bezoar ibex of the Zagros Mountains are the likely origin of almost all domestic goats today.

It is thought that humans domesticated goats as early as 7,000 B.C. Maybe goats are really man’s best friend?

Goats are one of the few animals known to manipulate their surroundings to do their bidding. It may not be as dramatic as a chimpanzee using a branch to harvest honey, but goats have been known to pick up straw and use it to scratch their backs.

Don’t cough or sneeze on your goat because they are susceptible to many human ailments including colds, flus and pneumonia.

Hearty seafarers, goats have long been a sailor’s companion.

They have been historically kept on ships for meat and milk over long journeys and they were occasionally thrown overboard.

When the captain made his goats walk the plank, it wasn’t a ritualistic sacrifice. He was actually giving the goats a much-needed swim around the boat to prevent their muscles from dystrophy.

So, can goats swim? The answer is they’re great swimmers and have been known to swim long distances and even across seas to populate on close neighbouring islands.

You haven’t truly lived until you’ve seen a goat in a tree. Seeing goats precariously hanging from the outermost branches of an argan tree in Morocco was one of the most hilarious sites I’ve ever seen. Just check out this picture:

15. Goats are Smart, Inquisitive and Picky

You may have seen goats chewing on rubber and random household objects, but this is not because they are hungry or mindlessly chewing.

Goats are actually very inquisitive and they frequently pick up items to investigate them. While goats will put almost anything in their mouth for examination, they absolutely hate paper and tin cans.

GOAT (Greatest Of All Time!)

There you have it!

Goats aren’t just adorable and hilarious, they’re actually extremely intelligent and complex animals with many behavioural quirks and a long history with the human species.

This article was inspired by the funny video below and my subsequent goat research. I hope you enjoyed reading it! 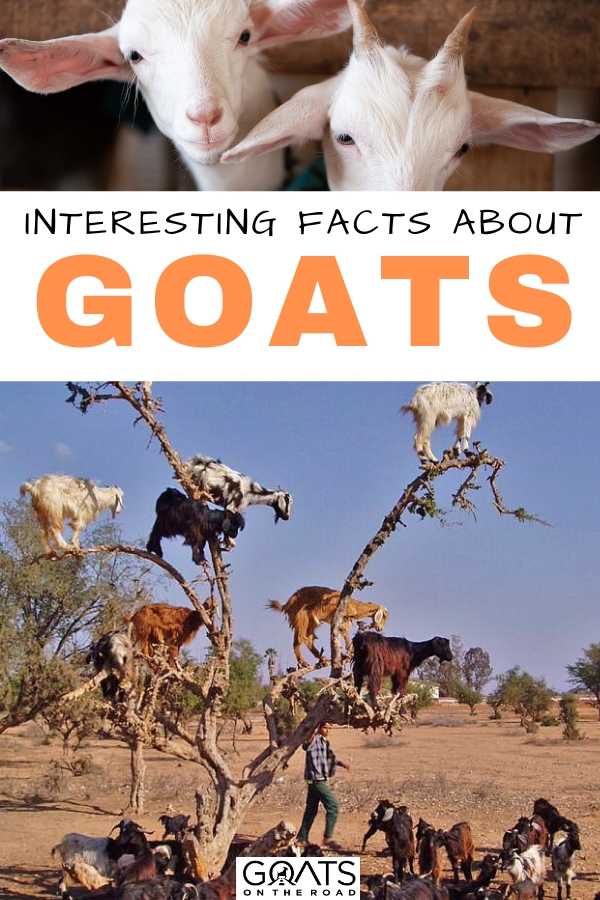 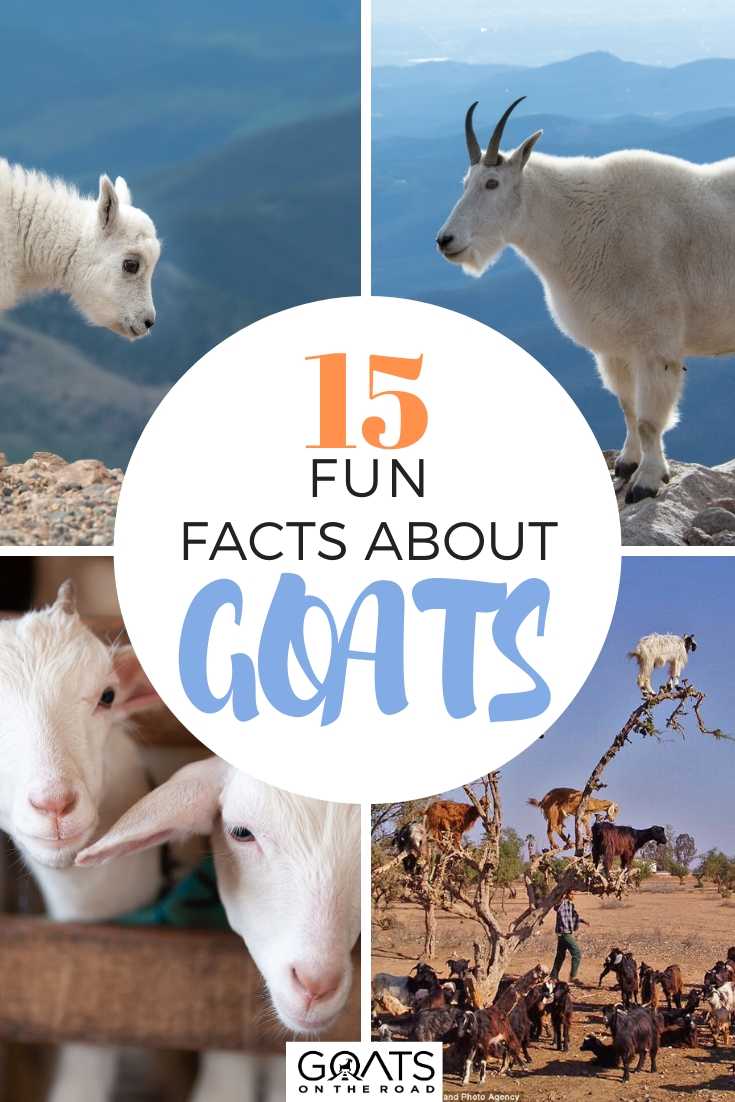 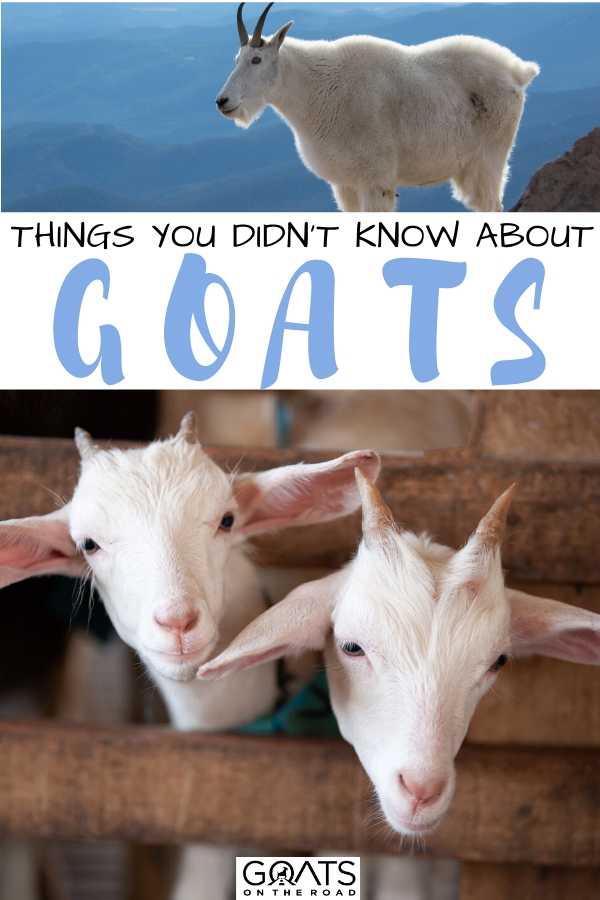