“From birth, man carries the weight of gravity on his shoulders. He is bolted to earth. But man has only to sink beneath the surface and he is free.”

We spent 2 full weeks in beautiful Dahab, Egypt. We arrived after a grueling 26 hour overnight bus ride from Luxor. The bus was one of the oldest, shittiest buses we’ve been on. The seat Dariece sat in wouldn’t recline and the one in front of her was jammed in a full reclining position, leaving her with absolutely no leg room. I offered her my seat numerous times but she said I’m a more fickle sleeper so I kept the slightly more comfortable window seat.

When we arrived there was a truck at the bus station eagerly awaiting tourists. Seeing as we were the only tourists on the bus (due to the revolution) we got the driver’s full attention. He was from a hotel called “Divers House” which was right on the water. We agreed to go with him and he took us there. He showed us the room and we were pleasantly surprised. It was a beautiful, clean, sea view room with A/C, hot shower, tiled floor and huge balcony, all for 60 EYP or $10 Canadian. Usually the room is twice that but because of the obvious lack of tourists we ended up getting a great deal.

The first day there Dariece and I did what we did most days in Dahab, relaxed, snorkeled, and drank beer. Dahab is a beautiful place despite the fact that it  lacks any real beach. There’s a small patch of pebbly, golden sand just in front of Red Sea Relax Hotel, but for the most part its turquoise coastline is rimmed by a coral shelf, making it slightly awkward for a swim anywhere other than the small beach. However, it’s that coral reef that makes the diving and snorkeling so amazing. The reefs in the Sinai region are the healthiest reefs I’ve seen and when Dariece and I donned masks and fins to explore the Red Sea we found many varieties of sea life. Everything from octopus and cuddle fish, to banner fish and puffer fish.

I planned to do some diving in Dahab, but after seeing what the Red Sea had to offer I ended up doing a lot more than I anticipated. I did my PADI Advanced course which included a dive in the world-famous Blue Hole. Dariece came along with the dive group and snorkeled around also. It was one of the most amazing dives I have ever done. The Blue Hole has a sort of cliché stigma around Dahab and many divers claim other sites to be far better. But this site was my favorite. The Blue Hole is exactly as it sounds. A giant hole, like a volcano cauldron, that descends to 110 meters below the sea. The walls of the Blue Hole are crusted with beautiful corals but it is the wall outside that leads to the open ocean which is the most beautiful.

For the dive I did, we ascended a small chimney 100 meters from the Blue Hole. The chimney (named Hells Bells) is only twice the size of one suited diver in spots and is an exhilarating head down, fins up descent to around 28 meters. Once at the bottom of the chimney there is an arch, or short cave, leading out into the open ocean. Once out of the chimney we followed an amazing reef wall that looks like a sheer cliff down into the darkness below with overhanging parts to swim under and through.

Once we reached the Blue Hole we ascended to around 5 meters and went over a small saddle, where we rimmed the edge of the massive cauldron before exiting on the far side. The dive is something I can’t explain. The beauty of the coral, the massive size and dramatic shape of the cliff, and the amazing array of fish is too hard to put into words. The Blue Hole is most famous for the amount of lives it has claimed. Somewhere around 60 divers have lost there lives attempting the 55 meter arch at its depths. 55 meters is deep enough to induce a strong nitrogen narcosis in the human body, and causes divers to become delirious, disoriented, and sometimes renders them incoherent. Fortunately this depth is beyond recreational dive limits so I was happy staying 30 meters and up.

Another dive I did after completing my course was a ship wreck called S.S Thistlegorm. Laying at around 30 meters, the Thistlegorm is one of the best wreck dives in the world. It is a British navy ship that was bombed by German planes in World War II. The ship itself was only about 2 years old when it was sunk carrying ammunition, vehicles, and spare plane parts to a British base in Egypt on October 6, 1941.Famous underwater explorer, Jacques Yves Cousteau was the first to discover the wreck and because the ship was sunk when it was still relatively new, it remains in amazing condition.

I did 2 dives down to Thistlegorm, the first one was a dive around the ship where we saw huge 15 ft anti- war craft weapons on its deck. We descended to where the bomb hit the ship and split it in two. There we could see into some of the cabins but we didn’t enter the ship until the second dive. The second dive was completely surreal. Swimming through the different rooms and hallways of the ship we saw motorcycles, tanks, trucks, airplane wings and a ton of fish who have taken up residence inside the massive ship. Wandering through the captains chambers and cargo holds with a flashlight felt like I was a National Geographic underwater film maker, it was amazing.

So, I ended up completing my Advanced Open water course, and doing 10 dives in Dahab. Thistlegorm and the Blue Hole were definitely highlights for me but Dariece was getting a little beached out and anxious to get back on the road. Other than me diving we did lots of snorkeling along the amazing reef outside of our hotel, walked up and down the funky streets, drank beers with Toni and Bernie and other travellers we met, smoked sheesha at one of the cool bars along the waterfront and relaxed.

We were both ready to move on after two weeks and get back to travelling. Places like Dahab are so beautiful, and so relaxing that they just suck you in and make it very hard to leave. But we had one more thing planned before leaving the Sinai. We wanted to climb Mt. Sinai to St. Catherine’s Monastery. So many people told us about the great views and beautiful monastery. I guess we’ll never know because we didn’t do it.

We were heading to the bus station to take a convoluted journey to the mountain without a tour when our hotel manager, Mohammed, offered us a cheap ride to the ferry that would take us to Jordan. A combination of laziness, indecisiveness, and thirst for a new country led to us hopping on that bus and leaving Egypt all together on a whim. Everything worked out very well though, we were able to spend the rest of our Egyptian pounds, and caught the boat over to Aqaba, Jordan without a hitch.

If you’re planning a trip to Egypt, be sure to check out our Budget Backpacking Guide To Egypt. We’ll share all of our “off the beaten path” secrets, tell you how to get around, give you the low-down on visas, travel costs and much more! 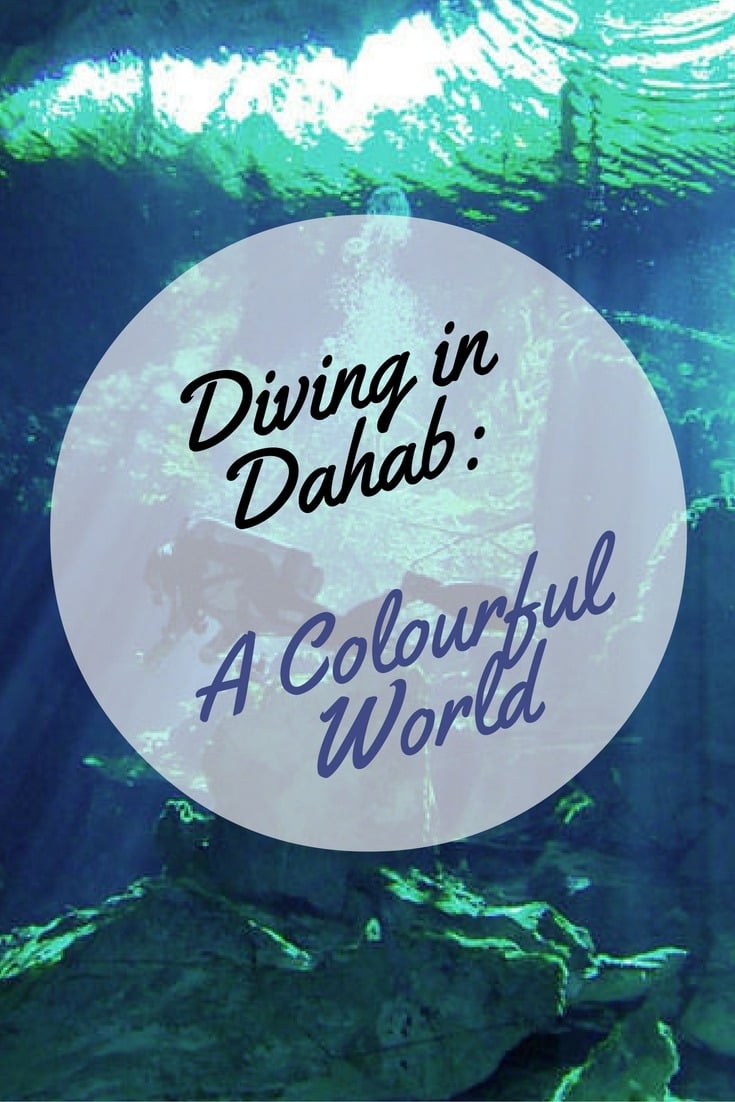 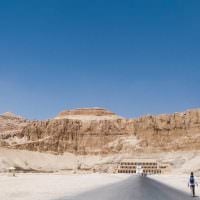 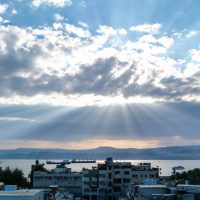 Petra, Jordan: Another Wonder Of The World

9 thoughts on “Diving in Dahab: A Colourful World”