We left the temples, payas and pagoda’s of Bagan to head for the hills, tribes and treks in the northern village of Hsipaw. But first we had to go to another one of Myanmar’s major cities, Mandalay. Not just a congested mix of buildings and traffic, Mandalay actually has some charm and there is plenty to see in the surrounding villages. Unfortunately we were on a mission to get as far away from the regular tourist trail as possible, so we spent only one night in the big city.

We arrived in Mandalay late in the afternoon, had dinner and went to bed pretty early. Before catching the bus the next morning we decided to take a walk around the lanes that surrounded our AD-1 Guest House. Despite the modernity of the big city, typical, age-old Asian life still took place in its streets. Markets were open on nearly every road and their goods spilled out onto the streets. People pedalled by on old bicycles and tri-shaws. Getting a taste for Mandalay made us want to stick around longer and see what it had to offer, but unfortunately we didn’t have much time. We needed to get away from the other travellers and to do so we were planning on trekking into the hills surrounding Hsipaw.

We took the seven hour bus ride and arrived in Hsipaw at around 9:00 pm. We found our hotel and checked in to a very basic room at Mr. Charles Guest House. We were told that there would be guides at the restaurant in the morning and we could arrange a trek then.  The next morning we awoke early and went down to the restaurant. I was excited to plan a hike in the hills with just Dariece, a guide and myself. When we entered the restaurant it became clear that this may not be possible. There was about 4 guides available to about 30 tourists, meaning that there would have to be groups of at least 6 people heading out on what appeared to be a “guided tour” rather than a trek with a tour guide. Not our style!

So, slightly disappointed, Dariece and I headed out around town to try to find our own guide. We went to the other 2 guesthouses to try to see if we could get one for ourselves but every guide in town was booked into 6 or 8 person groups. We’ve taken plenty of guided trips and over the years have just decided that it’s not for us. When we join a group, we never end up talking to the guide and learning about the area or culture, we always end up talking to the other foreigners instead. Also, entering a village in a group of 8 people is intimidating to local people and automatically ruins any chance of an intimate conversation inside their homes. Nobody wants to invite 8 strangers over for dinner or tea, but two or three are almost guaranteed.

So, completely deflated, we decided to just walk around Hsipaw ourselves and check out some of the villages nearby. We walked North to a place called little Bagan, which was a spattering of a dozen or so old temples which were interesting, but would be more aptly named “minuscule Bagan” in comparison to its massive counterpart. We also stumbled upon a school where the kids all said good-bye as we entered their playground. At first we thought that they wanted us to leave, but we quickly realized that they didn’t know any English and their good-bye’s were attempts at greetings.

After a few minutes we left the school and headed west. We were walking past Miss Popcorn’s Cafe when a few Taiwanese travellers invited us to sit with them. We got to talking and they explained that they had started a school a couple years ago in a small Shan village about an hour from Hsipaw. At the end of the conversation, they invited us to come and teach with them that evening. We were stoked, this was the perfect opportunity to finally leave the tourist trail behind and find something real and untouched. We gladly accepted and planned to meet them at 3:00 that afternoon.

THE VILLAGE OF GOODBYES, PART 2

INFO ABOUT MYANMAR CITIES: SLEEPING, EATING & GETTING AROUND

HOW TO GET A MYANMAR VISA IN BANGKOK

WHERE TO GET USD FOR MYANMAR, IN BANGKOK 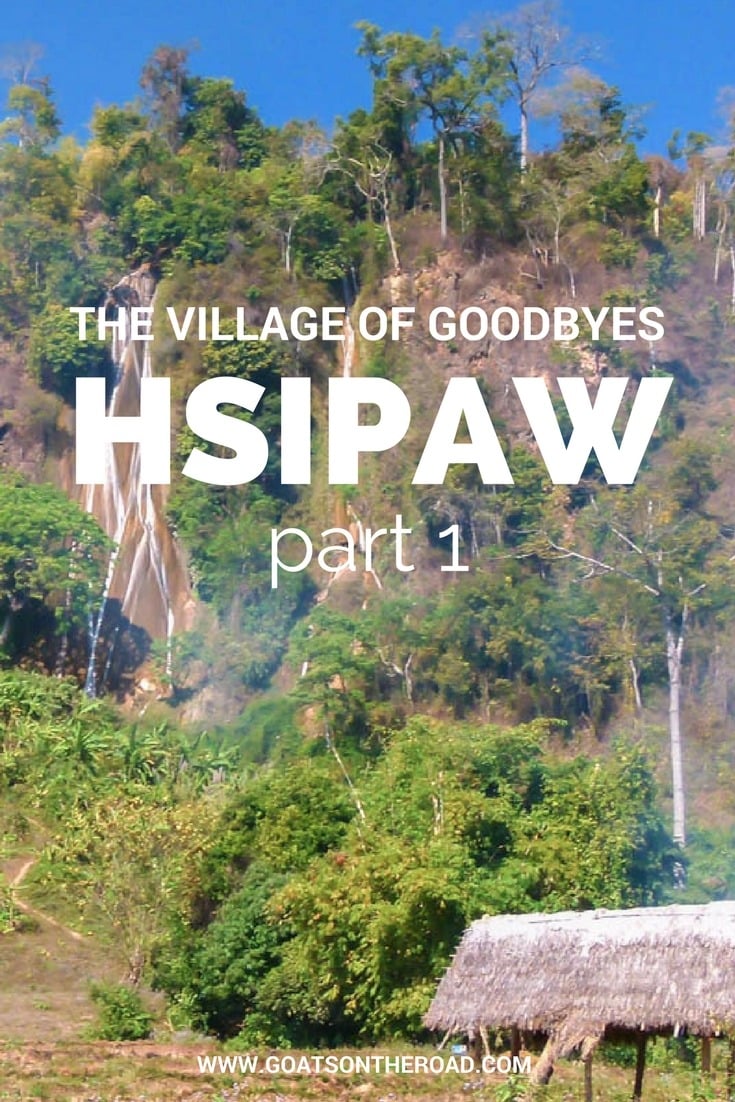 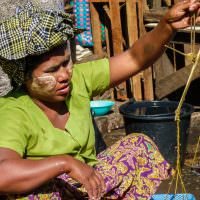 Burma On The Brink: Travelling from Bangkok to Burma 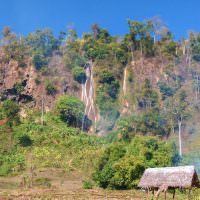 4 thoughts on “Hsipaw, Myanmar: The Village Of Goodbyes Part #1”