10 Interesting Things About the People of Grenada

Grenada is a lovely island blessed with a breathtakingly lush interior, beautiful beaches and flavourful food. But the people here are what make the Island of Spice so unique. Grenadians are without a doubt some of the friendliest people in the Caribbean. 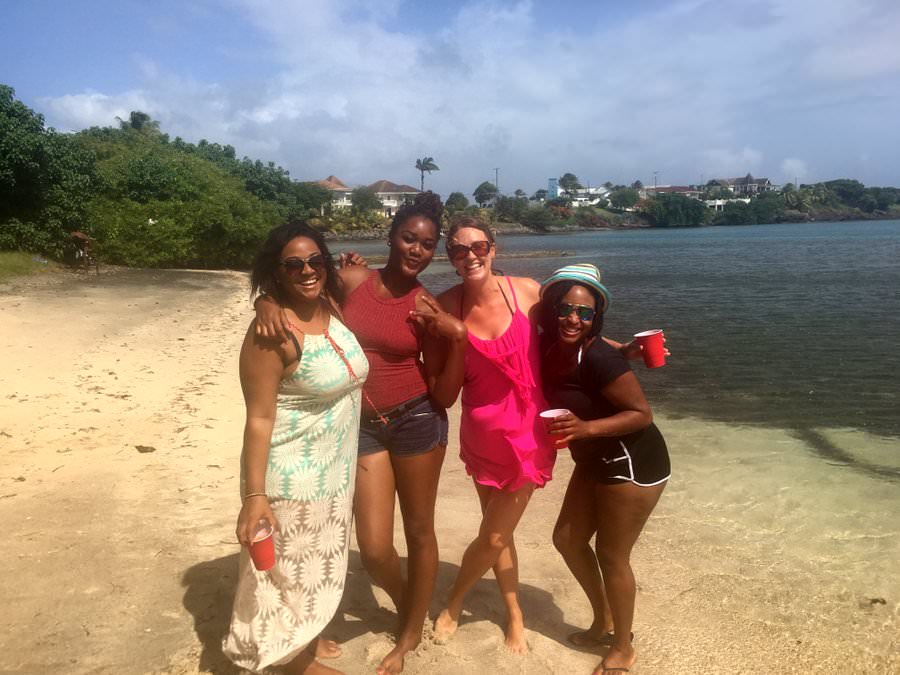 The island is made safe by their calm and relaxed nature and they feel obligated to treat every visitor as an honoured guest. They know that they live on the best island in the world and they’re always happy to share it.

But there are some unique, funny, strange and interesting things that Grenadian people say, and do. In this article I’m going to list a few of our favourites.

In Grenada, the word “high” refers to actually being high on drugs and being drunk. So if you hear a Grenadian say “I was so high last night”, they’re probably talking about drinking alcohol. After dark and around carnival time, the whole island seems to be a bit “high”. 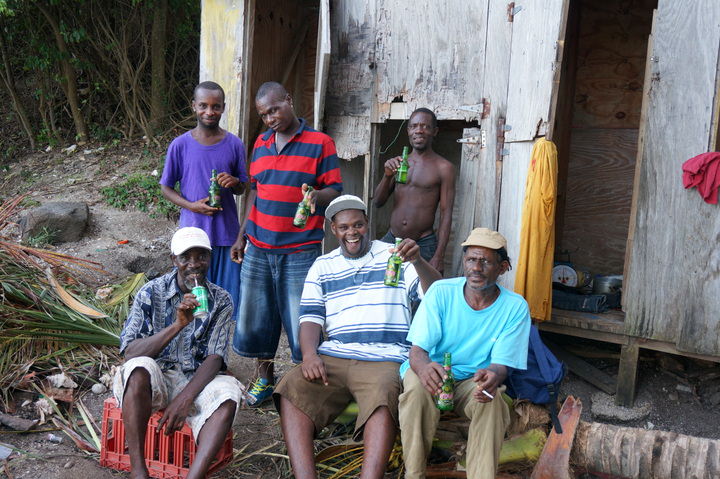 Basically, to “lime” means to hangout. You can lime with friends or family, with one or two people, but you can’t lime alone! You can lime at a beach, someone’s home, the side of the road or a bar, and there will typically be food and drinks involved.

Grenadians love to hangout and enjoy spending time with close friends, and they especially love to cook a pot. You can “have a cook” on a secluded beach or you can “pack the pot” and bring it to one of the points, a friend’s house or wherever you plan to lime.

Grilling over a fire is popular, as is making a one-pot dish, such as an oil down (Grenada’s national dish), or waters (which is a soup filled with whatever is on hand).

The people of the Spice Isle are absolutely mad about carnival and while not everyone attends J’ouvert (the climax of the celebrations), most would agree that it is a spectacle not to be missed.

Generally, the more religious Grenadian people are put off by the whining (sexual dancing), dirty music, and copious amounts of rum that is consumed during the festival.

However, the history and culture surrounding the carnival celebrations is something that everyone can appreciate. We’ve always enjoyed our time spent at Carnival — including the costumes, music and overall vibe of the island during that time. Click here to read about our experience at J’ouvert.

Most people on the island refer to snakes as serpents and although all of the species are harmless here, in our experience, most Grenadians will have a “kill it and ask questions later” approach.

This is unfortunate because they have some beautiful tree boas on the island and countless garden snakes, but if they slither past a Grenadian with a machete they probably won’t get far…

This may be a bit intimidating for first-time visitors to the island — especially if you’re from a country where it’s not customary to see people carrying large knives.

In Grenada, cutlass are an incredibly useful tool — from cutting back bush to make a path, or to open up coconuts, there are many uses. 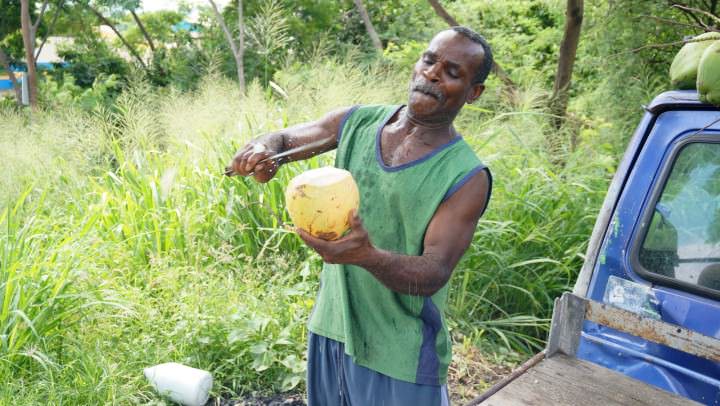 Pretty much every man on the island has a machete and they carry them most of the time. You’ll see people walking on the street with them, in the bush, on the beach and even in town sometimes.

As a tourist you won’t likely see a centipede in a bottle of rum. These are usually kept under the counter at the most local of rum shacks.

Grenada does have the largest centipede species in the world, the Amazonian Giant Centipede. These creepy crawlies are extremely venomous and while they aren’t able to kill an adult human, the insect itself can grow to a foot long and they have a nasty bite.

Putting centipedes in rum is illegal in Grenada, but if you manage to find it “under d counter” you may be in for a treat as Grenadians swear by it.

7. They Make The Best Rum

If you spend enough time at a rum shack in Grenada, you’ll probably end up hearing an argument about the best way to distill and process rum and which place the best rum comes from (we’ve experienced this first hand).

Grenadians love their rum and they take great pride in their history of producing it. Make sure to sample some when you’re on the island, and see how it’s produced.

Our favourite brand is Westerhall, but there’s also Clark’s Court and Rivers.

The Catholic Faith is very strong on the island with 44.6% of people claiming to be Roman Catholic, while 44.3% are Protestant and the rest is a mix of other religions including Rastafarian, Muslim and Jehovah’s Witnesses.

In day-to-day speech you will hear Grenadians use religious phrases like “have a blessed day”, “please God”, “praise God” etc. On Sundays, you will see many people dressed in their best clothing making their way to and from church.

Grenada was once the largest producer of nutmeg in the world, but since Hurricane Ivan in 2004, many of the island’s best nutmeg plantations were destroyed and never recovered during the devastation. Luckily the island produces some of the best cocoa and raw chocolate in the world. 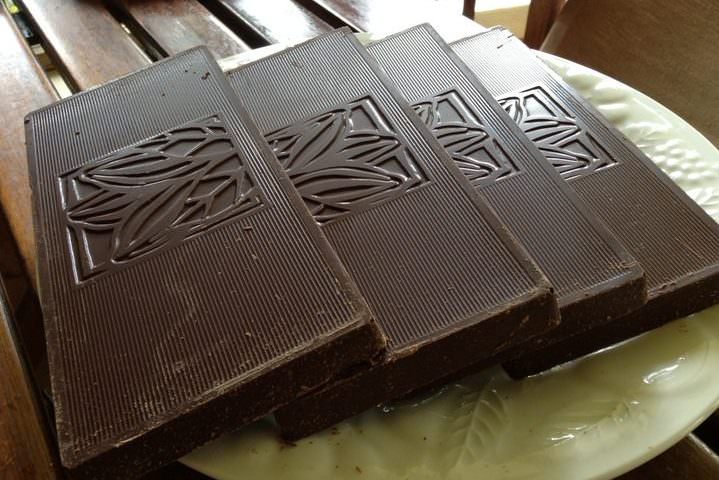 While there are a few producers on the island (Jouvay, Grenada Chocolate Company, Crayfish Bay and Tri Island), our favourite is the 100% Organic branch-to-bar chocolate that comes from Belmont Estate. You really can’t beat the 60% and 70% bars, the salted chocolate, and their cocoa tea (a traditional drink in Grenada). It’s the best on the island.

I can’t say it enough, Grenada is made all the more special by the people of the island. Now, to be fair, in service situations (at the grocery store and in some restaurants), you might get some grumpy service, but outside of that, you’ll find the people to be very friendly. 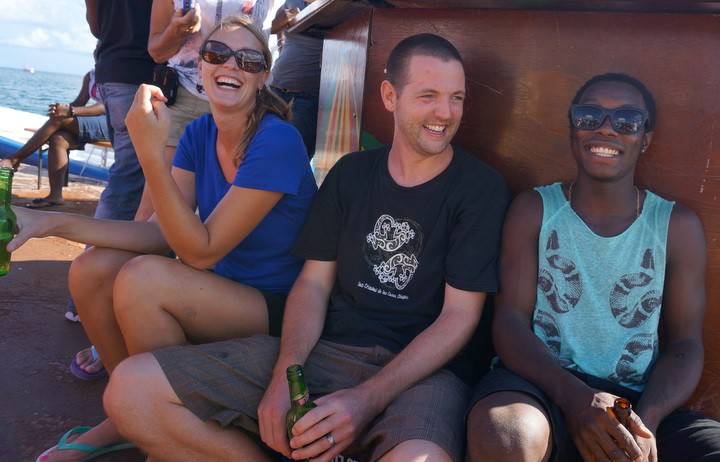 Grenadians are all about respect, and if you’re kind and well-mannered (which you should be!), you’ll end up having some very positive experiences. What you give you’ll receive. We’ve made many lifetime friends on the island and we always feel welcome, even when we’re at crazy parties like J’ouvert in Carnival season.

Come to the Isle of Spice and learn the many things that make Grenadian people so special. 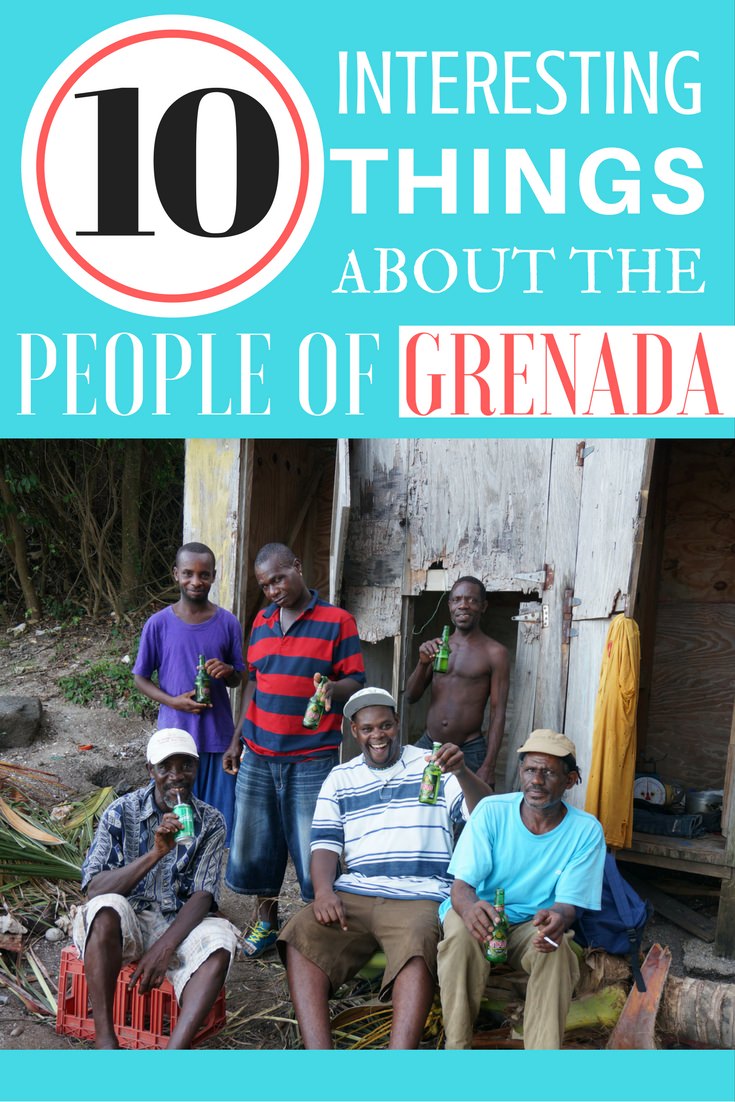 61 Best Things To Do in Grenada, Caribbean

The island of Grenada in the Caribbean is a true jewel. There are numerous things to do in Grenada, but there isn’t a lot of information online about this tiny island nation. We’ve lived here for over 5 years, so we know lots of unique things to do in Grenada and this blog has more ...
May 5, 2022
By:
Dariece Swift

Who said visiting the “City of Love” has to be expensive and cost an arm and a leg? Here is our selection of the best tips for visiting Paris on a budget. There’s no doubt that Paris has long been regarded as one of the top European travel destinations that you simply have to visit ...
November 7, 2021
By:
Marco Santos
About
Contact Us
Work With Us
Start Here
Start a Blog
Privacy