We’ve recently found out that 2015 is the year of the Goat in the Chinese Zodiac! Now, if that’s not a good sign, I don’t know what is. The year started off nicely here in San Pancho, Mexico. On the eve of the new year, we enjoyed a lovely sunset with music on the beach, followed by an incredible Italian meal. We rounded the night off with the countdown to the new year and  fireworks and dancing on the streets. All of which was enjoyed with a glass of red wine in hand.

Check out our GoatLife TV of our New Year’s Eve below:

If you can believe it, we’ve been in this little west coast town for just about two months. Our feet are getting itchy…very itchy. We’ve decided it’s time to move on and get the year of the Goat started off right… by being on the road 🙂

In a previous article, we explained how our plan is to never plan, however, when awesome plans come our way, we have to listen. We’re now all about following opportunities as they arise and just going with whatever is thrown at us.

So, without further ado, I present to you our outline for 2015

…which just somehow all fell into our laps without us having to do anything really.

For the rest of January and part of February, we’ve decided to continue backpacking around Mexico. We’ve been offered an amazing partnership with an awesome company who will be providing us with free stays along the way, in exchange for reviews of hostels.

We plan to start off in the city of Guadalajara, followed by the mountainous town of Guanajuato, then off to the 3rd biggest city in the world, Mexico City. Some friends of ours are currently in Mexico and they’ve made many efforts over the years to come and see us abroad, so it’s our turn to go to them. We’re meeting up on the island of Mujeras, just off of Cancun in the Yucatan area…which ended up working out quite nicely as an airline here in Mexico has agreed to partner with us, and is offering a return flight from Mexico City to Cancun in exchange for some promotions. 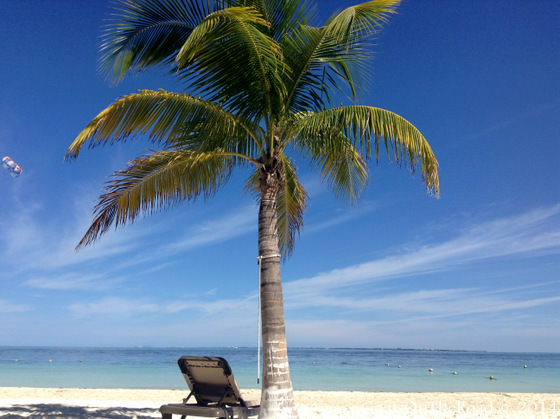 Once back in the massive city, we’re heading south to the state of Oaxaca. This is supposed to be one of the most authentic places in the country and we can’t wait to experience the culture, the food and the beautiful landscapes.

Just the other day, as we were thinking of Guatemala with the map open on our computers, we saw that there was a house sit available just outside of the city of Antigua in (you guessed it) Guatemala! We contacted the owners and had a Skype interview with them. We were one of the top three candidates for the job, but in the end, it was given to someone else. However, the owners loved us and put our information out on the various Facebook groups that they’re a part of in the area. We’ve since received an email from a woman who is interested in us sitting for her, and we’re working on the dates now.

We plan to spend about a month in Guatemala, travelling around to various cities, and house sitting for a week or so along the way.

From there, we’ll head further south into Honduras. As you know, Nick loves diving and this Central American country has some of the best scuba diving in the region. We’ll spend about a month in Honduras before moving even further south…to Nicaragua.

This will be around the beginning of April and we figure we’ll spend about a month in Nicaragua as well – diving, hiking volcanoes, trekking and experiencing the culture will display prominently on our itinerary here.

Now, this is where the “go with the opportunity” part really comes into play…

We were asked by Pure Grenada, (a partner of the Grenadian Tourism Board), to come back to the little Island of Spice to cover a chocolate festival that is going on in mid-May. Since we love the island, we didn’t hesitate to say “yes”. The best part is that it’s an all expenses paid trip. All travel costs, including flight and hotel are covered. The event is about a week-long and after promoting it, we thought we’d take off back to Central America to continue with our travels there.

BUT, we were then offered a two month house sit on Grenada for the months of June and July. The house is in a beautiful area and is newly built. There are no pets for us to take care of this time, we’ll be strictly in charge of keeping the house clean and tidy, maintaining the yard and making sure the property is secure while the owner is away.

So, that brings us to the beginning of August, which is when our precious Spare Dog (who we took care of in 2014) needs looking after. Spare’s owners asked us to come back and take care of him for the months of August, September and October!

Since we love Spare Dog and think about him often, and we adore the property that we would be living on, this one was a no-brainer. It looks like we’ll be spending mid-May through to the beginning of November back on the incredible Caribbean island of Grenada!

It was never our plan to plan so much of 2015. We knew we wanted to go back to Grenada, but we figured it would most likely be at the end of 2016. That doesn’t matter though, everything points to us going back this year and we’re very much looking forward to it.

That leaves us with November and December before the year is over. Most likely we’ll head back to Central America and continue where we left off. But really, with it being the Year Of The Goat, who knows what will pop up for us! We’re open to anything and everything and following the opportunities as they arise.

What’s on your agenda for 2015? We’d love to hear about your plans, leave a comment below.