We had wanted to visit the magical city of Dubrovnik for many years, ever since we saw photos of red-tiled roofs surrounded by a towering stone wall, with the Adriatic Sea crashing against the cliff side below. Every photo we saw was simply stunning.

Oh ya, this was definitely a dream destination for us!

Don’t Miss Our Guide to Dubrovnik.

After spending 2 weeks in Split, we rented a car and drove south to Dubrovnik, which was a gorgeous journey. In fact, we had already experienced this route during the bus ride from Sarajevo to Split – a bit of backtracking, but the scenery was incredible, so we didn’t mind.

We were greeted by Pave from Celenga Apartments at a parking lot just a few minutes outside of the old town. The cost of parking in Dubrovnik is not only expensive, but hard to find availability. Luckily for us, the apartment we were staying at had free parking available for the five nights we were there!

To enter into the old town, which is where we would be staying, we literally had to walk over a drawbridge! The fairytale picture that we had in our minds was coming to fruition as we made our way into the walled city.

Dubrovnik is like something out of a movie, and in fact, it’s because of this aesthetic appeal that the popular HBO T.V. series, Game Of Thrones, filmed many scenes here. And actually, while we were in the city, Star Wars was gearing up for filming as well.

The city is literally a movie set.

Running through the main part of the walled town is the wide Stradun Road. This boulevard starts at the west gate, and ends at the east gate. To the north and south of this street are small lanes with many stone steps climbing up a hill.

On the first few flights of stairs, we came across hotels, restaurants and shops. The higher up we got, the quieter the streets became and the more residential it felt. Women dried their laundry on lines hung-up outside of their windows, men worked on repairing buildings, and children played on the school grounds during their break.

For the most part though, the streets were empty.

We encountered some rain during our stay in Dubrovnik, which hindered some of our exploration, but we still tried to get out as much as possible, and regardless of the weather, we were in awe of this tourist hot-spot.

We wandered down practically every lane within the well-intact walls, entered into the many beautiful churches and monasteries, and drank coffee in the squares as the locals do.

When the rain let up, it was time to do what we had been waiting for since day one. We walked on top of the fort walls! The walls run for 2 kilometers, are 4-6 meters wide in some parts, and they’re up to 25 meters high. (Note: It costs $17.50 to walk the walls)

The views from the top were spectacular!

From atop the wall, we had the perfect 360 degree vantage point. To the south were views of the Adriatic Sea and the nearby Lokrum Island. To the west was the lush Gradac Park and the St. Lawrence Fort (also known as Croatia’s Gibraltar).

To the north were towering mountains with a cable car climbing to the summit, and to the east was the harbour, the Adriatic and the highway running to the countries of Bosnia & Herzegovina, and Montenegro.

We enjoyed all of those views while looking outward from the walls, but when we looked inward, we were also given fabulous views…the red-tiled roofs that we had wanted to see for many years!

Needless to say, we were very happy that day.

Walking the perimeter of the fortress walls is the main attraction of Dubrovnik, but since we had five nights in the city, we had more time to explore and “get lost”, which we always love doing.

We wandered outside of the walls and somehow made our way to the nearby Gradac Park. Having a green space so close to the old town was fantastic.

There was a great walking path meandering through pine trees, and due to the rains, the air was fresh and crisp. We followed the pathways until we became tired, and made our way down towards sea level. Here we found huge boulders lining the water and a fishermen hoping to catch some dinner.

We scrambled up the jagged rocks to the top of a hill, and found ourselves enjoying awesome views of the St. Lawrence Fortress. The loop we had created for ourselves turned out to be pretty scenic.

On our last morning in the city, the sun came out and the sky was pure blue…typical!

So, we decided that before we checked out of our apartment and drove our rental car south to Montenegro, we would go on the Game Of Thrones walking tour. We’re huge fans of the show, and by this point, we were in the middle of watching the series for a second time.

We met up with Tom from Tours By Locals, who would be our private guide for the day. He was actually the original creator of the tour, which is a genius idea. We spent about three hours with Tom who brought many of the famous scenes to life for us.

Together with some CGI effects, Dubrovnik was transformed into King’s Landing. The St. Lawrence Fortress was the location for many of the famous scenes, as was the area inside of the western gate – which is the set of one of our favourite scenes: when King Joffrey has horse manure thrown at him!

The tour was an excellent way to end off our stay in the fairytale city of Dubrovnik. Off to our next country…Montenegro!

Read Next: Magical Montenegro – Experiencing The Bay Of Kotor

We were visiting at the end of February, which meant it was the off-season. Because Dubrovnik is basically just a tourist town, many of the restaurants and shops were closed, as there were hardly any people around to cater to.

Luckily, we had an apartment for our stay, which meant that we could pop into the grocery store and buy some food to make at home – not to mention, this helped out our budget as well!

Just a FYI, you may choose to visit after March 15th, when most of the businesses are back in action.

Check out our video of Dubrovnik!

Have you been to Dubrovnik before? What did you think of the city? Share with us below!

A big thank you to Celenga Apartments for hosting us during our stay – and for providing us with umbrellas! Another thanks to ToursByLocals for bringing the Game Of Thrones series to life for us 🙂 As always, all thoughts, opinions and reviews remain our own, despite any complimentary services received. 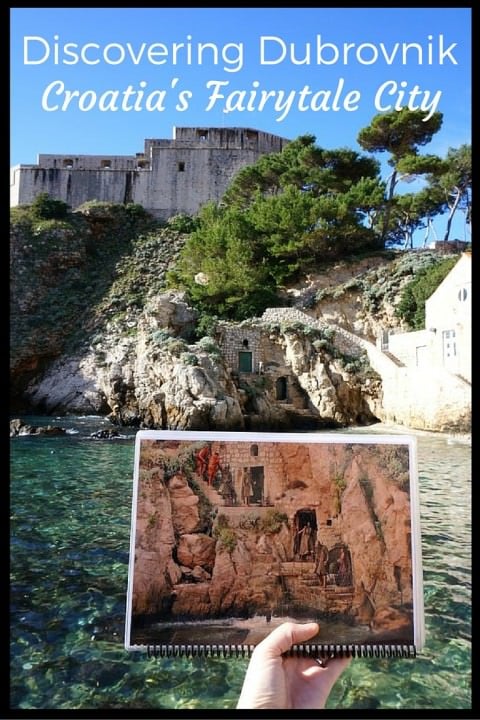 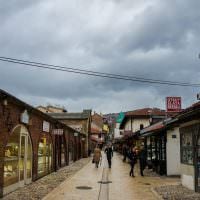 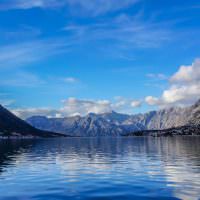