It’s 4:00 a.m. and Nick has been violently hurling into the toilet since midnight. Our minibus to take us on the 10 hour journey from one of our favourite cities in Mexico (San Cristobal) to Guatemala is due to arrive in three hours.

But before we get to the travel day, let me rewind a few hours to see how this all happened…

Dariece: “This is our last night in Mexico, since we’ve been eating lots of international food lately, let’s go out for one last amazing Mexican meal!”

Nick: “Sounds good. Isn’t it awesome that we’ve travelled through Mexico for almost 6 months and have never been sick?”

At the popular Mexican restaurant, I opted for al pastor meat, while Nick went for the chorizo. We inhaled our fantastic burritos covered with all sorts of spicy salsas and sauces, and drank our final Dos Equis beers. We were feeling a bit sad to be leaving a country we love so much, one that stole our backpacker hearts.

Later that night, while dying on the bathroom floor, Nick wasn’t feeling the Mexican love. The pains and cramps in his stomach were unbearable, he couldn’t get comfortable and was having hot flashes, followed by cold shivers. It was official, he had food poisoning.

At 4:00 a.m. when it became clear that we wouldn’t be going on our pre-paid bus in 3 hours, I went downstairs to chat with the 24 hour receptionist. We were staying at Rossco Backpackers Hostel and I told the friendly man that we needed to cancel the bus. The staff member waited until the bus company opened at 6:00 a.m. and then came up to our room to deliver the bad news.

We could cancel the bus, but wouldn’t receive any sort of refunds. He was very apologetic and felt really bad about not being able to sort out a deal with the company for us, but we didn’t care about the money, all that mattered was that Nick was able to sleep and feel better.

If there’s one thing we’ve learned after 5 years on the road, it’s to never travel while having food poisoning. Too many times we endured travel days that consisted of us throwing-up into plastic bags, puking out the window of a bus, or almost shitting our pants (literally).

It’s embarrassing to be ill in front of people and it’s disgusting for the other passengers of the vehicle who have to listen to it! For us, it doesn’t matter how much money we’ll lose out on, if we’re sick, we’ll spend the day in bed rather than trying to survive a day of travel.

So, we spent another night in our comfortable room at the hostel. Since I wanted to take care of Nick and didn’t feel like going out and dining alone. The hostel ordered a Domino’s Pizza for me! Yep, I had a very American meal in Mexico. However, for my other meals, it was great that Rossco had a communal kitchen so I could make myself some food, and prepare soup and tea for my sick spouse. During that extra day at the hostel, the staff still tried their best to get our money back from the bus company. Talk about going above and beyond.

After a full 34 hours of being incredibly ill, Nick finally came around and was able to get on a bus bound for Guatemala.

The minibus was filled with 16 other westerners and one Mexican national. It picked us up at 7:30 a.m., but since we waited until the last possible moment to book our bus ticket (to make sure Nick could handle a travel day), this meant that we were the last people to be picked up. We were stuck at the very back of the minibus with seats that were incapable of reclining, and a very grumpy English woman in the seat in front of us that insisted on reclining her chair…all the way back, into Nick’s lap.

Not the best start.

But, not even a grumpy backpacker or food poisoning could ruin this journey for us. We were so excited to be heading further into Latin America and stamping into our 46th country! The ride on the Mexican side was smooth and simple. Our minibus cruised along the well-paved roads with ease, passing by beautiful farmland with the morning mist still hovering over the crops. The scenery was incredible and after three hours, we stopped for a breakfast break.

Now, if there’s another thing we’ve learned from backpacking the world, it’s to bring our own food on travel days! The bus stopped at a typical tourist trap, which served a cold buffet breakfast at 95 pesos / person (that’s almost $8 Canadian!) As people complained about their overpriced breakfast, we chowed-down on cold, leftover pizza, fruit and crackers.

By around noon, we arrived at the dusty border town and after paying 20 pesos ($1.30 USD), we were officially stamped into Guatemala. But, the journey wasn’t over yet.

We transferred buses and after another 5 or so hours of winding through the mountainside, we arrived at the incredible Lake Atitlan! The minibus dropped us off in Panajachel, the lake’s biggest town, and from there we boarded our first lancha (taxi boat) to take us to the private dock at the lovely Uxlabil Eco-Hotel where we would be spending 5 nights. Located just outside of the little village of San Juan, we knew this would be an excellent spot for us as soon as we arrived. We were greeted by the smiling faces of the staff and couldn’t wait to check-in.

It took us about 10.5 hours to get from San Cristobal to San Juan, and in my opinion, the journey was a fairly simple process…but it definitely wasn’t the easiest task Nick has undertaken. We’re very happy to report that he survived the journey (although he was sick again for another 5 days!)

Guatemala, we have arrived 🙂

For more info on San Cristobal (which is a city we LOVE!), check out our article that we wrote last year after spending 5 days in the city.

Have you had food poisoning before and had to endure a travel day?! Share with us below 🙂

A huge thank you to Hostels Club and the staff and owner of Rossco Backpackers Hostel! Everyone went above and beyond to help us and were very accommodating. This was our second time staying at the hostel and we highly recommend it to anyone. Another big thank you goes out to the staff of Uxlabil Eco Hotel, everyone was so amazing, the views were incredible and we absolutely loved our room and the food at the restaurant!

All thoughts and opinions remain our own, despite any complimentary services given. 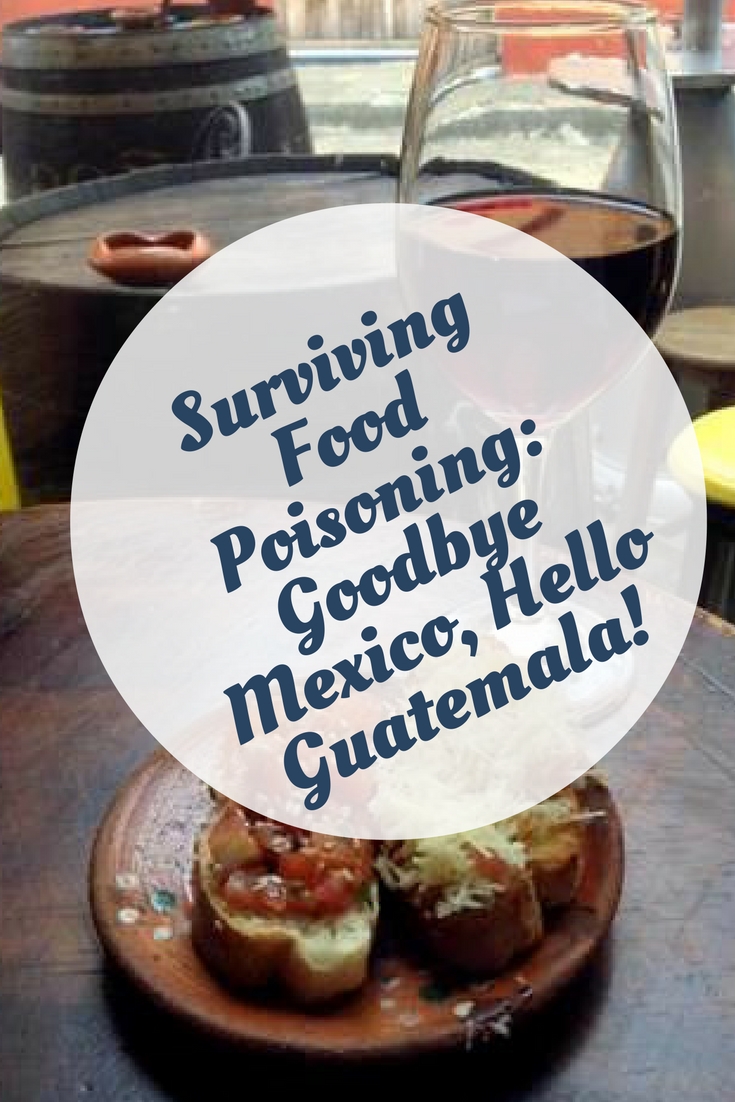 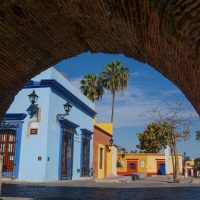 Not Feeling the Romance in Oaxaca City