Goats On The Silk Road: Where in The World Are We?

We’ve been blogging away, writing endless posts about this enchanting, little-visited land known as Central Asia. But what is Central Asia? Where the hell are the Goats? I think it’s about time that we fill our readers in on the area and why we’ve decided to travel here.

What Is Central Asia?:

A good way to get a feel for a region is to know a little bit about what happened long ago. I know you’re not here for a history lesson so I’ll make this quick.

330 B.C: Alexander the great left Macedonia and conquered much of Central Asia and some of the Hindu Kush in India.

350 B.C – (arguably) Present Day: The Great Silk Road is born from the wonder and legends of Alexander’s conquests and slowly a network of trading routes begin to criss-cross through Central Asia, stretching from Turkey and Western Russia all the way to China. There was never ONE silk road, but many different routes and trading posts which ran through all the Central Asian Countries, as well the Middle East and Parts Of Europe. China pretty much ran the show sending Silk, Paper, porcelain and medicinal herbs to the west, while the orient received horses, gold, silver and ivory coming the other way.

The Silk Road is perhaps most notable for being the worlds first intercontinental information highway as religion, astronomy and mathematics travelled the roads with more historical significance than any material product.

680 B.C: Islam takes over Buddhism in the region just a few years after the Prophet Mohammed’s death.

1218 B.C: A Governor in present day Kazakhstan kills one of Chingis (Genghis) Khan’s messengers sent from Mongolia and this pisses off the greatest conqueror of all time. He sweeps his armies through the entire region. Nobody can match his archers’ skills as his armies battle their way all the way to the Ukraine. By the time of Chingis’s death in 1227 he owns one of the largest empires in history.

1271-98: Marco Polo and his family travel across Central Asia and Marco writes one of histories great travel epics: “The Travels Of Marco Polo”.

The 1800’s: The Russian’s come and swiftly (and cheaply) take over all of Central Asia. They bring with them a new dress code and the attempted abolishment of Islam in the region (it didn’t work).

1991: All soviet republics of Central Asia claim independence from Russia. As they iron curtain rises from the lands, not all is positive. Subsidies stop coming from St.Petersburg and many of the Central Asian nations fall into an economic crisis.

Much of Central Asia’s population speaks Russian as a unifying language. In Northern Kazakhstan and many Central Asian cities there is a large population of ethnic Eurasian Russians. However, Russia’s liberal fashion sense and ethical behaviour is only left in small pockets, with much of the region returning to its conservative Islamic past.

The influence of Chingis Kahn also continues to resonate in the region, with each Central Asian republic claiming that he was a direct descendant of their ancestors. Even today, tracing one’s bloodline back to the conqueror is a source of great pride.

Islam is a large part of life for many Central Asians, though outside of Afghanistan there are very few extremest and many muslims even drink alcohol and wear shorts! There are mosques in every village and town and many make the pilgrimage to mecca (haj).

Why Did We Decide To Come Here?

Central Asia is spoken of in hushed tones amongst adventurous backpackers. This great, unknown spot on the map has been calling to us ever since we first heard stories of its wonder and cultural diversity. Perhaps one of the few places on our planet yet to be “discovered” by mass tourism, Central Asia has all of the main tourist draws without the throngs of visitors.

The region boasts stunning mountain scenery, immense steppe, dazzling alpine lakes, bewildering architecture, beautiful beaches, great fishing, unbelievably hospitable people, a dying nomadic lifestyle and some of the world’s most scenic drives. All of this excitement moves to the slow, welcoming tune of the Imam’s call to prayer that can be heard in any of these Islamic nations. 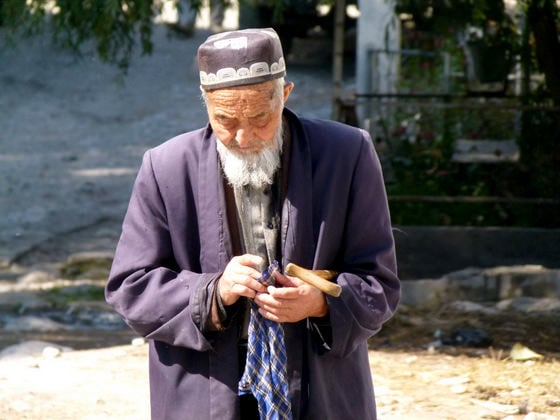 We are in Central Asia, a vast and astonishing place with something new to learn around every corner. We’ve slept with local families in their yurts, we’ve hiked over mountain passes on foot and trekked on horseback, we’ve dined in 5 star restaurants and gnawed on gristly mutton fresh from the fire pit. We’ve slept in beautiful hotel rooms and camped under the stars. We’ve learned about Islamic culture and about local traditions that vary between each neighbouring country. We’ve had our eyes opened as wide as they’ve ever stretched at the hands of world travel, and we’ve only just begun. We’ve barely dipped our toes in the vast pool that is Central Asia and we can honestly say… we love it.

Did you already know about Central Asia? Have you been here or hope to visit? Let us know below! 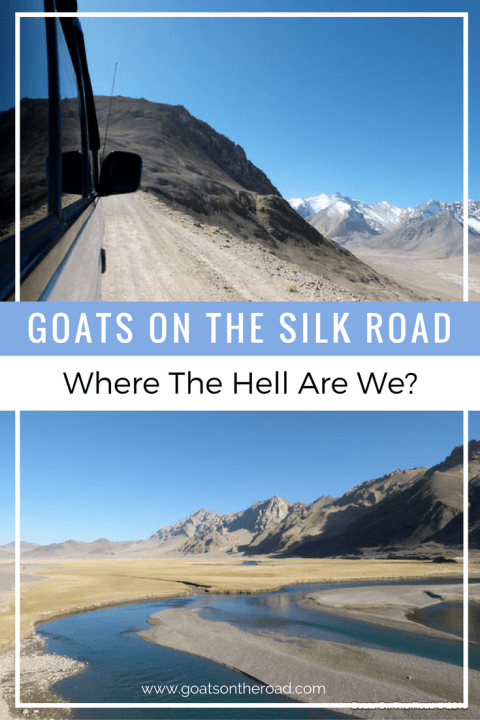