London Calling! Our 48 Hour Layover in This Famous City

Have you ever found yourself in the incredible city of London with just a couple of days to spare? We were there in 2011 and found ourselves back there again at the end of our trip through Mongolia, Central Asia and Iran.

It was the last stop on our way home after a 5.5 month journey.

Our flight went from Tehran to Istanbul to London. We flew between time zones and completely lost track of what time it was, where we were or what day it was. We felt nauseous from the lack of sleep but that didn’t matter. When the plane touched down at Stansted Airport, we were recharged with a whole new energy!

Our friend Jason, who we had met during our 2 week trip through the Pamir Mountains, was gracious enough to host us during our 2 day stay.

Having travelled through Iran as well, he knew what we would be wanting as soon as we got to his apartment: beer & wine. He had many bottles of each and we got caught up over some drinks and some delicious homemade food.

It was shocking being back in the western world after 32 days in Iran. Women weren’t wearing headscarves and were showing the shape of their bodies in public. Liquor was for sale everywhere and we could use our ATM and Credit Cards at the machines. Happy Days!

Our goal in London was to spend our days being as English as possible.

First on our list was a Full English Fry-Up, also known as a heart-attack on a plate! Nick and Jason devoured fried eggs, bacon, sausage, bubbles n’ squeak, beans, fried mushrooms, toast and finally, black pudding. Quite the way to start the day.

Going to London wouldn’t be complete without stopping in for a few pints at various local pubs. During our 48 hours there, we went to four different ones. Each had amazing character, and the expected pub smell of stale beer and pine.

We revisited the Parliament Building and Big Ben. We wandered through the Christmas Market along the River Thames and saw the gorgeous Tower Bridge lit up at night. We rounded the day off by watching the sun set over the St. Paul’s Cathedral from a nearby rooftop.

Spending a couple of days in London was the perfect 1/2 way point between Iran and Canada. It got us back into the Western ways of thinking and acting and prepared us for our long journey back to North America.

When our plane touched down at the Vancouver Airport, it felt weird. Although we were excited to be home after over a year and a half of being overseas, it was a strange sensation that our recent Central Asia trip was over.

It felt like it flew by and we couldn’t believe that we wouldn’t be sleeping in another yurt, riding another horse or trekking over any high altitude passes. That chapter of our travel lives had concluded.

Now we had Christmas, visiting with friends and family and planning our trips for 2014 to look forward to!

Have you ever been to London? What would you recommend people see and do there? Share with us below! 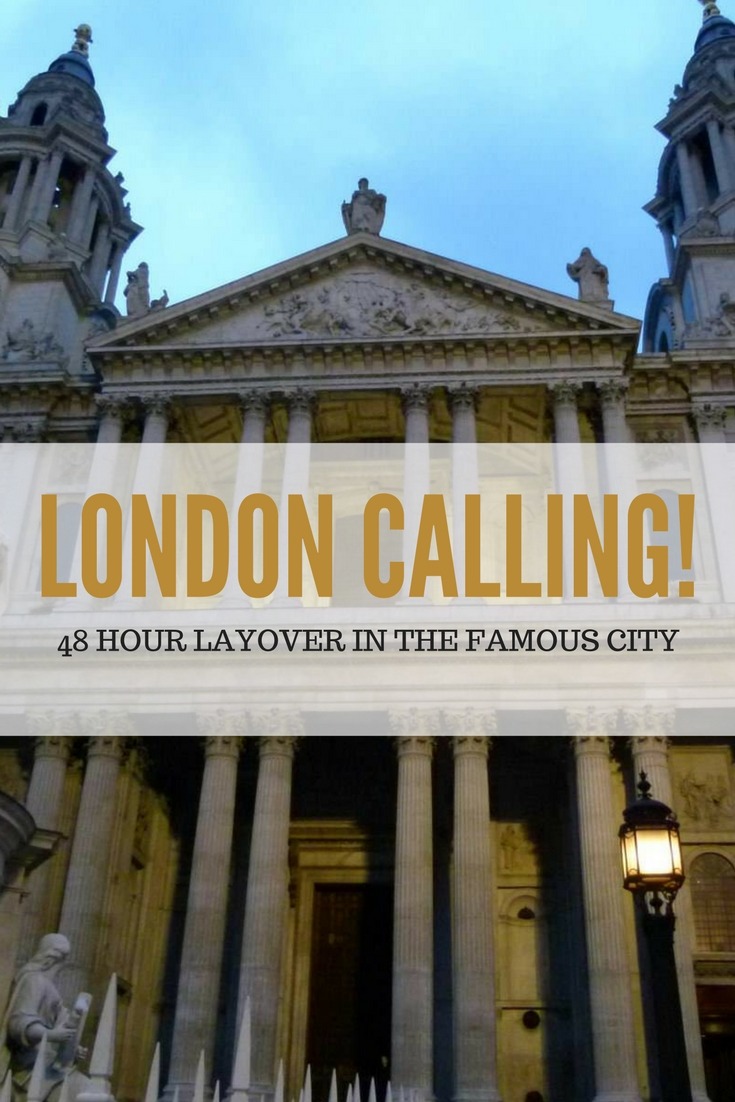 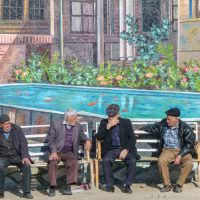 Tabriz & Tehran: The End Of Our Epic Adventure! 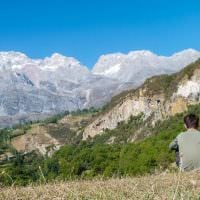 A 5 Month Round Up of Central Asia & Iran: Highlights Of Our Journey Through The Least Touristed Region On Earth

14 thoughts on “London Calling! Our 48 Hour Layover in This Famous City”