London is simultaneously one of the most modern cities on earth, while at the same time boasting a rich history that’s clearly visible at every turn.

Contemporary architecture sits seamlessly alongside modern high-rise buildings like the Gherkin and ancient traditions are maintained as it embraces and develops cutting edge technology.

This curious mix makes the capital city of England a fascinating place to visit and is part of the reason why it’s home to almost 9 million people. There is so much to occupy your time here, and unique experiences to have in London that it can be hard to narrow down the options.

Things To See and Do 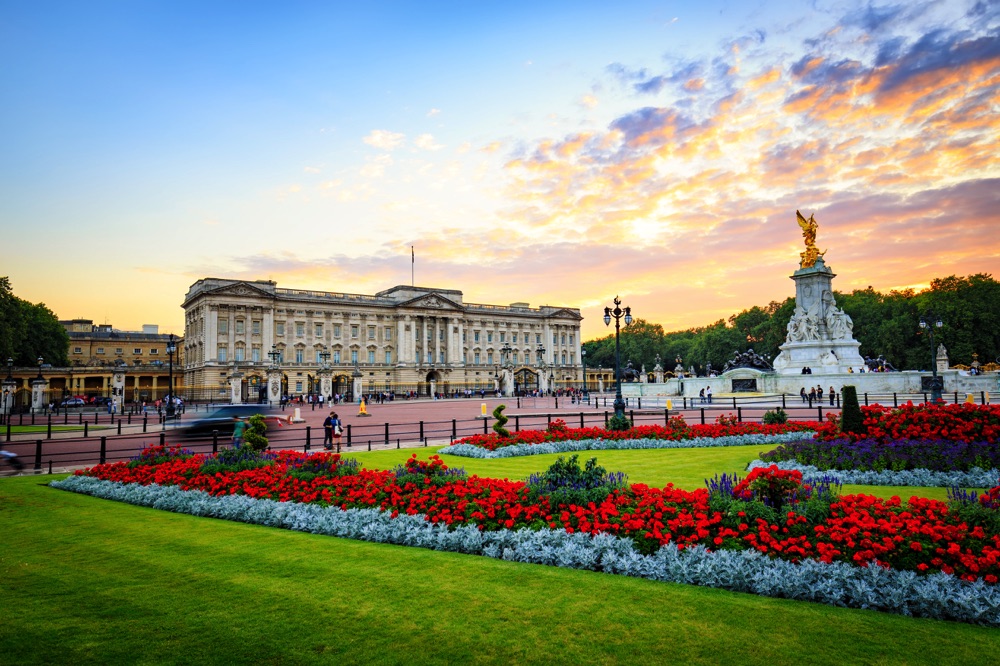 Self-guided walking tours featuring seven distinct routes, all mapped out for you. Whether you’d like to stroll through the suburbs, woods and parks, iconic landmarks, or something else, you can download route directions right here.

All major public events in the capital – carnivals, fairs, open theatres, and more – cost nothing to attend! You’ll find an events calendar here.

This is where the Queen of England actually lives when she’s in London and has been home to the British Royal Family since 1837.

Though you can’t actually enter the grounds other than for a short period during the summer months, it’s still a spectacular building to look at from the outside.

The Palace of Westminster & Big Ben

Alternatively known as the Houses of Parliament thanks to being the meeting place for the Parliament of the United Kingdom, The Palace of Westminster is a grand complex overlooking the River Thames.

It’s one of the most recognizable buildings in the capital city and is also home to Big Ben.

Though many people believe this to be the name of the clock tower, it actually refers to the enormous bell within it that has chimed out across the city for over 150 years.

The Palace of Westminster looks particularly spectacular seen from across the river at night when its illuminated reflection appears in the River Thames. 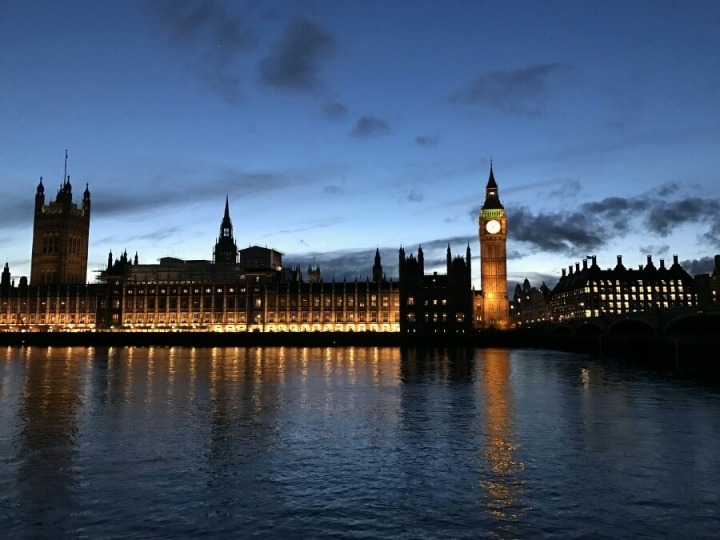 This vast cathedral dates back to the 17th century, and its giant dome dominated the London skyline for over 200 years throughout which it remained the tallest building in the city.

Even though it has been eclipsed by the many skyscrapers that have been built over the past 40 years, it’s still one of London’s most impressive and recognizable buildings. It’s a working church and services of worship are still held here at various times each day, as well as other significant ceremonies and celebrations. 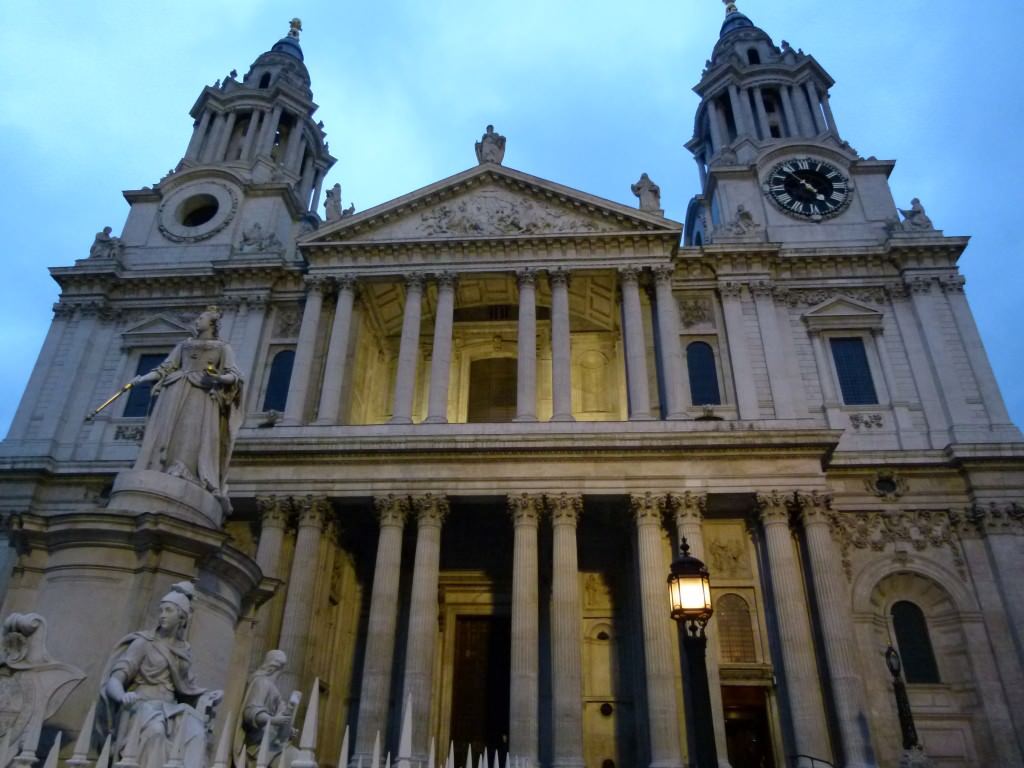 Westminster Abbey, the church where royal coronations and burials have taken place for ages, is normally 20 GBP to visit. If you’re there to worship on Sundays, it’s free.

London is home to some of the most famous and prominent art galleries in the world including the Tate Britain and its contemporary art namesake the Tate Modern, the Saatchi Gallery and the National Gallery.

You’ll find the works of virtually every leading artist on display at any one time in London making it the perfect destination for any art buff.

Even if you don’t know your Van Gogh from your Dali, many of the galleries are housed in impressive buildings and are free to enter.

Often referred to as the greatest museum in the world, the British Museum has a mind-blowing collection of historical artifacts, treasures from across the globe and artwork covering a two million year period.

The Natural History Museum also has an impressive collection that spans even further, stretching billions of years. There’s a large collection of virtually complete dinosaur skeletons, huge amounts of information on the history and formation of the planet, as well as the most up to date learnings on the natural world, spread out across 36 galleries.

Constructed to mark the turn of the millennium, the London Eye was at that time the largest Ferris wheel in the world. Though it’s since been surpassed in height by various developments, today it still forms a prominent part of the London skyline.

From the large glass capsules, you get a unique, uninterrupted bird’s-eye view out across London. 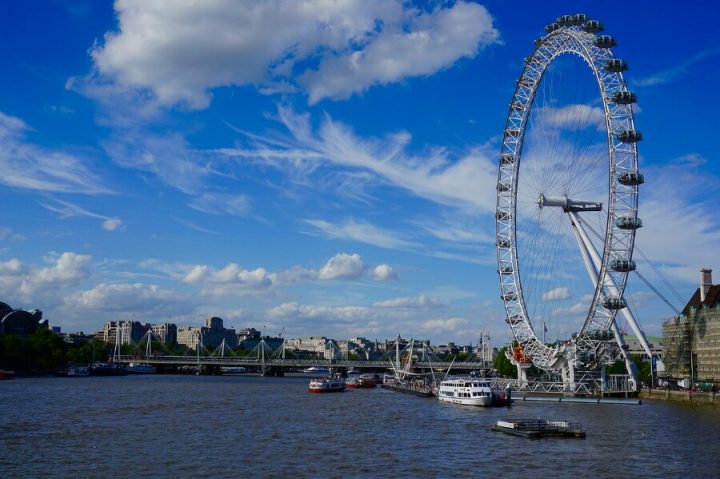 One of the most historically significant buildings in the city, the Tower of London’s 900-year narrative is as notorious as it is illustrious.

Tours are conducted by enthusiastic and knowledgeable guides who will regale you with tales of betrayal, treachery and deceit.

See the mesmerizing Crown Jewels which are on display here, learn about the gruesome events that have taken place within the walls as well as the ghosts that are said to inhabit the building to this day. 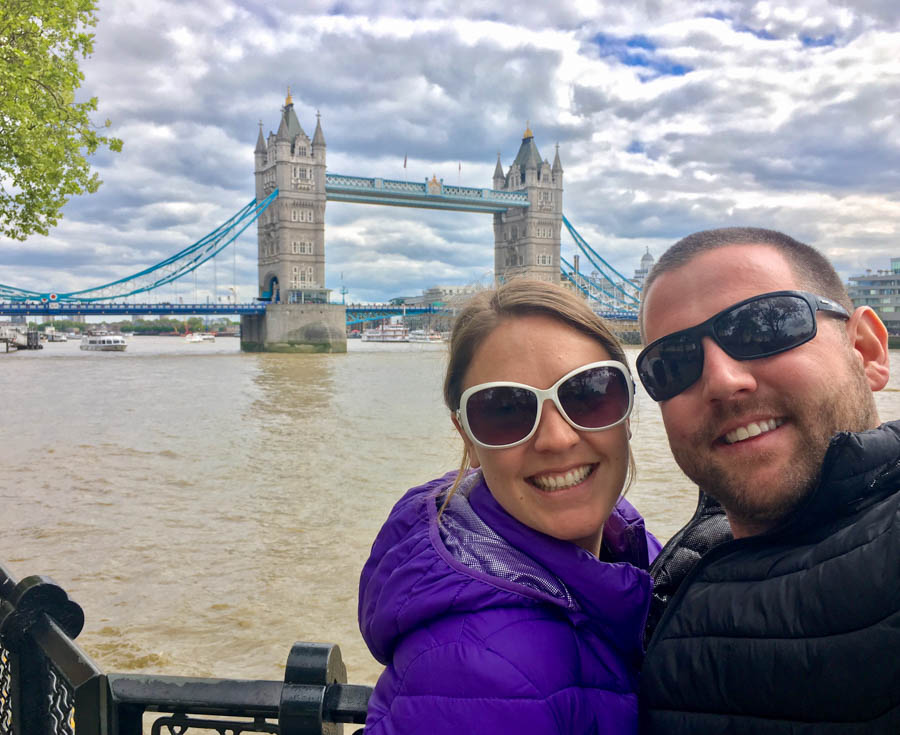 Put simply, London is huge and as such has a wide variety of accommodation options open to you. Most of the major attractions are located within a relatively small distance of each other in the centre of the city, making Central London the best location to set up base.

Bloomsbury is an ideal starting point to explore the surrounding areas. Only a short walk away you’ll find the popular areas of Russell Square, Oxford Street and Covent Garden as well as the British Museum and London’s famous West End theatre district.

There’s also an underground station in the area meaning it’s extremely convenient to get further afield as well.

If a hotel close to the center of London is more your jam, expect to spend around 100 GBP (or more) per night. In the outskirts of the city, however, that will drop to about 40 GBP.

Hostels will cost you 20-40 GBP for a dorm room, with private rooms starting at 55 GBP.

Of course, as with everywhere else, Airbnbs are huge in London. Opt for an entire flat to yourself, or get to know your local host and book a room in a shared home.

If you’re really on a budget, you can check out the Couchsurfing hosts in London.

No matter where you decide to stay when travelling in London, make sure it’s in a central location. You don’t want to spend your travel days on transportation when you could be out exploring the city. See more: The Complete Guide to London’s Neighbourhoods. 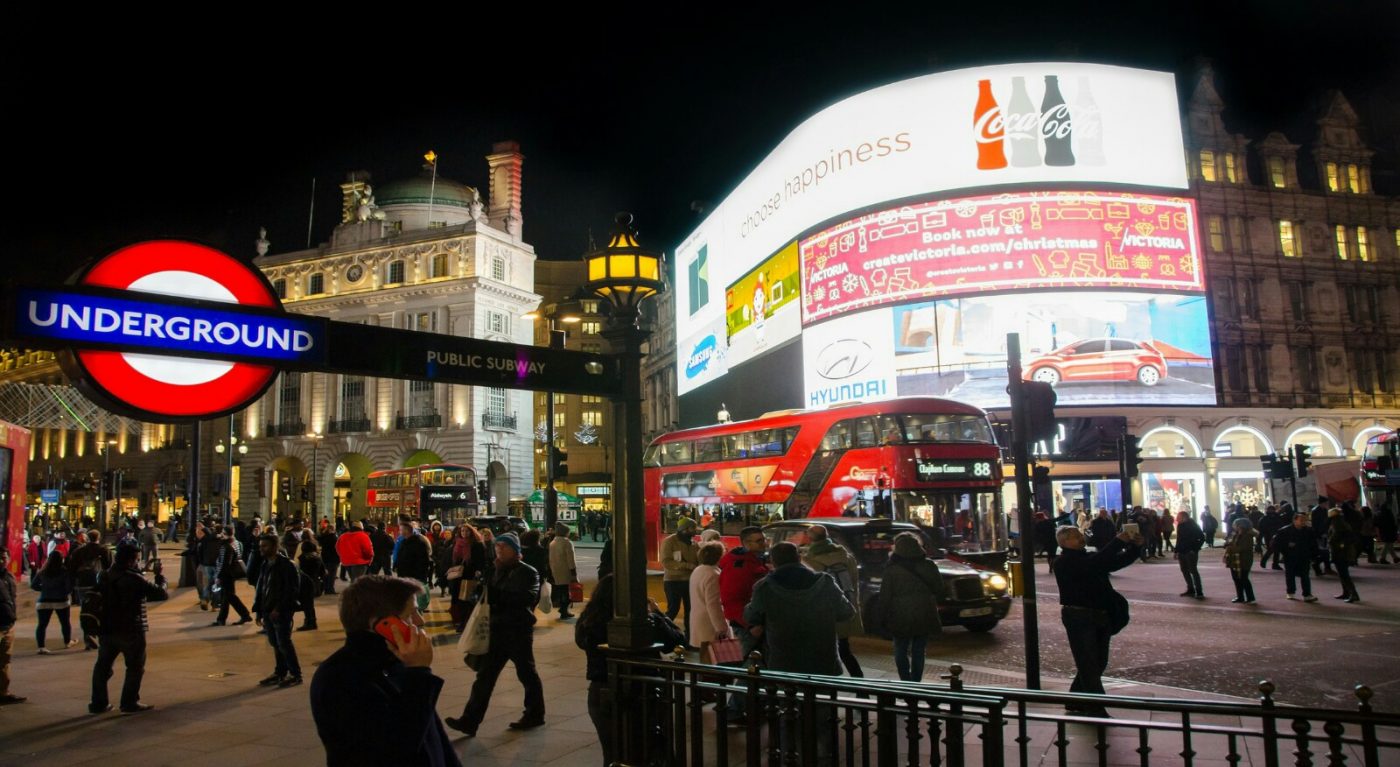 What to Eat and Drink

The Borough Market and Brick Lane both feature lots of food options that fall on the cheap side. Pub fare is always affordable, with fried and homestyle foods on offer. Check out these best historic pubs in London.

For a high-end experience, the Seven Park Place at the St. James’s Hotel is recommended.

It’s described as French-cuisine-meets-the-best-British-ingredients. The food here takes inspiration from the seasons. Expect to spend 58 GBP for a three-course lunch paired with wines.

Here are some dishes you won’t want to miss when visiting London. 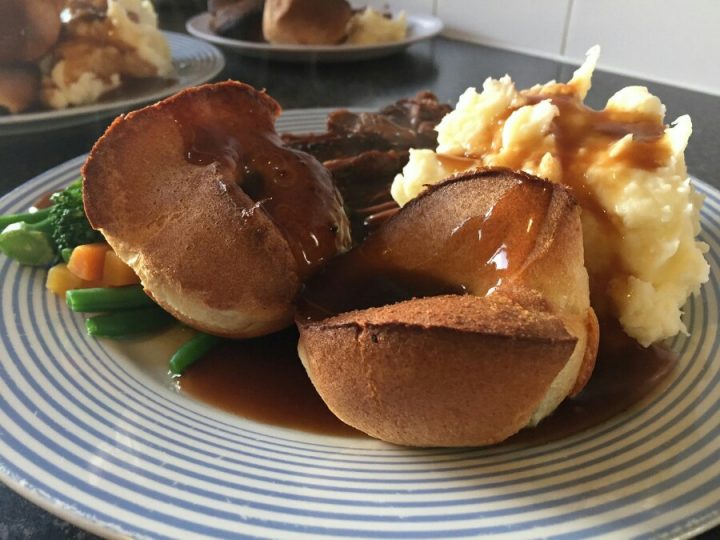 Chicken Tikka Massala – Though chicken tikka masala is served up in Indian restaurants up and down the country, it was actually invented in the UK. This mildly spiced chicken in a creamy sauce has gone on to become the nation’s favourite dish.

Ale – England has a reputation for serving up warm, flat beer, and to an extent this is accurate. Traditional ale is not fizzy but naturally lightly carbonated and has a slightly bitter taste.

Tea – You can’t go to England without drinking a cup of tea, a national obsession amongst Brits. English Breakfast, Earl Grey and Yorkshire Tea are some of the most popular. 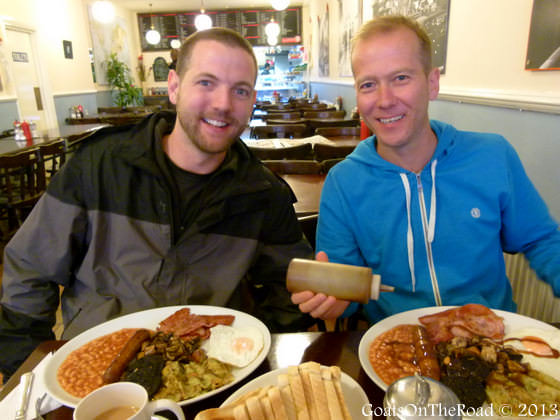 England has notoriously poor weather for much of the year, and though London is a year-round city, if you’re after warmer, drier weather then it’s best to visit during the summer months.

June, July, and August see warm temperatures and less rain than usual, although showers are still frequent. These months are also brighter with daylight lasting up until 9pm.

Winter between November and January sometimes sees snow, as temperatures get low and daylight hours become much shorter.

How to Get Around London

London is an extremely accessible city and there are various methods of getting around — when you can, try to move around by foot to avoid crowds, getting stuck in traffic, and to enjoy all of the sights along the way!

The London Underground or “tube” as it is locally referred to is an underground rail network that covers the majority of the capital and is easy to navigate.

There is also a good bus system, although it can be more tricky to work out the routes.

Within the centre you can hire self-service bicycles at docking stations across the city. There are also black cabs or taxis, but these can work out to be far more expensive than other methods of transport.

Of course, you can always just call a rideshare company, such as Uber, Bolt or Ola. 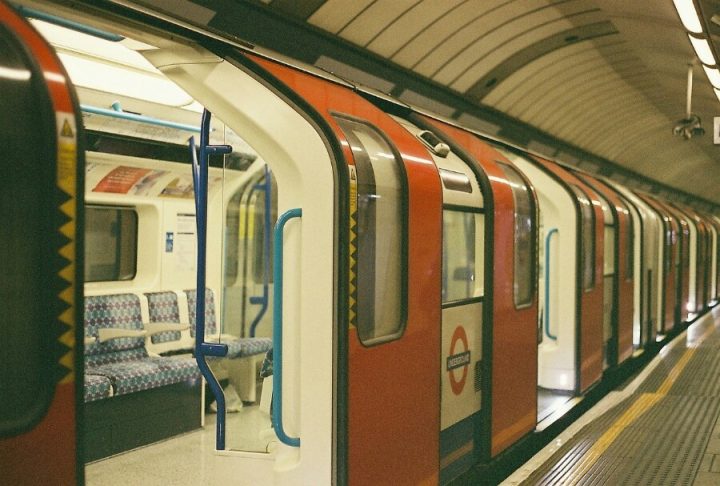 Ready to Travel to London?

London is a city full of history, culture, entertainment, and world-class attractions, and it’s no surprise that over 30 million people visit each year from all over the globe.

There is genuinely something here for everyone, from great restaurants, incredible architecture and classic hotels, it’s a place that you can come back to again and again and keep discovering new things. 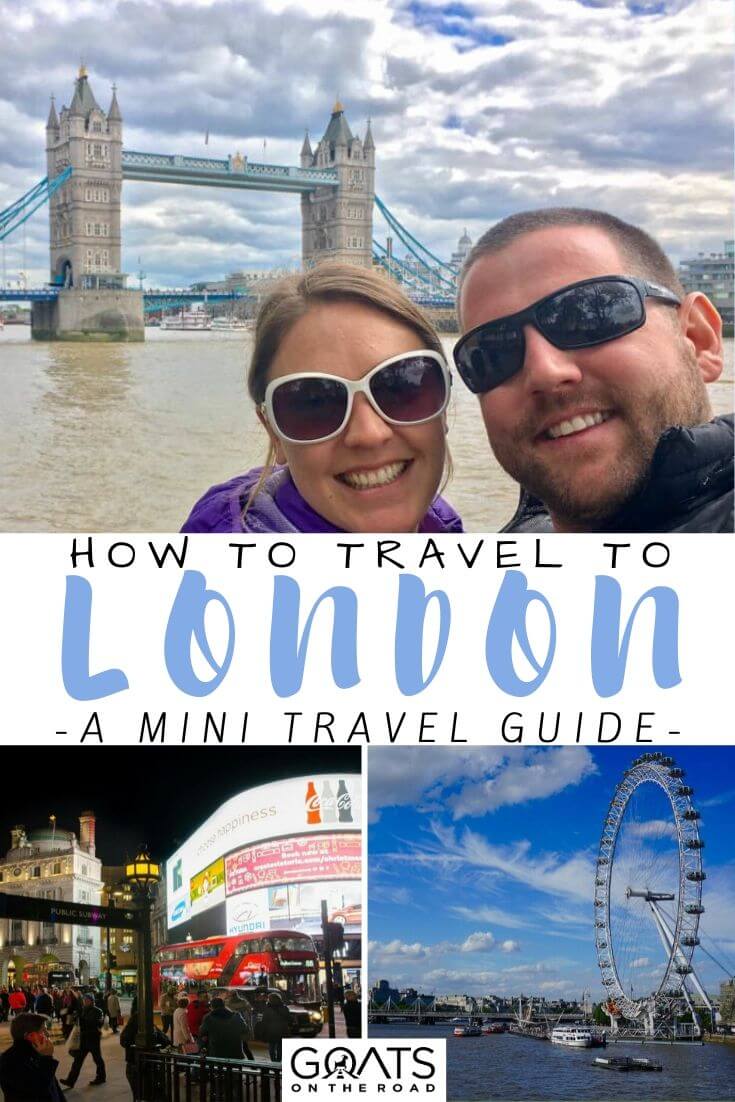 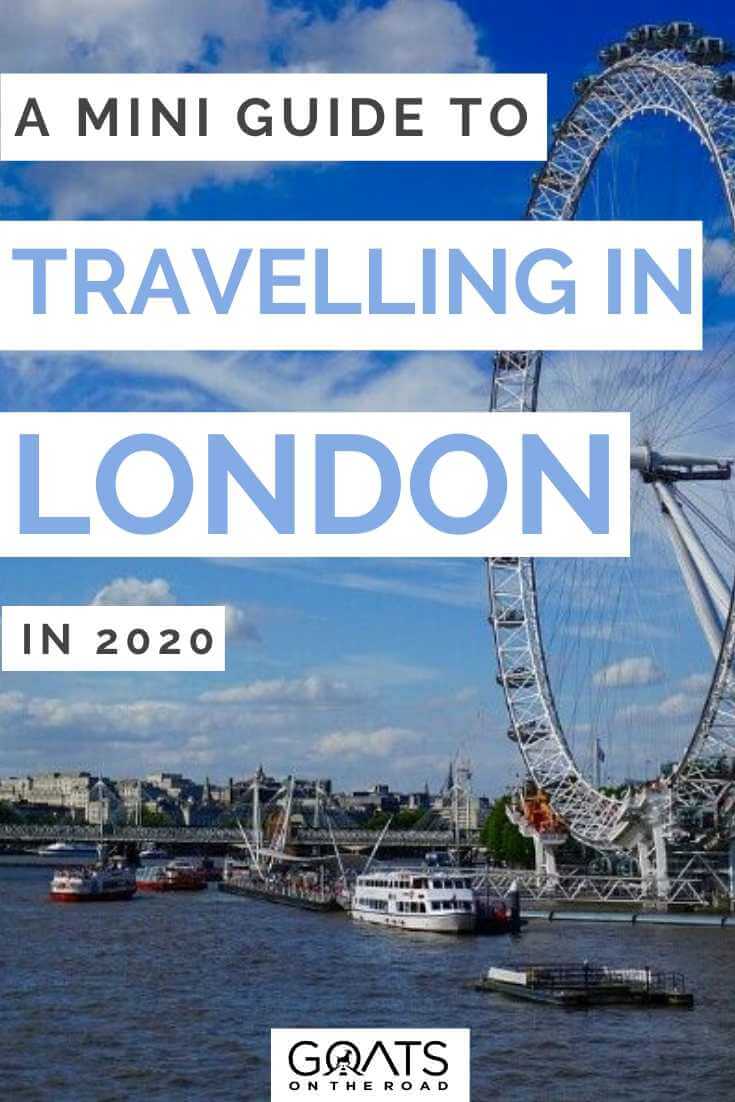 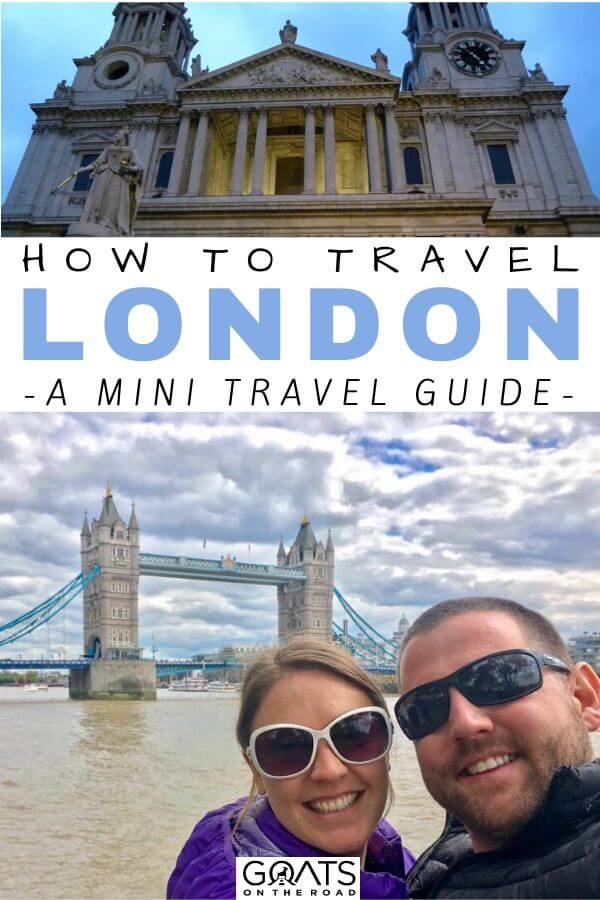 Where to Stay in York: Best Areas and Accommodation

York is a city in England famed for its many great attractions from York Minster to the Shambles and the Jorvik Viking Centre. But where to stay in York to get the most out of a trip to this wonderful city? Below, you’ll discover the best places to stay in York with some great hotels ...
February 1, 2023
By:
Steve Rohan

Where would you guess was the first Christian country on earth? Italy perhaps? Nope! It was Armenia. This small country in the Caucuses was the first nation to adopt Christianity as its state religion in 301 AD. In fact, Christianity began to spread throughout Armenia soon after the death of Jesus Christ. As a result, ...
January 26, 2023
By:
Nick Wharton & Dariece Swift
About
Contact Us
Work With Us
Start Here
Start a Blog
Privacy